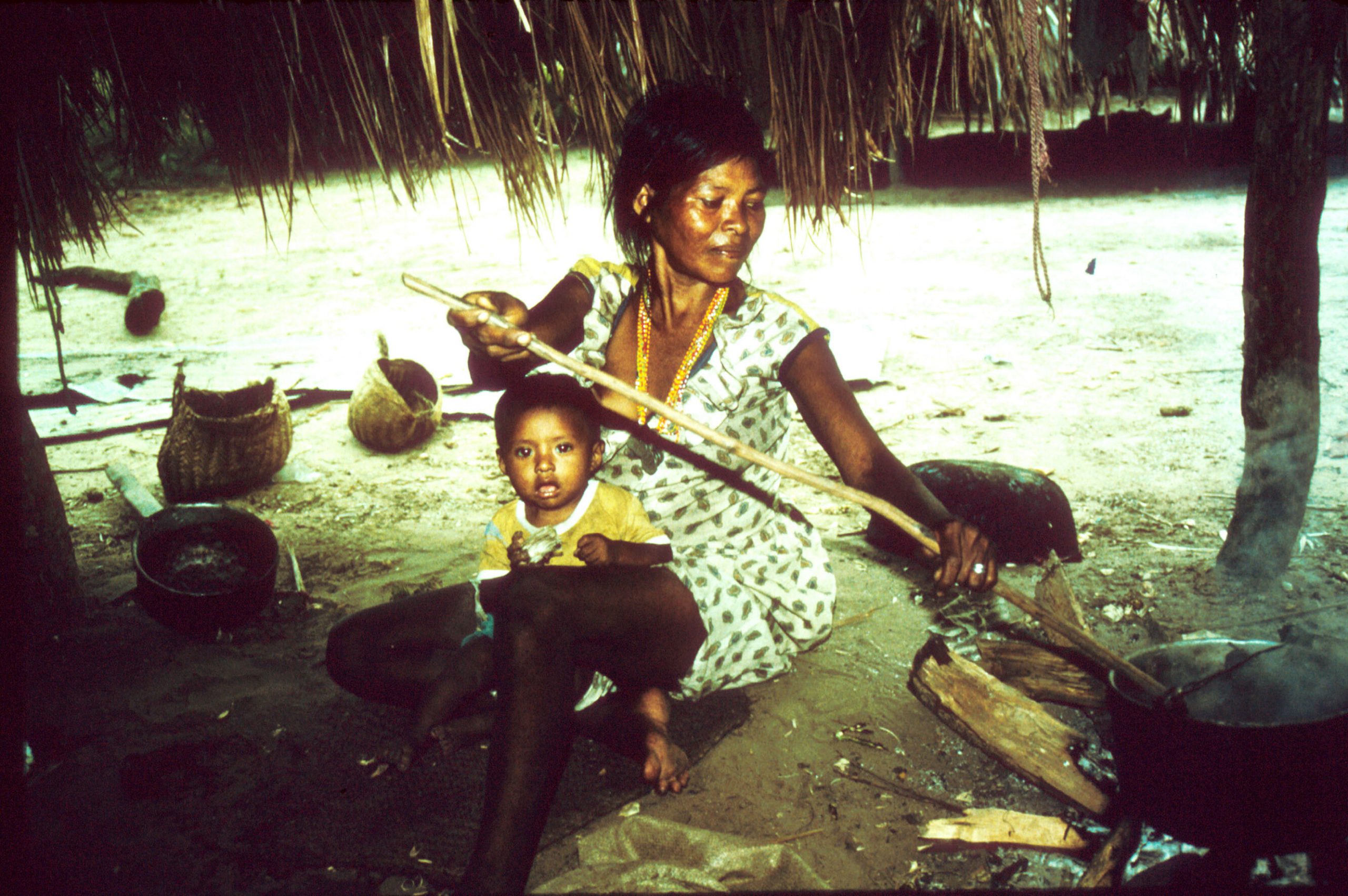 (May 8, 2015)– Hillary Clinton once famously said, “It takes a village to raise a child.” It turns out that’s been true for centuries: New research by a University of Utah anthropologist explains how and why mothers in ancient societies formed cooperative groups to help raise their children.

Karen Kramer, an associate professor of anthropology, published a study in the Journal of Human Evolution titled, “When Mothers Need Others: Life History Transitions Associated with the Evolution of Cooperative Breeding.”

Her research examines how mothers underwent a remarkable transition from the past – when they had one dependent offspring at a time, ended support of their young at weaning and received no help from others – to the present, when mothers often have multiple kids who help rear other children.

“We simulated an economic problem that would have arisen over the course of human evolution – as mothers became more successful at producing children, they also had more dependents than they could care for on their own,” said Kramer of her research.

“We found that early in that transition, it was a mother’s older children who helped to raise her younger children and only with more modern life histories did mothers also need the cooperation of other adults. This suggests that early human families may have formed around cooperating groups of mothers and children.”

Her findings are departure from earlier hypotheses by other anthropologists. Most hypotheses about who helped mothers in ancient societies point to other adults. Kramer’s study, however, found that it is a mother’s own children who were the most reliable as helpers.

Other key points in Kramer’s study include:

“Human mothers are interesting. They’re unlike mothers of many other species because they feed their children after weaning and others help them raise their children. As an anthropologist, I live and work in traditional societies where, like other researchers, I have observed many times that it takes a village to raise a child. Not only do mothers work hard to care for their young, but so do her older children, grandmothers, fathers and other relatives. But this wasn’t always the case,” Kramer said.

“Deep in the past, mothers likely received no help and consequently had much lower rates of fertility and lost many children. So we have to ask, why do others cooperate with mothers and help them raise their children? This is an important question because you could do many other things with your time beside help someone else raise their children.”

Kramer’s research methodology used a set of mathematical formulas, plugged different variables into them in order to simulate the evolution of families from the past to the present. She said there is still much to learn in the field of anthropology about how humans began to cooperate and how cooperation became more complex over time.

“Humans are extraordinary cooperators. However, most research has focused on adults and we know very little about how cooperation develops in children,” Kramer said.

“We know that the psychological mechanisms that prepare us for a life of cooperation – such as a sense of fairness and the ability to show empathy, share food and help each other – begin to develop in very young children. What we need to explore is what children actually do – how they cooperate and at what price – in societies where they still play an important economic role.”

To read the Kramer’s full study in the Journal of Human Evolution, click here.