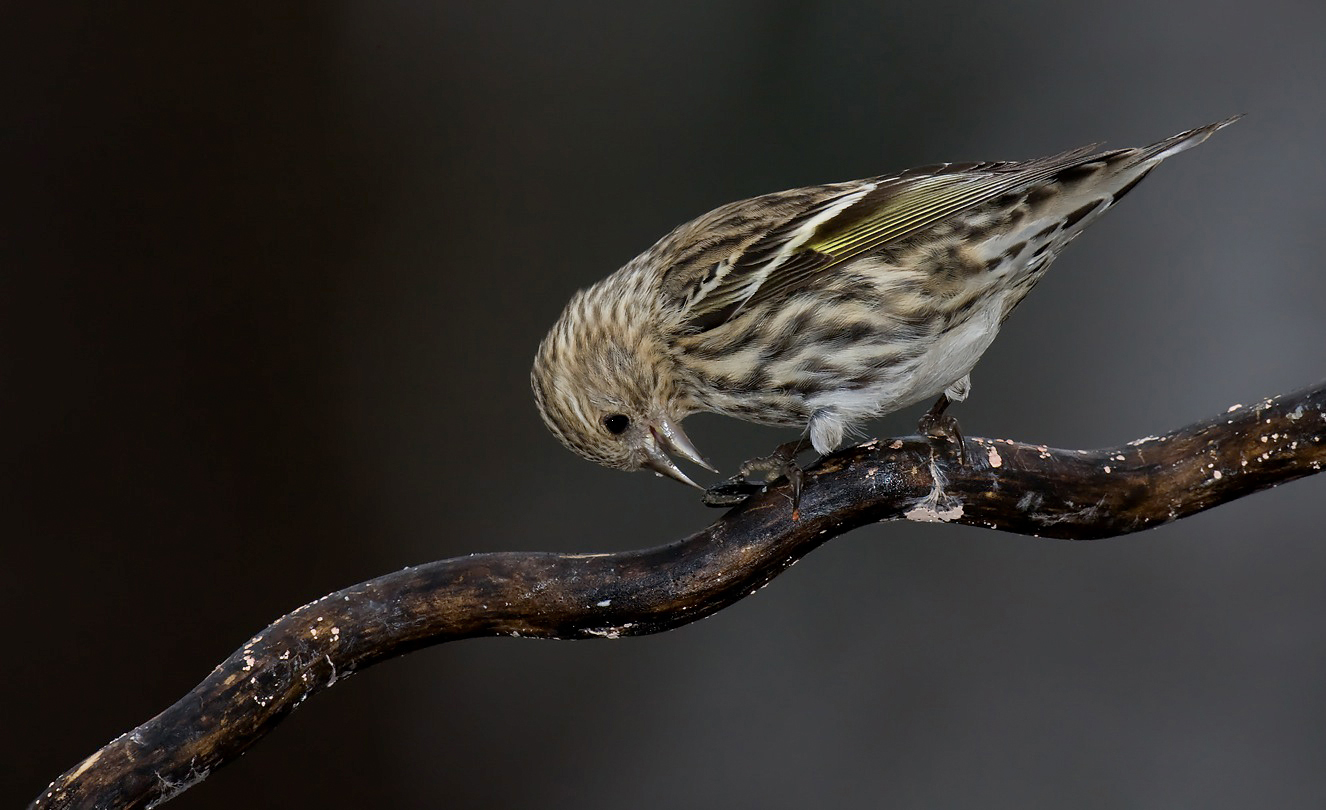 May ­11, 2015 ­– With puzzling variability, vast numbers of birds from Canada’s boreal forests migrate hundreds or thousands of miles south from their usual winter range. These so-called irruptions were first noticed by birdwatchers decades ago, but the driving factors have never been fully explained. Now scientists have pinpointed the climate pattern that likely sets the stage for irruptions – a discovery that could make it possible to predict the events more than a year in advance.

The researchers found that persistent shifts in rainfall and temperature drive boom-and-bust cycles in forest seed production, which in turn drive the mass migrations of pine siskins, the most widespread and visible of the irruptive migrants. “It’s a chain reaction from climate to seeds to birds,” says atmospheric scientist Court Strong, an assistant professor at the University of Utah and lead author of the study.

Many seed-eating boreal species are subject to irruptions, including Bohemian and cedar waxwings, boreal chickadees, red and white-winged crossbills, purple finches, pine and evening grosbeaks, red-breasted nuthatches, and common and hoary redpolls. The authors focused on the pine siskin, a species featured prominently in earlier work on irruptive migrations.

Previous studies have found evidence that irruptions are triggered by food shortages caused by the large-scale collapse of seed production in northern pine, spruce and fir forests.

“We’ve known for a long time that weather was probably important, but prior analyses by ecologists have been unable to identify exactly what role weather was playing in this phenomenon,” says ecologist Walt Koenig, a senior scientist at the Cornell Lab of Ornithology and co-author of the new study incorporating climate science. “It’s a good example of the value of interdisciplinary work,” Koenig says.

To resolve the question, the scientists turned to a remarkable trove of data gathered by backyard birders as part of Project FeederWatch, a citizen science initiative run by the Cornell Lab of Ornithology. FeederWatcher volunteers systematically record bird sightings from November through early April and they gave the scientists more than two million observations of pine siskins since 1989. The crowd-sourced data makes it possible to track the movement of bird populations at a continent-wide scale.

“Avid birders across the U.S. and Canada have contributed sustained observations of birds at the same broad geographic scale in which weather and climate have also been observed and understood,” says co-author Julio Betancourt, a senior scientist with the U.S. Geological Survey in Reston, Virginia.

Pine siskins breed during summer in Canadian boreal forests, where they rely heavily on tree seeds for food. When seeds are abundant, pine siskins in eastern North America largely stay put in the northern coniferous forests of Canada through the winter. But when seed production is poor, pine siskins and other boreal birds move elsewhere to find overwintering habitat with adequate food. During these irruptive years, the eastern populations of pine siskins forage as far south as the Appalachian Mountains. Western populations show less variability in irruptive movements.

In the new study, researchers combined FeederWatch observations with climate data in a statistical analysis. This allowed them to link bird population movements with established patterns of climate variability across North America. As expected, they found that extremely cold winters tend to drive birds south during the irruption year.

This climate “dipole” tends to push and pull bird migrations across the continent. The heaviness of seed production in a given year depends on how favorable the climate was during the two or three previous years required to set and ripen seeds. That means that, in principle, it might be possible to predict irruptions up to two years in advance.

The finding also raises a question about the impact of global climate change: could the perturbation by massive carbon dioxide emissions disrupt the coupling between north and south such that unfavorable conditions unfold simultaneously, leaving birds with poor seed supplies everywhere in some years?

The answer is unknown. “The boreal forest is the world’s largest terrestrial biome and is home to more than half of North America’s bird species,” says co-author Benjamin Zuckerberg, an assistant professor of wildlife ecology at the University of Wisconsin-Madison. “It is likely that these irruptions, driven by climate, are a critical indicator of how climate change will affect northern forests and their dependent species.”

The study, funded by the National Science Foundation, was published today in the online version of the Proceedings of the National Academy of Sciences.