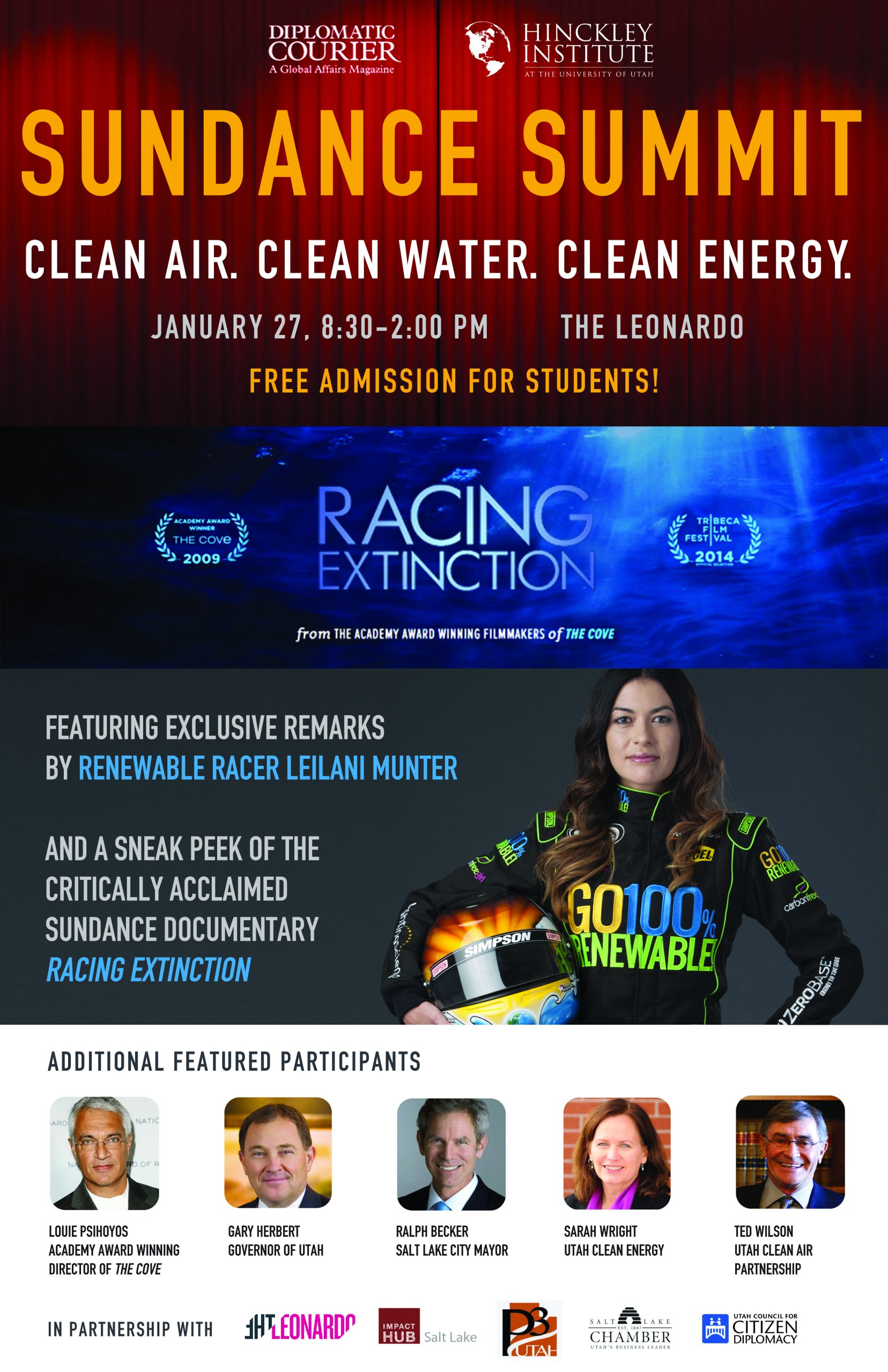 (Jan.26, 2015) —Lights, camera, action! The Sundance Film Festival is in full swing, and with it, the glamour and glitz that accompanies Hollywood’s arrival to Park City for a front seat to some of the best features in indie film.

This year, the Hinckley Institute of Politics is taking part in the annual event, through a new lecture called the Sundance Summit —and the public is invited to be a part of the conversation.

While Park City hosts the world’s leading creatives during the Sundance Film Festival, this groundbreaking meeting of minds will champion the critical topic in “Clean Air. Clean Water. Clean Energy—A Blueprint for a Better Future.”

The idea for the Sundance Summit came from a 2014 UN report stating that it is not a matter of if climate change will affect humanity, but how climate change will affect humanity. The western United States not only experiences some of the worst effects of climate change (droughts, air pollution) but also some of the most exciting innovations. Accordingly, during the Sundance Film Festival, when thousands gather in the mountains of Utah to celebrate the power of film, leaders will simultaneously explore the intersection of clean air, clean water, and clean energy.

The Sundance Summit, which is co-sponsored by the Diplomatic Courier, will take place Jan. 27 from 8:30 a.m.-2 p.m. at The Leonardo (209 E. 500 South). Admission is open to the public and is free for University of Utah students and professors with university IDs, but RSVPs are encouraged to Ellesse Balli at ellesse.balli@utah.edu or 801-581-8501.

Public Private Partnerships for Action (11:20 AM)

Luncheon Address and Preview Screening (12:30 AM)