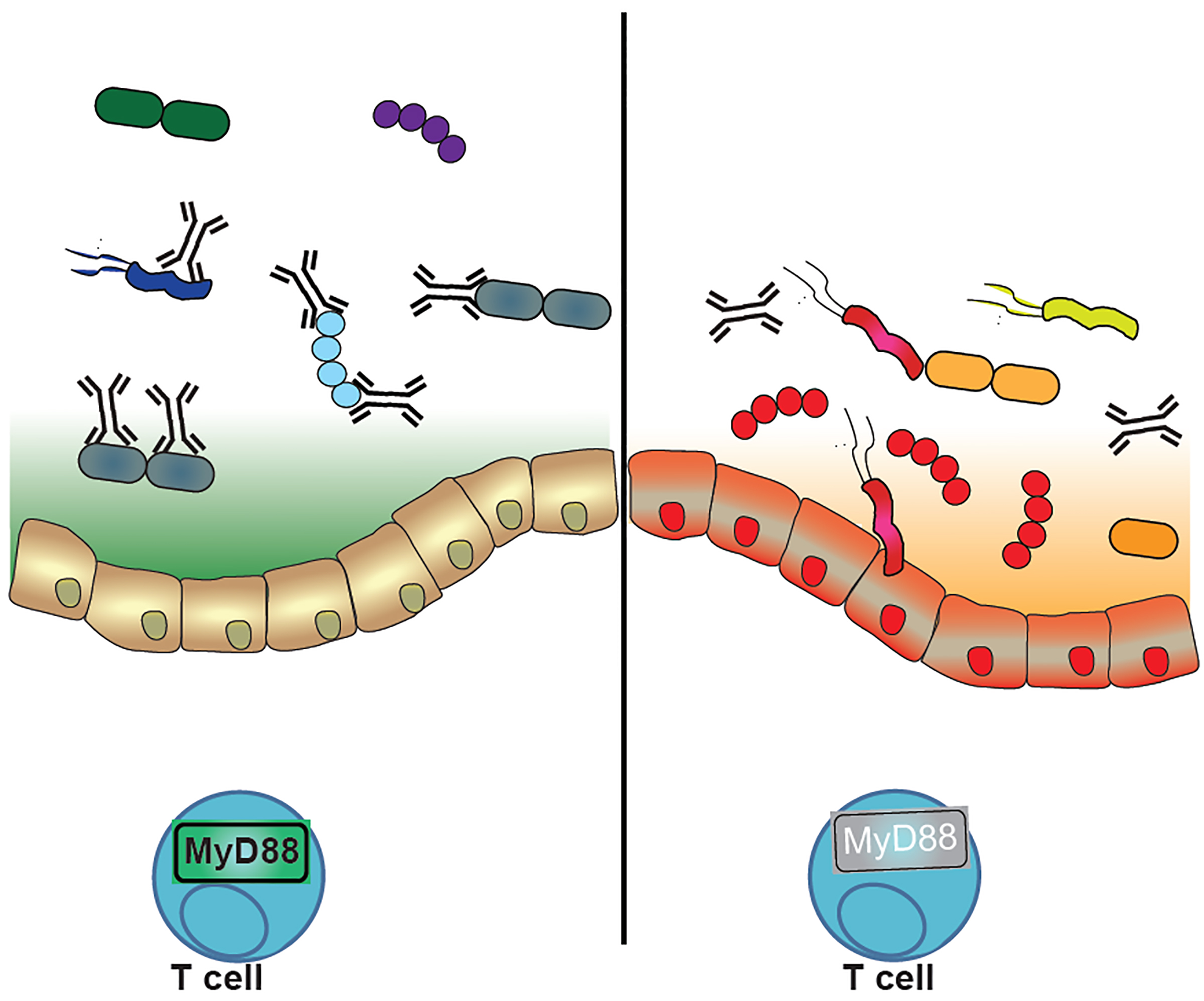 Jan. 22, 2015 – As many as 1.4 million Americans suffer from uncomfortable abdominal cramping and diarrhea that come with ulcerative colitis and Crohn’s disease. These conditions, collectively known as inflammatory bowel disease (IBD), are associated with an imbalance among the thousands of species of “good” bacteria that inhabit the gut. A University of Utah study published on Jan. 22, in Cell Host and Microbe demonstrates that mice deficient for a component of the immune system, a protein called MyD88, have an imbalanced gut bacterial community – with some species dominating over others – and are more susceptible to contracting a severe IBD-like illness. Further, fecal transplants from healthy donors alleviate IBD symptoms in these mice.

The results show that the immune system encourages growth of a healthy community of “good” bacteria that is important for digestive health. This perspective on immune system function is in contrast to its best-known role as the first line of defense in the fight against pathogens, including invasive bacteria.