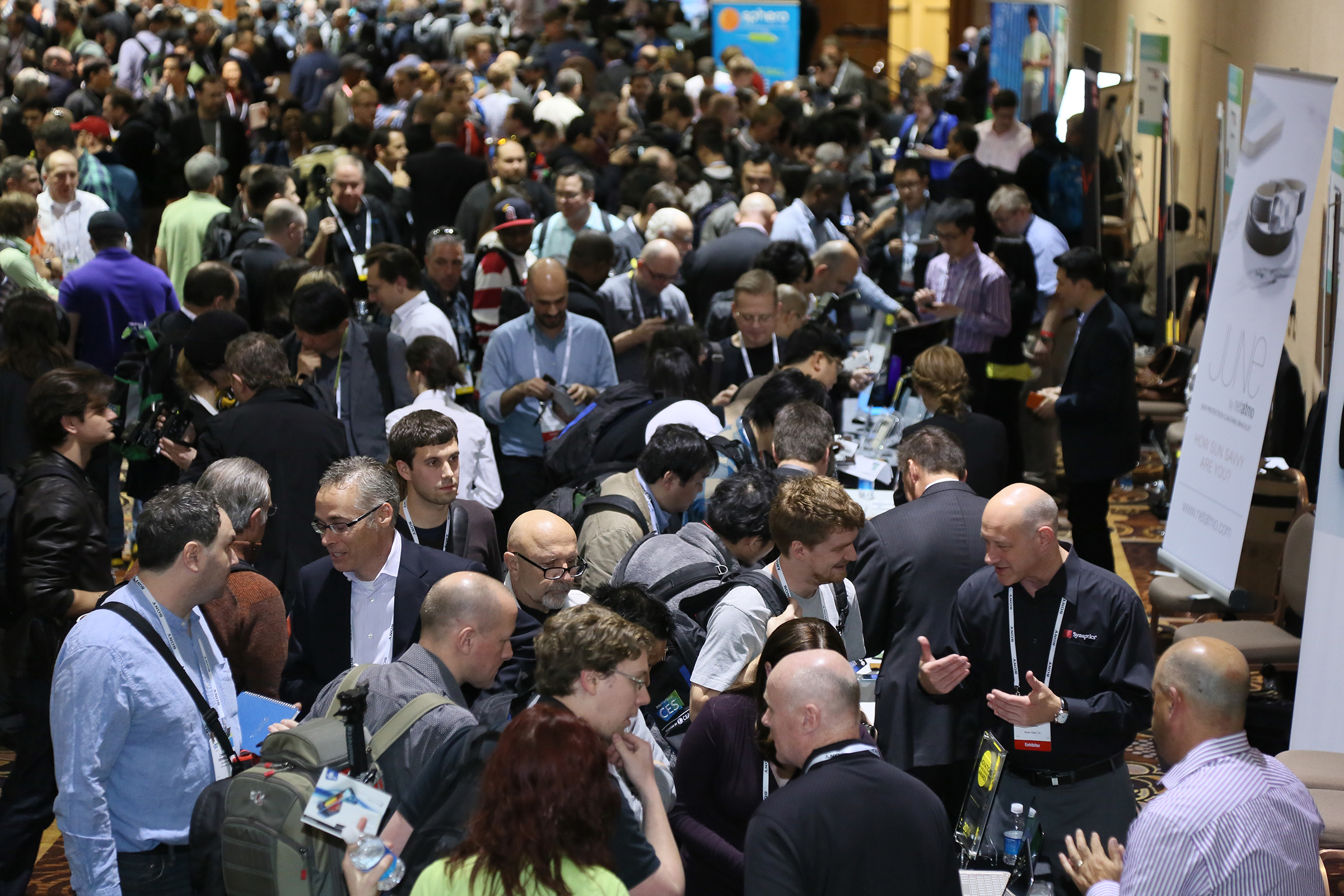 Jan. 6. 2015– What if a soldier could test for explosive residue on a suspect’s hand in the middle of a warzone with a simple hand-held sensor? Or health care providers could get quick information about a patient’s movement abilities with simple technology in the bottom of a shoe? Or if graphene —a one-atom thick layer of carbon atoms that many experts believe will transform electronic technology in coming decades —could be mass produced?

University of Utah faculty asked those questions, and turned their answers into novel technologies that have now formed spin-off companies. Products created by U students will be featured at the 2015 International CES, the world’s largest and best-known technology trade show scheduled for Jan. 6 – 9 in Las Vegas. The U’s notable showing at CES reflects its expanding place in developing industry-leading electronics technologies, and its dedication to developing inventions with practical applications.

The U companies will display their products in the University Innovations Marketplace, a subsection of Eureka Park, the popular startups section of CES. Billed as “home to the latest technology ideas and innovations,” Eureka Park will expand in 2015 to accommodate its growing popularity and importance. Several of the U’s startups at CES will offer those in attendance a chance to see emerging technologies aimed at changing the electronics industry.

U spin-off companies attending CES include:

Veristride. Based on technology developed by Stacy Bamberg, an assistant professor of mechanical engineering, Veristride will display its smart insole and accompanying app and analysis software. Veristride’s product delivers real-time information on the movement abilities of runners, stroke victims, amputees, sufferers of Parkinson’s disease and many other conditions. End users and health care providers track this information to observe improvements over time. Veristride will demonstrate at booth 75388.

Solan PV. Based on technology developed by Feng Liu, a professor of materials science and engineering, Solan PV will display its work integrating mass-produced graphene into solar panels. Graphene is a one-atom thick layer of carbon atoms and is widely expected to transform electronic technology in the coming decades. Many experts believe that if produced on an industrial scale, graphene could enable the production of solar panels that are not only more durable and less costly than today’s panels, but are also flexible. One of the biggest challenges to wide scale adoption of graphene, however, is the ability to keep the material’s valuable properties when mass produced. Solan believes its patented processes will allow graphene production to be produced on an industrial scale. Solan PV will demonstrate at booth 75285.

Power Practical. This student startup sells charging devices for personal electronics devices. Among their products is a thermoelectric camp stove for charging devices on the go. The company received assistance from the Lassonde Institute at the University of Utah, including mentoring and prize money from the Utah Entrepreneur Series. Power Practical will demonstrate at booth 75611.

Navillum. This startup is developing new methods for producing quantum nanocrystals (or “quantum dots”), which can be used in TV and computer displays and lighting. The company received assistance from the Lassonde Institute, including help winning more than $100,000 in prize money for early-stage development. Navillum will demonstrate at booth 75388.

Xandem. This startup sells radio-based surveillance technology that can detect people and objects through walls. The company received assistance from the Lassonde Institute, including mentoring and student business analysis in the Lassonde New Venture Development Center. Xandem will demonstrate at booth 72038.

Kiband. This startup is developing a bracelet and software for keeping children safe. The company received assistance from the Lassonde Institute, including prize money from the Utah Entrepreneur Series. Kiband will demonstrate at booth 75311.

Owlet Baby Care (booth 75083) – This startup invented a device for monitoring infant health without troublesome cords. The company received assistance from the Lassonde Institute, including a $40,000 grand prize from the Utah Entrepreneur Series. Owlet Baby Care will demonstrate at booth 75083.

Bryan Ritchie, executive director of Technology & Venture Commercialization (TVC) at the U, said the university’s expanded presence at CES is partly a result of the U’s ecosystem of practical innovation. “For inventions to be successfully commercialized, they must demonstrate practical use,” Ritchie said. “The U is fortunate to have developed an academic culture of innovation. The utility of a discovery is often just as much of a consideration for the researcher as is its ability to advance science. The fact that U spin-offs will be displaying their technologies at CES this year demonstrates not only the U’s dedication to developing revolutionary discoveries, but also its dedication to developing solutions that make an impact in industry, business, and people’s lives.”