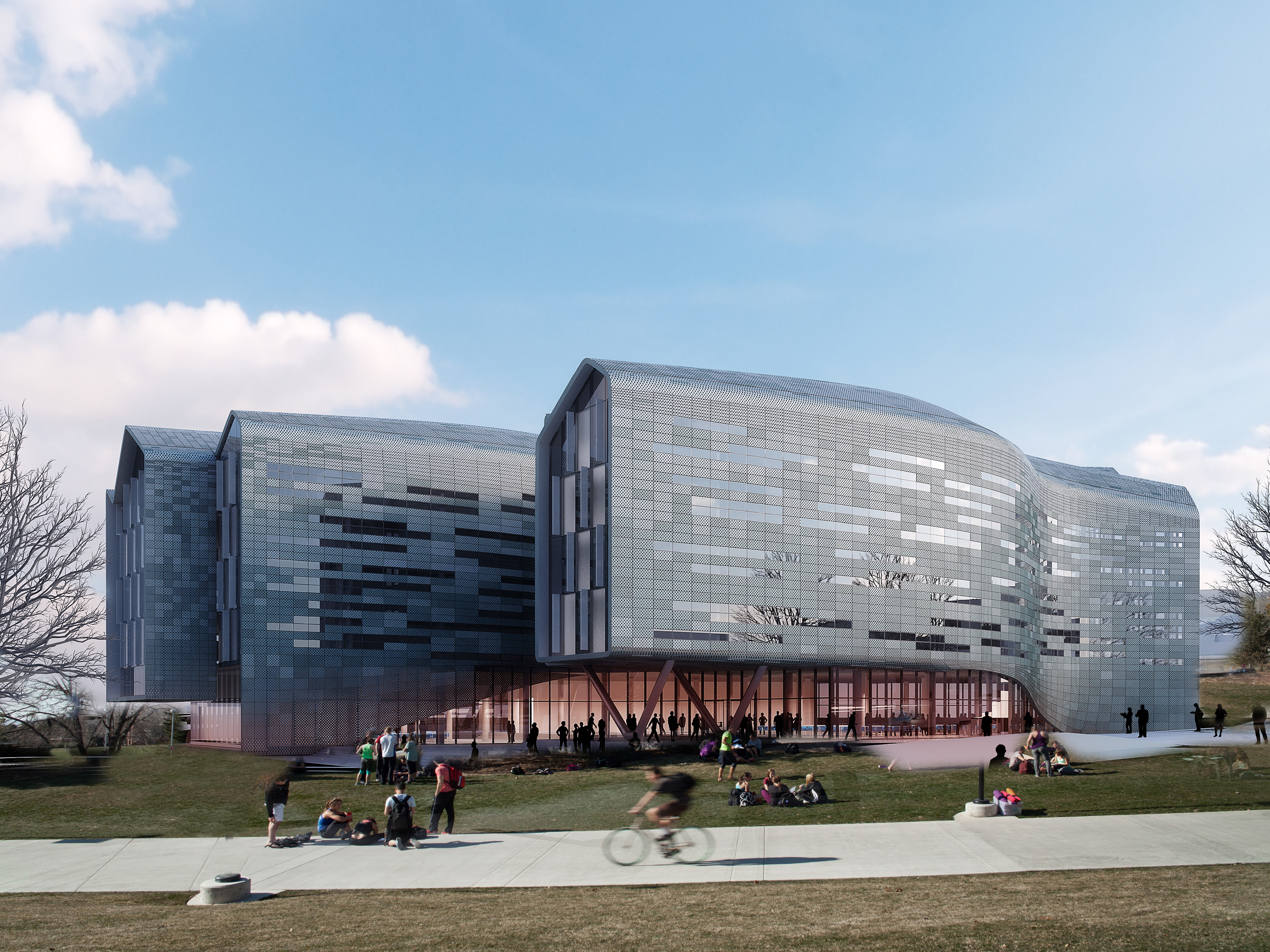 March 23, 2015 – The University of Utah launched an ambitious plan today to recruit the “400 best student entrepreneurs” to live in the new, $45 million Lassonde Studios building starting fall 2016. The one-of-a-kind facility will feature living “pods” and a unique blend of space for making, starting companies and living.

Students everywhere are encouraged to apply to live here and receive part of an estimated $3 million in scholarships.

“We want to attract the most talented inventors, entrepreneurs and artists to study here and live together in our incredible new facility,” said David Pershing, president of the University of Utah. “Nothing like this has been done before. These students will get a learning experience not available anywhere else.”

To recruit students, the university is conducting an international call for applicants and spreading the word through a broad marketing campaign. Among other efforts, the university is airing a television ad in cities including New York, Los Angeles, San Francisco, Chicago, Boston, Philadelphia, Seattle and Denver. The ad features students traveling from around the world to live at Lassonde Studios. It can be seen online at bit.ly/lassonde400.

The 160,000-square-foot building will have a 20,000-square-foot “garage” on the main floor equipped with 3-D printers, laser cutters, prototyping tools and company launch space. Above will be four floors of housing with three unique housing types – pods, lofts and traditional rooms. Residents will get 24/7 access to all tools and resources in the building.

“Our vision is to become the best place in the country for student entrepreneurs,” said Taylor Randall, dean of the David Eccles School of Business. “We already have a thriving innovation community, and our new building will bring everything together in one place. It will be the place where students from all majors and backgrounds come together to live and create.”

Lassonde Studios is managed by the Lassonde Entrepreneur Institute, an interdisciplinary and nationally ranked division of the David Eccles School of Business. The institute provides many programs to support student entrepreneurs and innovators, including more than $700,000 in grants and prizes annually. Lassonde Studios is the new home for these students and represents a major expansion.

“We are investing in the student experience to make the University of Utah the best place for aspiring entrepreneurs to develop skills needed in today’s marketplace,” said Troy D’Ambrosio, executive director of the Lassonde Entrepreneur Institute. “We already have a top-ranked entrepreneurship program, and our new facility will provide an even more unique, immersive experience. We invite students everywhere to grow with us.”

Lassonde Studios is a leading example of Utah’s thriving entrepreneur community. The University of Utah is regularly ranked as one of the best universities for entrepreneurship education and startup formation, while Salt Lake City and the state are frequently ranked as top locations for entrepreneurship and business. Among many rankings, Utah has been No. 1 in “Forbes” magazine’s listing of “Best States for Business” in four of the last five years.

Students who want to live at Lassonde Studios can apply online at any time. Applications should be submitted by fall 2015 to be part of the first group to live in the building starting August 2016. To apply, students must submit a video, essay or creative work explaining why they are one of the world’s “400 best student entrepreneurs.” Those admitted to live in the building will form the “Lassonde 400.”

The Lassonde Entrepreneur Institute began in 2001 through the vision and support of Pierre Lassonde, an alumnus of the University of Utah and successful mining entrepreneur. He has donated $25 million to support the Lassonde Institute and help build Lassonde Studios.

“We started with a dream to bring together students from all disciplines and backgrounds to live, learn and work together to solve real-life problems,” Lassonde said. “This is the future of education, and we are doing it now.”