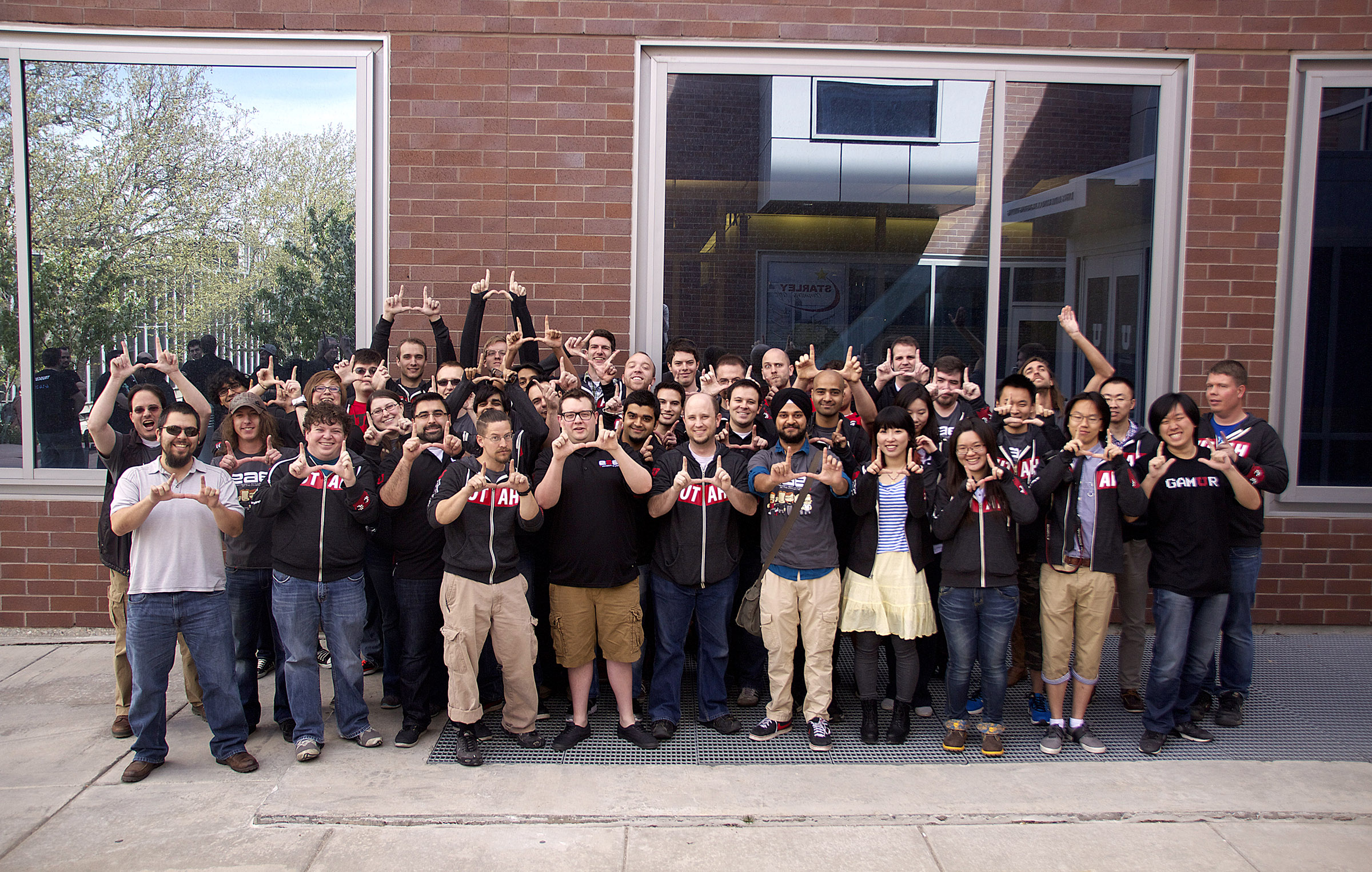 March 24, 2015 – Entertainment Arts & Engineering (EAE) at the University of Utah earns the title of the top video game school in the nation with the number one ranking for its graduate program and number two for its undergraduate program by The Princeton Review, which released the rankings today.

“This is a proud day for the hard working faculty and staff,” said Robert Kessler, director of EAE. “It’s a validation of the way our students, the community, the industry and the faculty view our programs. Not only are we excited to be named the best graduate video game design program in the world, but it’s the fifth year in a row the undergraduate program has been in the top three.”

This is the second time The Princeton Review has given EAE the top spots, in 2013 the undergraduate program was ranked number one and the graduate program number two, firmly establishing the programs among the best in the country.

“Because of the reputation and quality of the EAE programs, we recruit, attract and admit students who are passionate about succeeding in and ultimately improving the game industry,” said Mark van Langeveld, professor and director of the Game Engineering track. “Our students have received critical acclaim for their work and many are now working for the industries best companies.”

A relatively new program, EAE was formally established in 2007 and currently has 400 undergraduates and 110 graduate students. In 2014, the program awarded bachelor’s degrees to 40 students and master’s degrees to another 30 students, many of whom had already secured jobs before graduation. Students are highly sought after by all local game companies including ChAIR Entertainment, Disney Interactive, Eat Sleep Play, Electronic Arts Salt Lake, React! Games, RED Interactive, Wahoo/NinjaBee and WildWorks as well as the leading international game companies such as Activision/Blizzard, Ubisoft, Electronic Arts, Microsoft and Zynga.

“Demand for engineers and computer scientists is growing in Utah and nationwide,” said University of Utah President David W. Pershing. “The EAE program provides a highly collaborative, hands-on education that produces skilled graduates ready for the workforce. This program attracts exceptional students and top faculty who lead the industry through their drive and creativity.”

As an interdisciplinary program between the College of Engineering and the College of Fine Arts, students from both disciplines work closely in the challenging and rewarding field of video game design and development. Through these collaborations, students receive an interactive education that prepares them to work effectively in a team environment, an invaluable skill in the video game industry.

“From the first day of classes, we are working in teams,” said Rachel Leiker, a student in the EAE master’s program. “Learning how to communicate ideas effectively, working together to create something amazing for the game and being able to rely on each other for help and feedback has established a work ethic and mentality that people in games look for when seeking future collaborators.”

“I chose the EAE program because of the quality of the curriculum. Other schools seem to focus on one discipline, but this program is so flexible and I got to learn everything I wanted and more. Every student, regardless of their focus, participates in design, which has made our game stronger,” added Leiker, one of the developers of 404Sight.

The Princeton Review chose the schools based on a survey it conducted in 2014-15 of 150 institutions offering game design coursework and/or degrees in the United States, Canada and some countries abroad. The company’s 50-question survey asked schools to report on everything from their academic offerings and faculty credentials to their graduates’ starting salaries and employment experience. Among criteria The Princeton Review weighed to make its selections: the school’s curriculum, faculty, facilities, career services and technology.