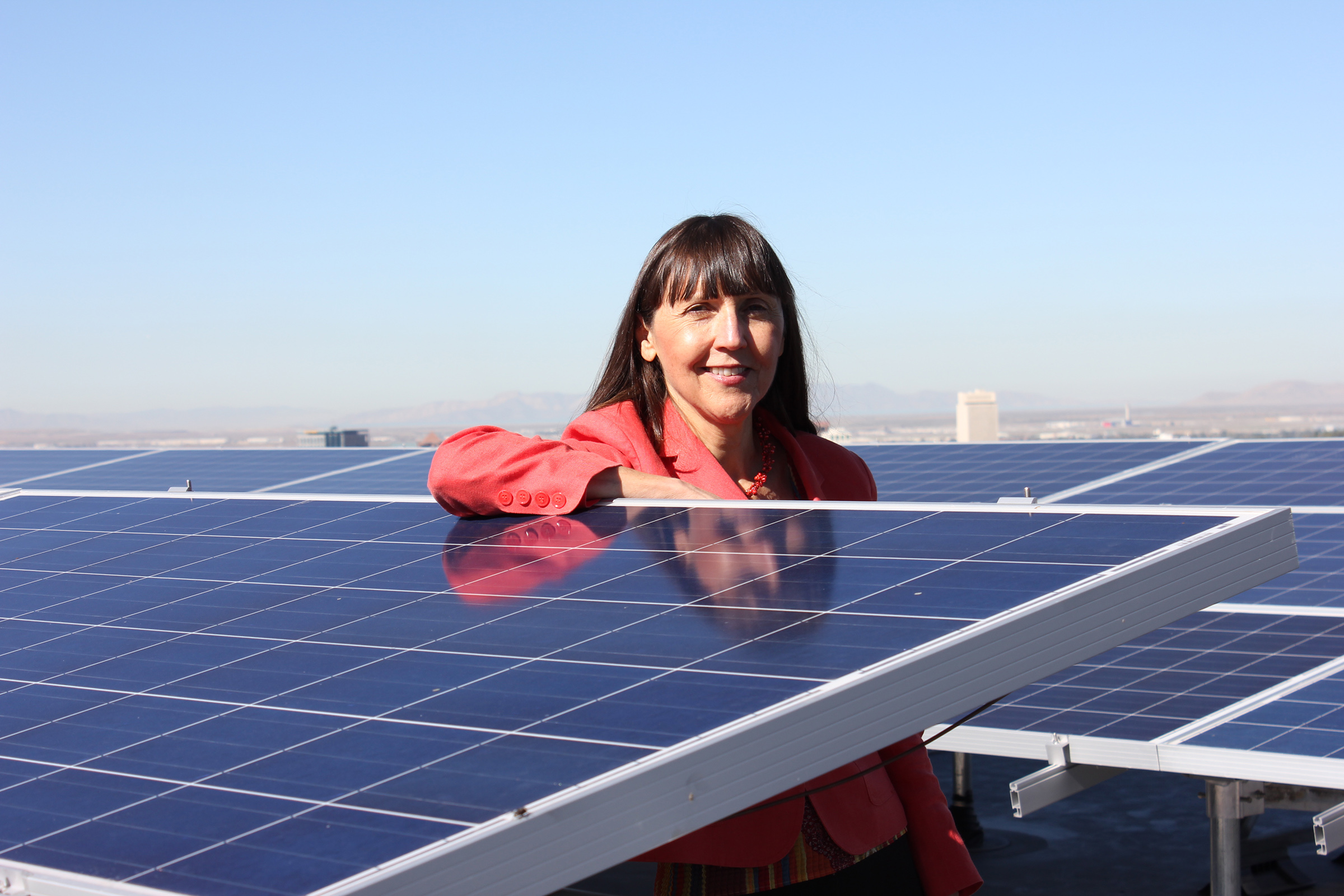 March 20, 2015 – It all started with an idea sprouted by a University of Utah student – creating awareness of campus solar energy projects with an electronic dashboard that details energy savings in real time, using examples of everyday use.

Designed by sPower, the dashboard used in the U’s J. Willard Marriott Library’s solar project is to be unveiled during a celebration at the library on Monday, March 23 at noon. The library dashboard is a play-by-play feature noting day, time, temperature and energy output. Not only does the dashboard detail in real time how much energy is being generated, it also makes this data more understandable by citing examples of energy savings, such as the number of barrels of oil required to generate the solar energy produced.

“I wanted something that would create awareness in other students at the U,” said U graduate Tom Melburn, who originally initiated the project. “Perhaps one day another student will start a new, innovative renewable energy project that will reduce our carbon footprint. We’ve only just scraped the surface of what we can do.”

The library’s system is 37.8 kilowatts (126 300 watt panels grouped into six arrays) with an anticipated annual production of 50,500 kilowatt-hours. It is located on the Marriott Library roof, with four arrays on the west mechanical penthouse and two arrays on the east mechanical penthouse. The new solar system produces enough energy to power six houses for one year.

The library has also taken steps to reduce energy consumption with a daylight harvesting system, a Garden Terrace that supports beekeeping and another student-led research project that is determining which types of plants grow best on rooftops.

The library is the seventh campus building to host solar arrays. With the library’s system now in operation, the campus now has a total of 766 kilowatts of solar panels actively generating electricity. Renewable energy is one of the U’s primary strategies in achieving its near-term emissions reduction and long-term carbon neutrality goals.

Under the direction of Facilities Management and the U’s Sustainability Resource Center, Melburn and his student group selected the library as the site for this project because of its central location on campus, its large number of visitors and its commitment to sustainability. The dashboard will allow greater exposure to the otherwise unseen roof mounted solar panels and enable library patrons to learn about the benefits of solar power.

“This is an excellent example of how a variety of stakeholders can work together to bring about good things,” said Jeff Wrigley, energy manager of the U’s Facilities Management Department. “This might seem like a simple project, but it took a combined effort involving students, the U’s Sustainability Resource Center (and other campus entities), the state of Utah, contractors and Rocky Mountain Power’s Blue Sky team to make it happen.”

Funding for the project has been provided by Associated Students of The University of Utah, Rocky Mountain Power/ Blue Sky and the Sustainable Campus Initiative Fund out of the Sustainability Resource Center. The State’s Department of Facilities and Construction Management helped expand the project by coordinating a Power Purchase Agreement with sPower, which added about 15-20 kilowatts to the size of this system.