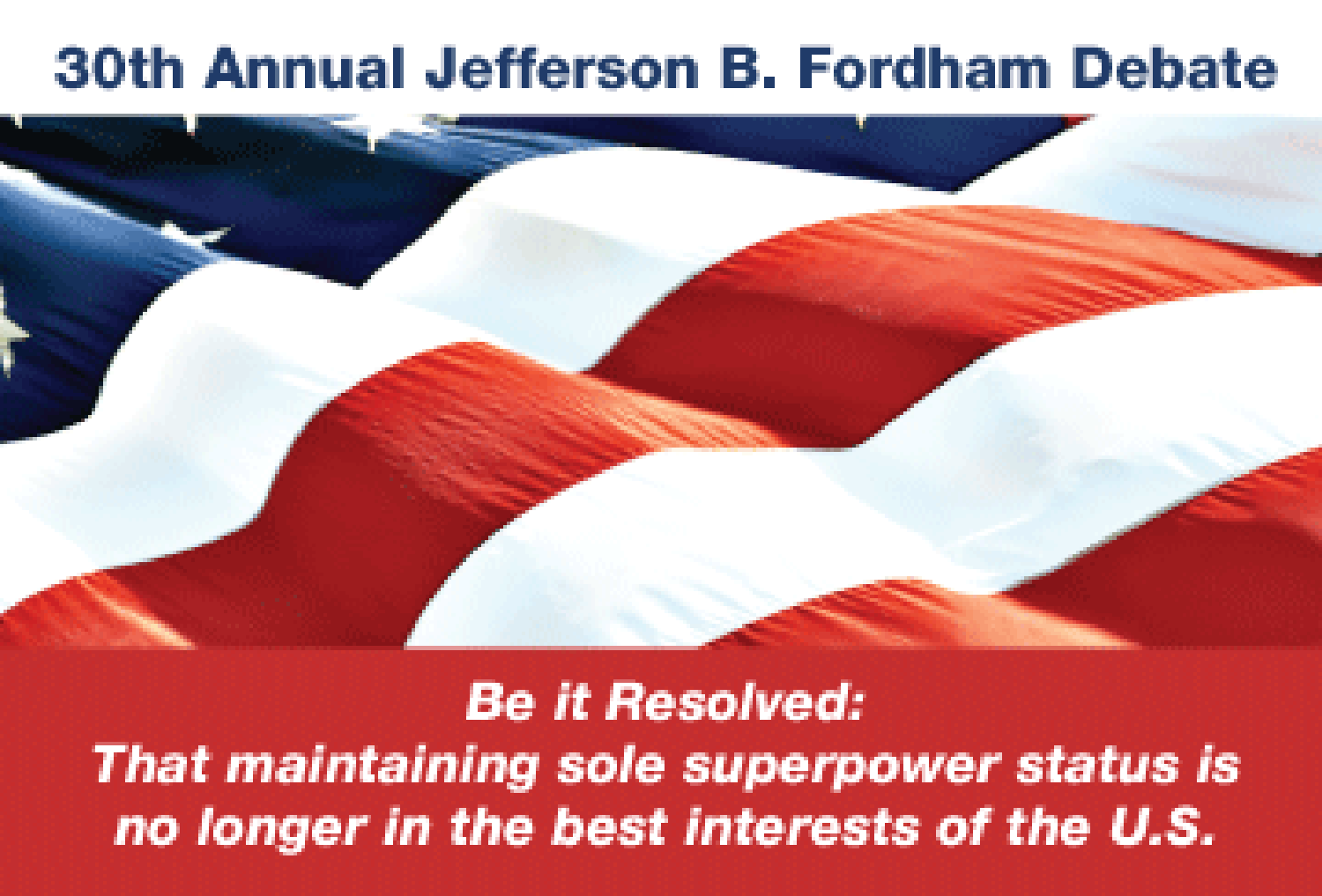 Oct. 21, 2013 – Leading experts will debate whether it’s in America’s best interest to remain the world’s sole superpower at the 30th annual Fordham Debate, sponsored by the University of Utah’s S.J. Quinney College of Law, Thursday, Oct. 24, 5:30 p.m., in the law building’s Sutherland Moot Courtroom. The debate is free and open to the public.

Nora Bensahel, deputy director of studies and senior fellow at the Center for a New American Security, and Tom Farer, professor of international studies at the University of Denver and a former special assistant to agencies within the U.S. government, are the debaters.

“We’re thrilled to have the opportunity to hear these distinguished experts debate the future of the United States,” said Wayne McCormack, U professor of law and co-organizer of the debate. “This is sure to stir up conversations well after the event given the importance of the issue and its extraordinary relevance to recent developments.”

Supporters of America’s role as sole superpower may wonder who will stand up in America’s place to brutal regimes and protect common international interests, including regional stability, free trade, free elections and humanitarian principles. Others argue that the human and financial cost of U.S. military operations and the increased risk of retaliation that comes with “acting as the world’s police officer,” are unwise, unsustainable and come at too great a cost.

The debate will be moderated by Kirk Jowers, professor and director of the U’s Hinckley Institute of Politics and Federal Relations.

Prior to the debate, which begins at 6 p.m., there will be a reception at 5:30 p.m. in the foyer of the law building. Free parking will be available in the Rice-Eccles Stadium parking lot. The debate will be broadcast live on ulaw.tv. For lawyers, one hour of continuing legal education if offered. For more information, call 801-585-3479.

About the Fordham Debate

The Fordham Debate is named in honor of professor Jefferson Fordham, an outstanding legal scholar and defender of individual and civil rights who joined the University of Utah College of Law faculty in 1972. The annual debate addresses relevant contemporary public policy and legal issues.