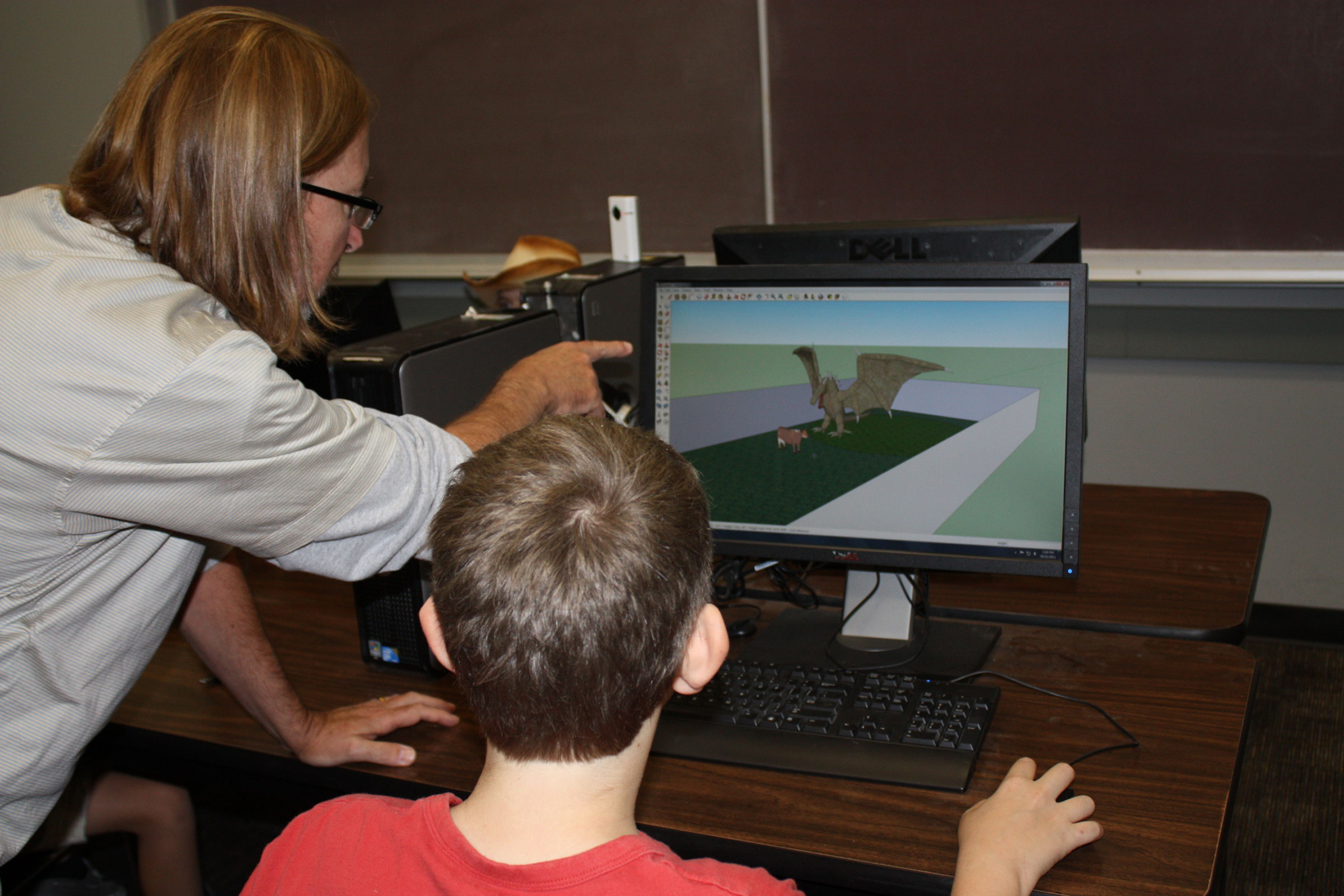 Dec. 10, 2012 – For three years, University of Utah researchers have been deploying a computer-based design program called SketchUp in workshops to teach and develop life skills for youth on the autism spectrum. An earlier study showed that using the program helps kids develop their spatial and visual acuity, as well as to leverage those strengths to build positive social interactions.

In the latest analysis of experiences from the educational workshops, researchers have found that using the technology also helps open new communication doors with grandparents of the students. The shared positive experiences helped create a more supportive environment and, in turn, improve relationships throughout their social and familial networks.

The most recent study was published in The International Journal of Aging and Human Development in Nov. 2012.

“Including grandparents in the program is an important and innovative component of our research,” says Scott Wright, member of the U’s Gerontology Interdisciplinary Program and lead author on the paper. “And it just makes sense, given the critical support grandparents provide in families, particularly those that have children with disabilities including autism.”

Autism, also referred to as autism spectrum disorder (ASD), is a neurological disorder commonly characterized by atypical social skills, decreased verbal and nonverbal communication and repetitive stereotyped behaviors. At the national level, one out of every 88 children is diagnosed with ASD, according to recent estimates from the Centers for Disease Control. The estimate for Utah is one in 47 children.

Grandparents are important in the social network of children on the spectrum, because they are often involved in the children’s care as well as treatment decisions for the family. For example, a 2010 survey by the Interactive Autism Network found that about one-third of American grandparents were the first in the family to raise concerns about ASD in their grandchild; 71 percent played some role in the treatment decisions; and one in 10 live in the same household as their grandchild with ASD.

How Grandparents Contributed to the Research

As previously reported, seven boys aged 8 to 17 years old diagnosed with autism participated in workshops designed around the 3D modeling program called SketchUp, as a part of the iSTAR5 project. The program was designed to facilitate students’ spatial-design skills and social engagement. The iSTAR5 project is a different educational approach as it focuses on strengths and interests in youth on the spectrum rather than deficits or disability.

Family members, including grandparents, were involved in the workshops by participating in family events and school presentations of the students’ work.

To understand the experiences and perspectives of adults dealing with a diagnosis of autism in their family, two focus groups were conducted with grandparents of the enrolled students. The first was held after the workshop had ended and the second was conducted three months later. Six grandparents voluntarily participated.

Changing Grandparent Attitudes of Grandchildren – “Playing on the Computer”

Grandparents’ initial concerns about kids spending too much time playing computer games had abated by the second focus group.

Discussions revealed that by observing and participating in the technology workshops, the grandparents came to recognize the value of computer skills as a way for their grandchild to build on his strengths, which also opened more possibilities for the child’s future.

“What we found encouraging was that expectations for their grandchildren changed from frustration to hope,” says Wright. “For the first time, seeing the child succeed at something and start friendships gave the grandparents a sense of hope for the future.”

Researchers also learned that the grandparents found in the technology an interest that their grandkids could share with them—even though the adults did not uniformly share the kids’ enthusiasm for using computers.

Wright explains that “this upward flow of teaching from grandchild to grandparent not only emphasized the child’s new-found strengths and confidence around computer skills, it also strengthened their relationship with new opportunities for shared interests and communication.”

In another finding, the iSTAR5 program provided grandparents with common ground to engage with others in similar situations. They shared their experiences, joys and concerns, some for the first time being able to express pride in their grandchild’s accomplishments. Rather than focusing on ASD as limiting and disabling, the program provided positive interactions to build on.

“Another benefit of the grandparents’ involvement in the workshops was that their own outlooks improved, along with their grandchild’s,” concludes Wright. “Importantly, those benefits also affect the attitudes and beliefs of other family members and potentially, the long-term outcomes for the child.”

Although the sample size in the current study was small and did not include non-participating grandparents, the study provides valuable insights into the technology workshops from a unique perspective. Other iSTAR5 research has been conducted and submitted for publication that further explores the grandparents’ motivations and barriers to participation in lives of grandchildren with ASD, and to develop strategies that take advantage of improved intergenerational communication in families with children diagnosed with ASD.

iSTAR5 is a strengths-based and family-focused technology and education program based at the University of Utah that values neurodiversity and provides youth with learning opportunities to realize their full potential across the life course. The program emphasizes the spatial-visual strengths often found with neurodiversity to leverage these strengths toward building social and technology skills that can lead to functional and productive adults at full potential in our communities.