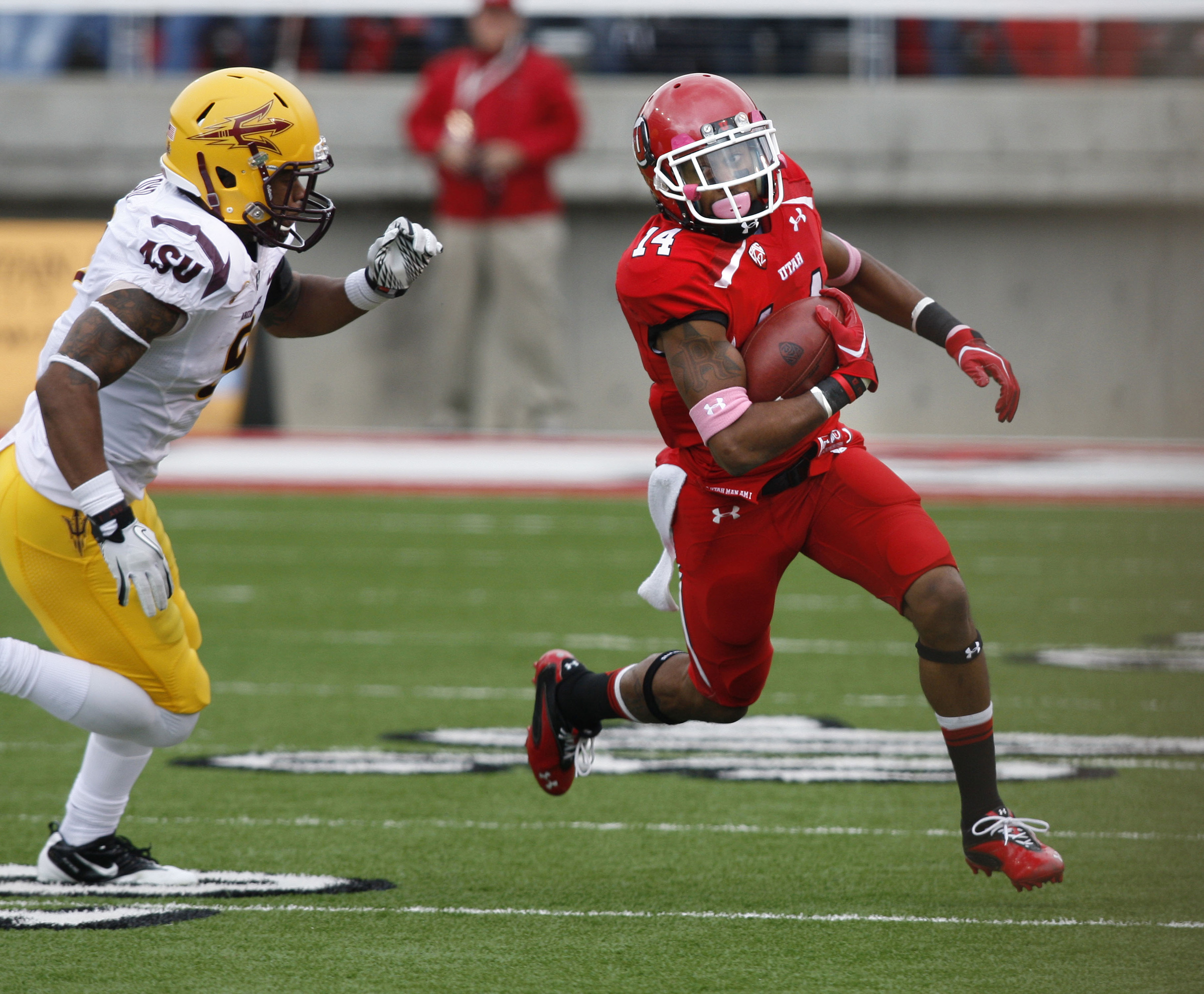 The study, conducted by the Center for Public Policy & Administration and the Bureau of Economic and Business Research, showed that out-of-state attendance by fans of the opponent more than doubled at the five Pac-12 conference games at home, as compared to the average attendance in six prior seasons: from 546 people per game in the seasons from 2004-2005 to 2009-2010, to 1,272 people per game during the 2011-2012 season.

The resulting economic impacts were significant.

“Joining the Pac-12 has resulted in great benefits for the state of Utah,” said David Rudd, dean of the University’s College of Social and Behavioral Science. “Visitors spent $5.5 million during the five Pac-12 home games last season. Not only did they spend money here, they are more likely to return to our state. Being part of the Pac-12 is a significant boost to our state’s economy.”

A total of 321 out-of-state attendees to the five Pac-12 home games were surveyed about their spending habits while in the state. Spending per visitor per day averaged from $186 for University of Colorado fans to $295 for Oregon State University fans. When combined with the out-of-state attendance figures, researchers estimate that visitors to the Utah football games spent $5.5 million on in-state goods and services.

According to the study, the state gained $515,121 in tax revenue—$310,086 attributed to visitors’ spending and $205,035 generated from the University’s share in TV revenues. Of the tax revenue, $300,000 is new money—due solely to the switch to the Pac-12 conference—$177,000 attributed to new visitor spending and $123,000 to new television revenue in the first year of Pac-12 membership. Noteworthy is the fact that television revenue under Pac-12 is expected to increase dramatically over the next several years, raising along with it the economic benefits to the state from the football program.

To gauge the likelihood of future visits to the state, out-of-state visitors were also surveyed about their attitudes of Salt Lake City and the University. Visitors were asked their impressions of the area both before and after their visits. In every instance, favorable impressions increased, and neutral or unfavorable impressions decreased after visiting the area. Notably, 73 percent of first-time visitors surveyed said they were more likely to visit Utah again for reasons other than a football game.

A copy of the complete report:  “The Move to Pac-12: Economic Impact and Visitor Experience of University of Utah Football” can be obtained at www.cppa.utah.edu.

ABOUT THE BUREAU OF ECONOMIC AND BUSINESS RESEARCH:

The Bureau of Economic and Business Research (BEBR) is an applied research center in the David Eccles School of Business at the University of Utah. BEBR interacts with both private and public entities, conducting independent studies and engage in sponsored research. Learn more about BEBR at www.bebr.utah.edu.