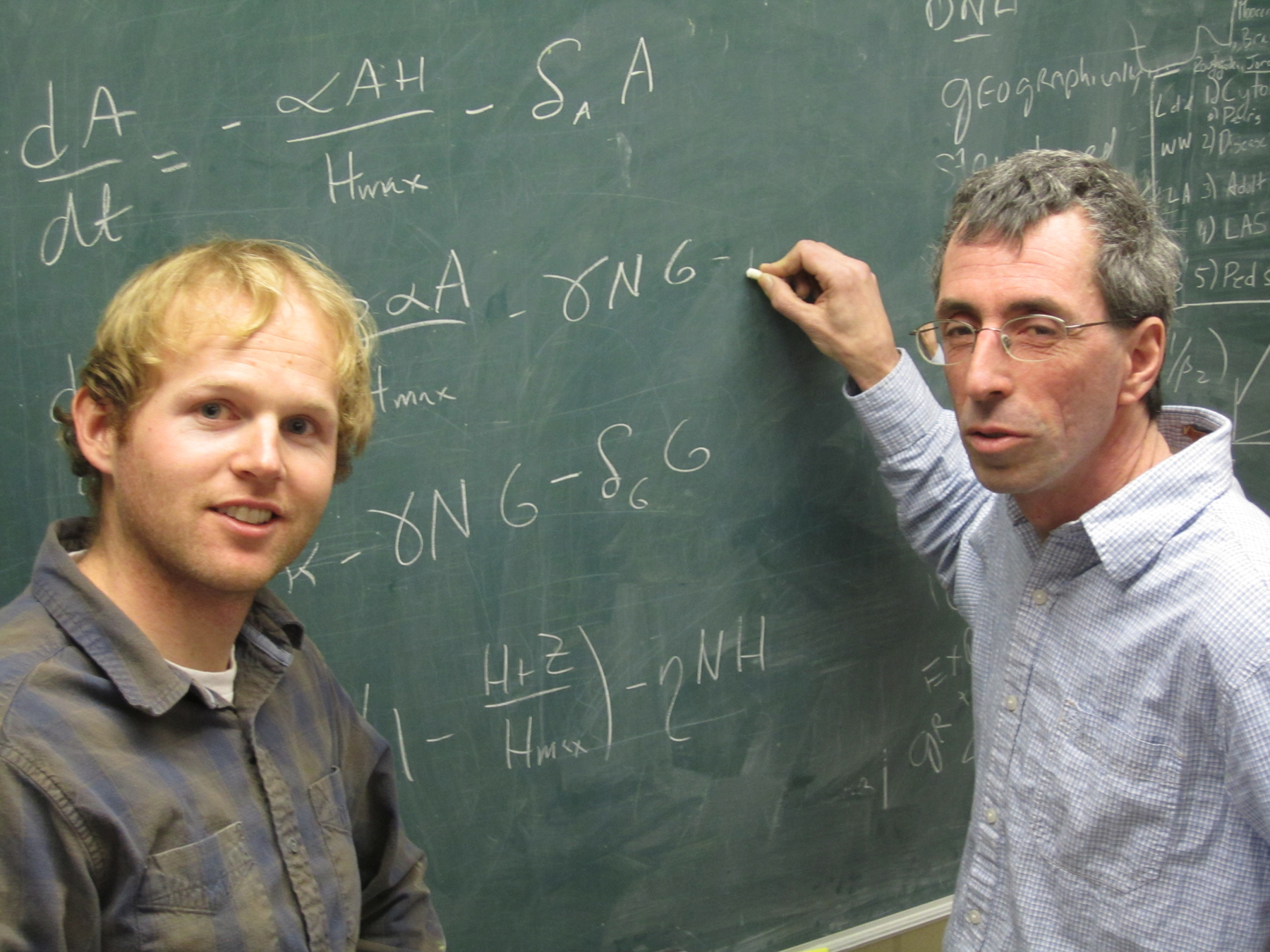 Feb. 27, 2012 – University of Utah mathematicians developed a set of calculus equations to make it easier for doctors to save Tylenol overdose patients by quickly estimating how much painkiller they took, when they consumed it and whether they will require a liver transplant to survive.

“It’s an opportunity to use mathematical methods to improve medical practice and save lives,” says Fred Adler, a professor of mathematics and biology and coauthor of a study that developed and tested the new method.

The study of acetaminophen – the generic pain and fever medicine sold as Tylenol and in many other nonprescription and prescription drugs – was set for publication within a week in Hepatology, a journal about liver function and disease.

Adler, math doctoral student Chris Remien and their colleagues showed that using only four common medical lab tests – known as AST, ALT, INR and creatinine – the equations can quickly and accurately predict which Tylenol overdose patients will survive with medical treatment and which will die unless they receive a liver transplant.

The researchers analyzed the records of 53 acetaminophen overdose patients treated at the University of Utah’s University Hospital to test the equations and show they quickly and accurately predicted, in retrospect, which patients survived and which died.

If a doctor is uncertain and starts to treat an acetaminophen-poisoning patient with the antidote to combat liver failure – even though the patient may not survive with such medicine – their odds for getting a new liver are reduced.

“If I wait another day until I list them for transplant, the chance of getting a liver is that much lower,” Sussman says. “If you’re going to get someone transplanted, you have to do it fast or you miss the boat. The patient may pass the window when transplants can be done. They become too sick and can’t stand the transplant.”

The new method using calculus equations will let doctors rapidly determine if a patient can survive with antidote treatment or will die unless they get a transplant.

The study urges another clinical trial to prove the new method’s usefulness. Sussman plans to start a one-year prospective trial testing the method on 50 patients at the University of Utah and three hospitals in Houston.

If that trial proves the method can accurately predict ahead of time how Tylenol-poisoning patients will fare, “we believe we could create a tool available and immediately useful to clinicians,” Sussman says. Adler foresees a smartphone application.

Painkiller Can Be a Killer

Acetaminophen – the primary generic name for the drug also known generically as APAP and paracetemol – is found in prescription medicines such as Tylenol with Codeine, Percocet or Vicodin, and in dozens of over-the-counter medications, including Tylenol, Anacin, Pediacare, Triaminic and combination cold medications like Nyquil.

Many people don’t realize the common analgesic can destroy the liver and kill at only about five times the recommended dosage – a narrow margin in medical terms.

“Acetaminophen is the leading cause of acute liver injury in the United States, accounting for some 56,000 emergency room visits, 26,000 hospital admissions and about 500 deaths annually,” Adler and his coauthors write.

The current maximum dose of acetaminophen is 4 grams (4,000 milligrams or eight 500 milligram tablets, for example) in 24 hours. There is not a lot of room for error between that 4-gram maximum and the 6 grams that can cause liver damage or the 20 grams that are considered likely to destroy 70 percent of liver cells and cause death.

Acetaminophen overdoses can be treated successfully if an antidote named N-acetylcysteine (N-Ac or “nack”) is administered within roughly 24 hours. After a certain time post-overdose, treatment becomes futile and the patient will die without a transplant.

Yet many overdose patients are confused or comatose, unable to say how much acetaminophen they took or when they took it, making it tough to predict their prognosis.

The new method uses eight main “differential equations” – basic calculus equations that describe how changes in one variable affects changes in another variable over time. The equations simulate or “model,” step-by-step, how acetaminophen is metabolized in the liver, including production of NAPQI, a liver-destroying substance.

That makes it the first known “dynamical” model based on real biology – a contrast to the existing “statistical” method for determining how overdose patients fare.

The statistical method – known as the King’s College Criteria (KCC) – estimates who is likely to survive or die from acetaminophen toxicity using correlations between INR and creatinine lab tests and which patients actually did live or die in the past. The King’s College Criteria predict liver failure if INR exceeds 6.4, creatinine exceeds 3.4 and there is confusion, altered consciousness or coma due to liver damage.

The problem, says Adler, is the criteria “look at the statistical relationship between lab test results and patient outcome without understanding what’s happening inside the liver. It’s just statistics.”

The new method “tracks how the liver’s health changes over time,” he says.

The new equations use patients’ measured levels of AST, ALT and INR to estimate when they consumed acetaminophen and how much they took. By also considering creatinine levels, the new method accurately predicts which Tylenol overdose patients will survive with treatment and which will require a liver transplant to avoid death.

Sussman says the King’s College Criteria are outdated and have grown less useful over time. When a patient arrives with lab results indicating liver failure, “your first decision has to be, ‘Do I list this patient for transplant?’” he says. “That was the purpose of the King’s College Criteria. You need to make an immediate decision: Do I think this patient will live or die? If I think they’ll live, I’m going to treat them [with the antidote]. If they’re going to die, the next question is, are they a candidate for transplant?”

“Our goal was to try to trace it back to: when did the damage start?,” he adds. “Once you know that and the peak damage reflected in the ALT, then you have the tools to predict survival or death.”

The 53 patients whose records were analyzed for the new study varied in alcohol use, malnutrition status and whether they took too much acetaminophen in a suicide attempt, an accidental single overdose or a chronic, multiple-day overdose.

Two patients got liver transplants and were excluded from the analysis “because we don’t know if they would have died or recovered without transplant,” Remien says.

Of the 51 remaining patients, eight died and 43 survived. The study showed that when AST, ALT and INR tests on admission were crunched through the equations, and when creatinine levels exceeded 3.4, the method was highly accurate in predicting, retrospectively, whether overdose patients lived or died. Specifically, the method had:

Sussman says there were multiple reasons for the eight deaths. Some patients arrived too late to be treated, even by a transplant, and others didn’t qualify as transplant candidates, perhaps due to serious drug or alcohol abuse and lack of family support.

Adler emphasizes the new method is based on a typical acute liver failure patient and may need refinement to better predict the prognoses of certain special patients, including those taking other drugs, with chronic alcohol use or suffering anorexia.