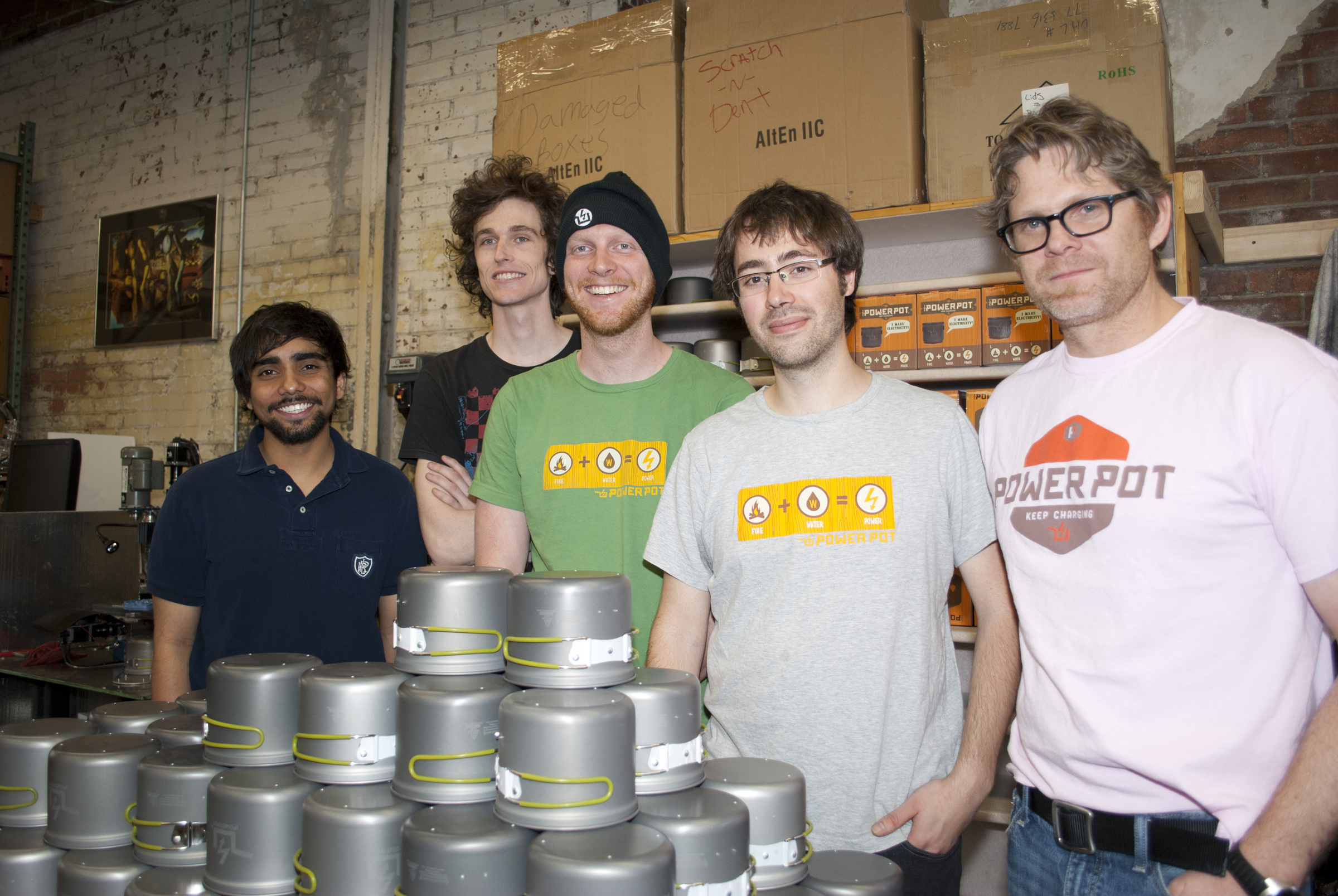 Power Practical, a student startup that sprang from research at the University of Utah, is selling a portable cook pot that transforms heat and water into a power source. Imagine charging your cellphone or using speakers in the mountains at night far from civilization. That’s what the device, called the PowerPot, can do with just a campfire and a little water. Using thermoelectricity, the PowerPot generates power by capturing the electrons moving from the heated pot to the cooler water inside. The greater the temperature difference, the more electricity is generated.

The company has a growing variety of PowerPots that serve different needs. The basic model, the PowerPot V, weighs less than a pound and produces 5 volts, enough to charge a cellphone in 60 to 90 minutes. Larger models, like the PowerPot X, produce 10 volts and can charge larger devices, like a tablet computer.

The PowerPot is more than just an idea. The company has already shipped more than 1,000 units after attracting $126,000 in funding from its debut on Kickstarter, a crowdfunding platform, and they recently raised an additional $750,000 in seed funding. The device is available for $149 on the company website and at select retailers. The team just landed a deal to sell the PowerPot at the new Scheels store in Salt Lake City. They are also selling it at Sportsman’s Warehouse, and other distribution partnerships are on the horizon.

The students behind the company have been surprised by its rapid growth and are struggling to keep up with growing interest and demand.

“We knew we were on to something when we got requests from around the world and more than doubled our goal during our Kickstarter campaign,” says David Toledo, a co-inventor and founder. “We just shipped all of those orders, and we are quickly getting our product into more stores.”

“David and Paul are examples of what makes engineering so exciting – by mixing creativity, science, math and design education, they came up with a product that improves the quality of life for people around the world,” says Richard Brown, dean of the College of Engineering at the U. “Being entrepreneurial comes naturally to many engineers – in fact, 41 percent of the spinoff companies from the U are from engineering.”

Camping enthusiasts are important customers, but they are far from the only target market. PowerPots could become a staple in emergency preparedness kits. And perhaps the biggest market is in developing countries, where cellphone usage is exploding despite the fact that many people don’t have electricity in their homes.

“There are hundreds of millions of people with cellphones in Africa, and most people need to walk more than a mile and spend a big chunk of their income simply to charge their phone,” says Riley Swenson, the marketing director at Power Practical who has a degree in political science from the U.

The project hit some roadblocks, and Toledo and Slusser graduated and left the area. Toledo started working on a Ph.D. at Cornell; Slusser took a job in San Jose. Then, while surfing the Internet in New York, Toledo made a breakthrough – he found a cheap power regulator designed for hobbyists. It was the essential component they needed to make their invention useful by providing a steady power stream.

From there, everything started coming together. Toledo took a leave of absence from Cornell. He and Slusser moved back to Salt Lake to work on the project, and together they assembled their business team.

Other members of the Power Practical team include Matt Ford, the CEO who graduated with a degree in finance from the U in 1990; Wafiq Ali, who is graduating this May with a business degree from the U; Caleb Light, a business graduate from University Valley University; and Kenyon Ellis, an international studies student at the U.

The U’s Foundry program provided essential support in the early stages of business development. The Foundry is offered by the U’s David Eccles School of Business and is part of the Lassonde Entrepreneur Center. It is a student startup incubator and helped provide Power Practical with the advice and people it needed to succeed. The team also received seed funding from the Utah Entrepreneur Challenge, a student business plan competition offered by the Lassonde Entrepreneur Center and sponsored by Zions Bank.