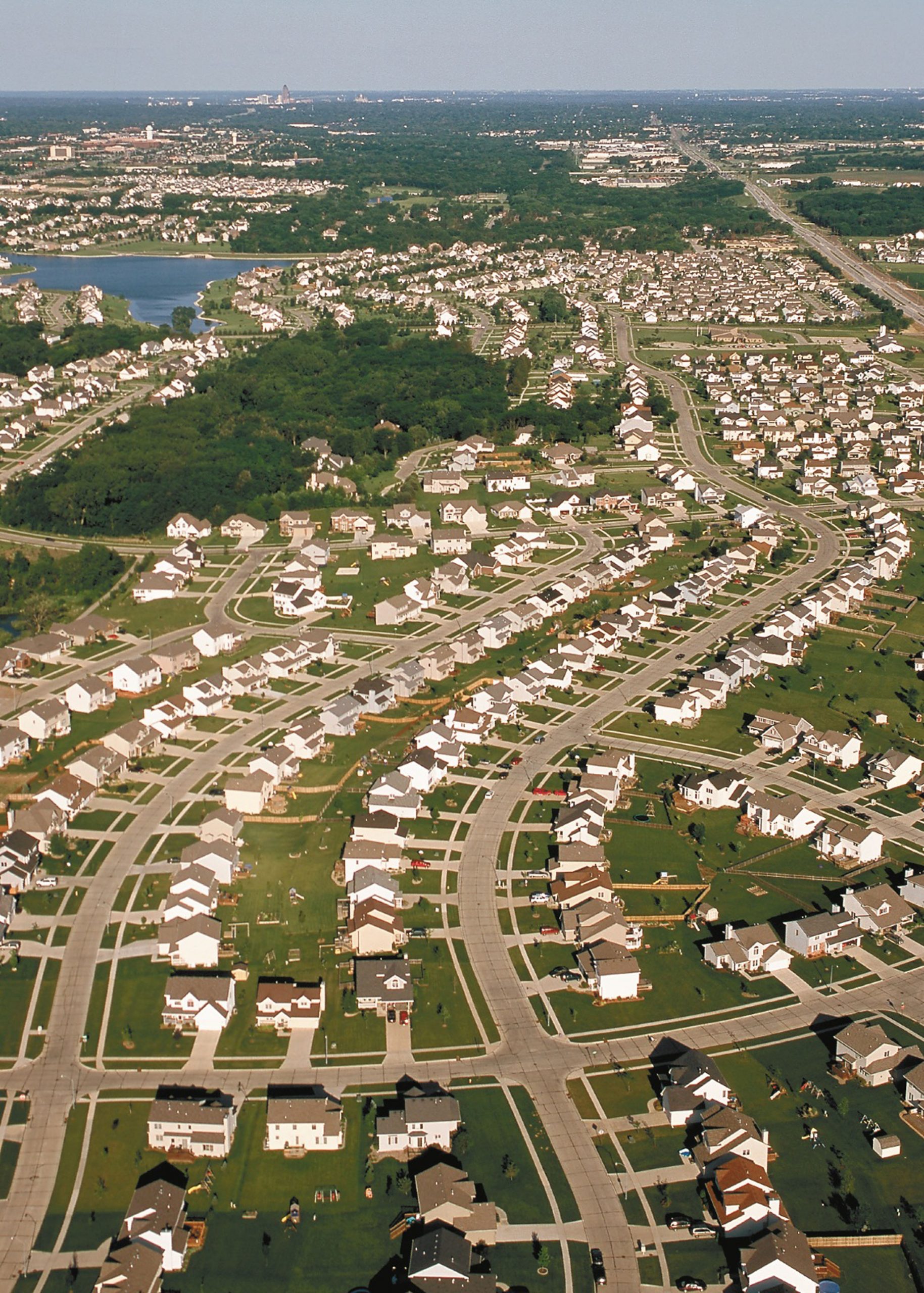 April 15, 2013 – Long commute times and urban areas that leapfrog over open space make it harder for people to socialize, but cities that are decentralized are even worse, University of Utah researchers say in a study published online today in the Journal of Transport Geography.

“We found that decentralization has 10 times the negative impact of fragmentation, and 20 times that of longer commute times,” says Steven Farber, assistant professor of geography at the university. “For planners and policy makers concerned about making our cities more vibrant, it is clear that intensifying development has the most positive effect on social interaction.”

“These data suggest that ideas like converting parking lots to condos, or reducing the size of roads to accommodate cafes that spill out onto the sidewalks, can have social benefits that outweigh the cost of increased traffic,” he notes.

Social interaction – and understanding the factors that enable or diminish it – is important for individual, economic and social well-being.

“Social activities promote the relationships, shared knowledge and experiences that build valuable social capital that will make the cities of the 21st century more successful and globally competitive,” says Farber. “We know from previous research that sprawl and increased use of automobiles are related to reduced social contact, and also that social activities are first to drop out of people’s daily schedules when pressed for time. So, sprawling cities may one day suffer unforeseen consequences when their citizens cannot and do not get together socially.”

Researchers used a new calculation, called social interaction potential, or SIP, to measure opportunities for people to engage in face-to-face socializing. For this study, they focused on calculating the possibilities for people in large metropolitan areas to get together after work, which represents a large percentage of the planned social activities that take place among workers in the United States.

Using census-tract data in each of the 42 largest cities in the United States, they simulated millions of pairs of possible combinations of home and work locations in each city. To that, a time element was added since people don’t have unlimited time to accomplish a given task. In this case, a single, after work time “budget” of 90 minutes was added to the calculations to replicate realistic constraints on the choice to socialize.

The resulting space-time “prism” – which is basically an envelope derived from triangulating home location and workplace with the number of likely gathering places given the time budget – overlays with others to varying degrees. That gives researchers a way to look at possibilities for social interactions in a given city, and also to assess which factors most hinder opportunities for social contacts.

The researchers compared the actual amount of interaction opportunity with the maximum possible, given the size of the city. That allowed them to gauge the SIP efficiency, or how well the urban layout enables people to socialize.

That data were correlated with information on 35 characteristics of each city, such as its area, size of the population, residential and employment densities, travel times and highway density.

Farber relied on a supercomputer at the University of Utah Center for High Performance Computing to crunch the vast amount of data. “Predictably, the math just explodes,” notes Farber, “but it gives us a multidimensional look at the human costs of urban sprawl.”

The 35 city characteristics sorted into the five factors most identifiable with urban sprawl: decentralization, which means the dispersion of population and industry away from a central core; big city, meaning size and density of the population; fragmentation, meaning built areas that are interrupted by open space; polarization, or low mixing of land uses in a given area; and long commute times.  Of the five, three – decentralization, fragmentation and commute times – significantly reduced the opportunity for socializing and, of them, decentralization had the strongest effect.

“Now that we have data to measure the connections between sprawl and social contact,” Farber adds, “we are interested in future research that looks at how transportation and land-use patterns might impact social interaction differently throughout a region, asking questions about how that might affect social equity and segregation. For example, who in a city has more or less social interaction potential, and does that affect social segregation and political polarization?”

ABOUT GEOGRAPHY AT THE UNIVERSITY OF UTAH:

Geography is the study of the Earth as home to humanity, bridging the human and physical sciences. Geographers help solve complex 21st century challenges such as climate change, globalization, sustainability, urbanization, and living with hazards. The Department of Geography focuses on research and teaching in: Earth-system science, urban economic systems and geographic information science. Learn more at http://geog.utah.edu.