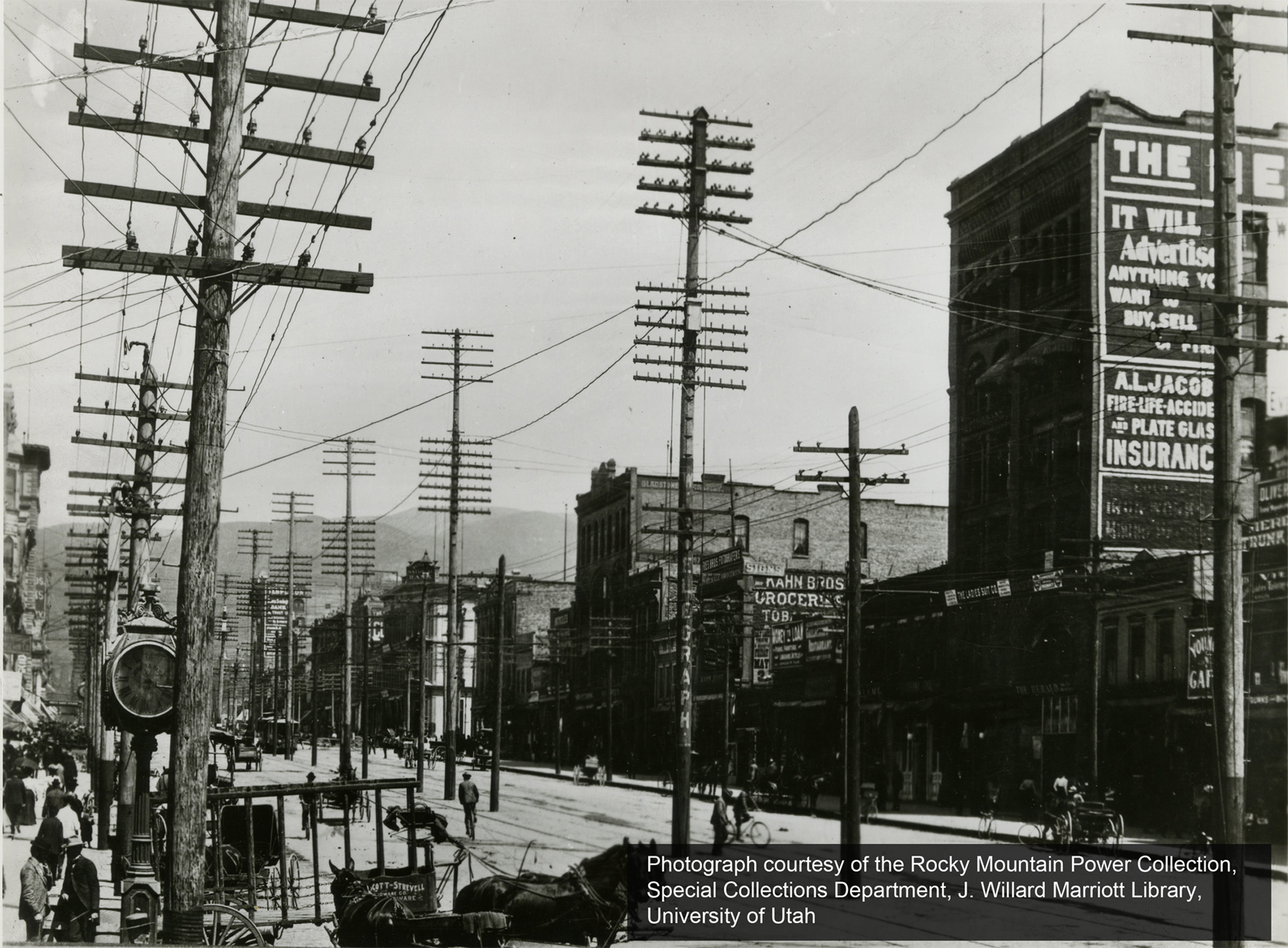 February 2, 2012 – The University of Utah’s J. Willard Marriott Library today unveiled its new historic collections of photographs and manuscripts chronicling the first 100 years of what is now Rocky Mountain Power.

Salt Lake City was the fifth city in the world to install central station electric street lighting, following New York, London, San Francisco and Cleveland. Rocky Mountain Power, formerly Utah Power and Light, brought electricity to the region around the turn of the century which allowed for the rapid development of mining and other emerging industries, and played a big role in urban and residential planning.

In celebrating its centennial, Rocky Mountain Power has contributed a vast collection of fascinating materials – vintage photographic materials such as glass negatives, albumen prints and “magic lantern slides,” which were viewed through an antique projector with a candle for illumination. Accounting ledgers, work orders, and blueprint planning documents of power houses and distribution lines (both above and below ground) will also be on display. The collection spans from 1885 through 1985, with a few images from the early 1990’s.

In August of 2010, Rocky Mountain Power contracted the U’s Marriott Library to clean, preserve, and digitize more than 3,000 photographs and negatives. The manuscripts and photos are currently being indexed and will be accessible to the public at the George S. Eccles Special Collections Reading Room on level 4 of the library.