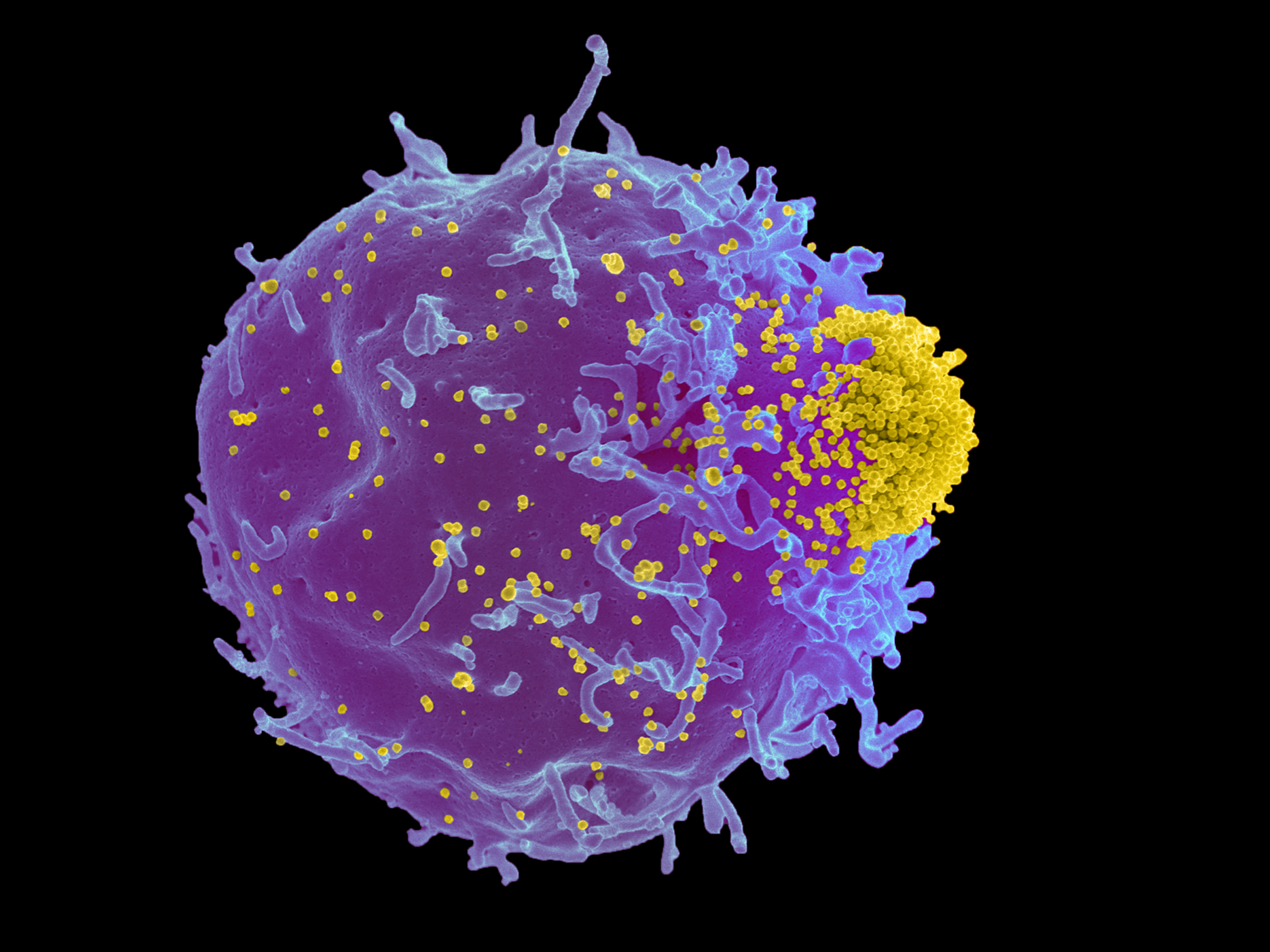 Feb. 6, 2012 – University of Utah biologists found new evidence why mice, people and other vertebrate animals carry thousands of varieties of genes to make immune-system proteins named MHCs – even though some of those genes make us susceptible to infections and to autoimmune diseases.

“Major histocompatibility complex” (MHC) proteins are found on the surface of most cells in vertebrate animals. They distinguish self from foreign, and trigger an immune response against foreign invaders. MHCs recognize invading germs, reject or accept transplanted organs and play a role in helping us smell compatible mates.

“This study explains why there are so many versions of the MHC genes, and why the ones that cause susceptibility to diseases are being maintained and not eliminated,” says biology Professor Wayne Potts. “They are involved in a never-ending arms race that causes them, at any point in time, to be good against some infections but bad against other infections and autoimmune diseases.”

By allowing a disease virus to evolve rapidly in mice, the study produced new experimental evidence for the arms race between genes and germs – known technically as “antagonistic coevolution.” The findings will be published online the week of Feb. 6, 2012, in the journal Proceedings of the National Academy of Sciences.

Potts, the senior author, ran the study with first author and former doctoral student Jason Kubinak, now a postdoctoral fellow in pathology. Other co-authors were biology doctoral student James Ruff, biology undergraduate C. Whitney Hyzer and Patricia Slev, a clinical assistant professor of pathology. The research was funded by the National Science Foundation and the National Institute of Allergy and Infectious Diseases.

Theories for the Diversity of Immune-System MHC Genes

Most genes in humans and other vertebrate have only one or two “alleles,” which are varieties or variants of a single gene. Although any given person carries no more than 12 varieties of the six human MHC genes, the human population has anywhere from hundreds to 2,300 varieties of each of the six human genes that produce MHC proteins.

“The mystery is why there are so many different versions of the same [MHC] genes in the human population,” Kubinak says, especially because many people carry MHCs that make them susceptible to many pathogens (including the AIDS virus, malaria and hepatitis B and C) and autoimmune diseases (including type I diabetes, rheumatoid arthritis, lupus, multiple sclerosis, irritable bowel disease and ankylosing spondylitis).

Scientists have proposed three theories for why so many MHC gene variants exist in vertebrate animal populations (invertebrates don’t have MHCs), and say all three likely are involved in maintaining the tremendous diversity of MHCs:

The Arms Race between Germs and MHC Genes

“You naturally keep genes that fight disease,” Kubinak says. “They help you survive, so those MHC genes become more common in the population over time because the people who carry them live to have offspring.”

Pathogens – disease-causing viruses, bacteria or parasites – infect animals, which defend themselves with MHCs that recognize the invader and trigger an immune response to destroy the invading pathogen.

But over time, some pathogens mutate and evolve to become less recognizable by the MHCs and thus evade an immune response. As a result, the pathogens thrive. MHCs that lose the battle to germs become less common because they now predispose people who carry them to get sick and maybe die. It was thought such disease-susceptibility MHC genes eventually should vanish from the population, but they usually don’t.

Why? While some of those MHCs do go extinct, others can persist, for two reasons. First, some of the now-rare MHCs gain an advantage because they no longer are targeted by evolving microbes, so they regain an ability to detect and fight the same germ that earlier defeated them – after that germ mutates yet again. Second, some of the rare MHCs can mount an effective immune response against completely different microbes.

How the Study was Performed; Implications of the Findings

The researchers studied 60 mice that were genetically identical, except the mice were divided into three groups, each with a different variety of MHC genes known as b, d and k, respectively.

A mouse leukemia virus named the Friend virus was grown in tissue culture and used to infect two mice from each of the three MHC types. The fast-evolving retrovirus grew within the mice for 12 days, attacking, enlarging and replicating within the spleen and liver. Virus particles in the spleen were collected, and the severity of illness was measured by weighing the enlarged spleen.

Then, virus taken from each of the first three pairs of mice (b, d and k) was used to infect another three pair of mice with the same MHC types. The process was repeated until 10 pairs of mice in each MHC type were infected, allowing the virus time to mutate.

In this first experiment, the biologists showed they could get the Friend virus to adapt to and thus evade the MHC variants (b, d or k) in the mouse cells it attacked.

Next, the researchers showed that the virus adapted only to specific MHC proteins. For example, viruses that adapted to and sickened mice with the MHC type b protein still were attacked effectively in mice that had the type d and k MHCs.

In the third experiment, the researchers showed that pathogen fitness (measured by the number of virus particles in the spleen) correlated with pathogen virulence (as measured by spleen enlargement and thus weight). So the virus that evaded MHC type b made mice with that MHC sicker.

Together, the experiments demonstrate “the first step in the antagonistic coevolutionary dance” between a virus and MHC genes, Potts says.

Potts says the findings have some important implications: