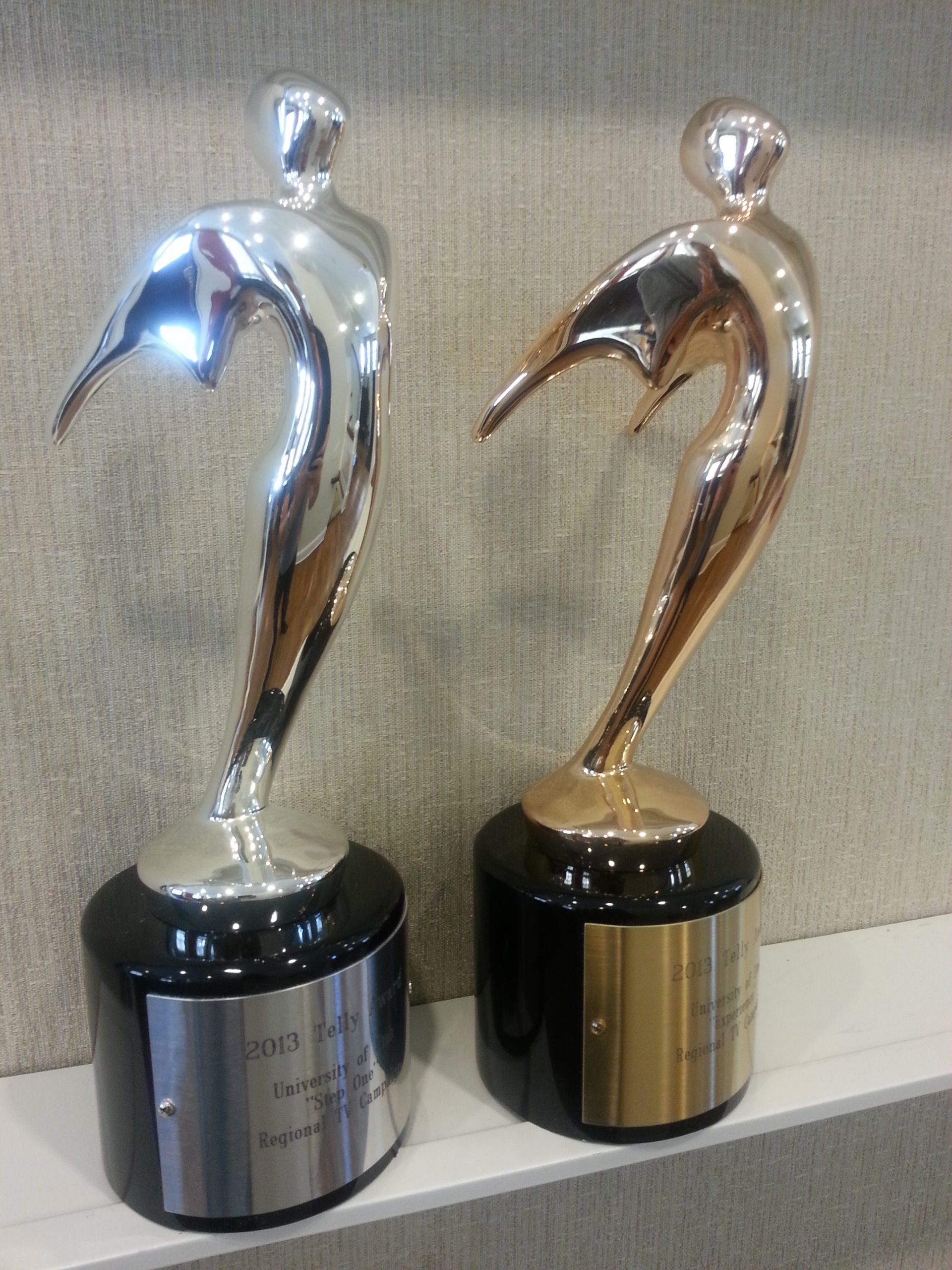 June 14, 2013 – The University of Utah’s Imagine U branding campaign is making its mark in the world of television as two commercial spots are recognized with the prestigious Telly Award.

The ad “Step One” claimed the top honor of a Silver Telly, while another version of the ad, “Experience,” garnered a Bronze Telly.

“The results demonstrate that the University of Utah has a powerful story to tell,” said Bill Warren, the U’s chief marketing and communications officer.  “These engaging spots help send a message worldwide that the U offers a collaborative learning environment in which students, faculty, staff and the community imagine, and then do.”

The Telly Awards – issued by a New York City-based organization of the same name – identify the best in television, video and film production each year with a field of more than 11,000 entries.

“We are honored to be recognized among this superior video work,” said Brian Rasmussen, the U’s marketing director. “These awards speak to the collaborative effort of our marketing professionals working to showcase the limitless possibilities and experiences at the University of Utah.”

The spots, which began airing on Utah television stations on Jan.1, reflect the input of students, faculty, staff and alumni.  The commercials will continue to appear periodically throughout the state and region on the Pac-12 Network.

For more information about the Imagine U campaign, visit http://umc.utah.edu/imagine-u