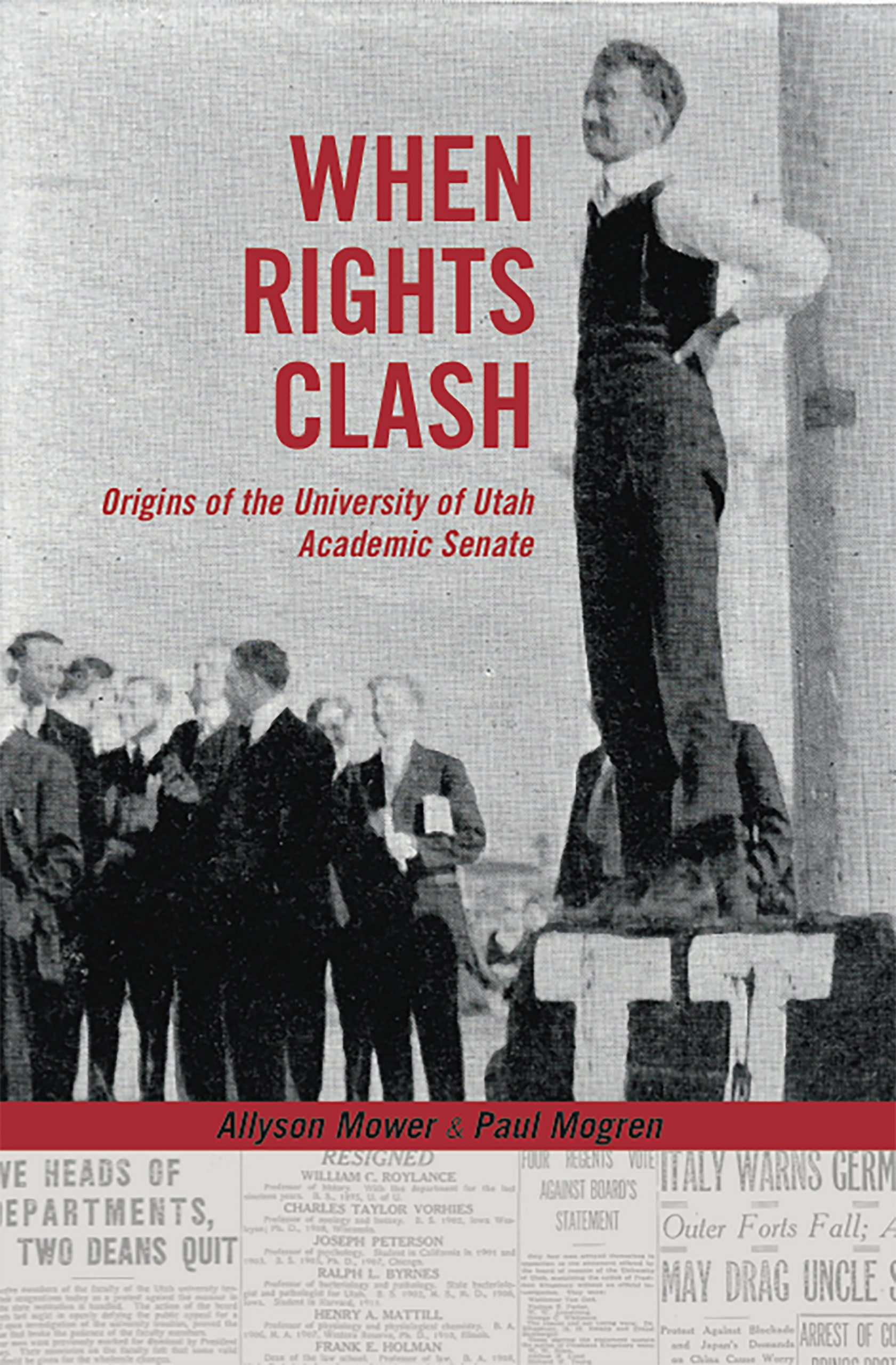 April 8, 2015 – In 1915, with tensions already high between faculty and administration over contracts, salaries, freedom of association and freedom of speech, a turning point came when the University of Utah fired four professors without just cause and 14 faculty resigned in protest. To resolve these issues, create a fairer environment on campus and establish formal communication with the administration and regents, the Academic Senate was formed 100 years ago on April 12, 1915.

In commemoration of the creation of the Academic Senate, Allyson Mower and Paul Mogren, both former senate presidents wrote “When Rights Clash: Origins of the University of Utah Academic Senate,” to provide a better understanding of the operational procedures of the state’s flagship institution.

Originally comprised of five elected professors, the Academic Senate’s initial role was to act on behalf of the faculty about tenure, academic programs and funding. Over the past century, the Academic Senate has grown to 118 voting members representing students, professors, instructors, researchers, clinicians, librarians and deans. Today, the senate still serves its original function of establishing and maintaining lines of communication between faculty, students and administrators.

“The events that led up to the Academic Senate being created in 1915 were historic—faculty being fired for challenging the president and trying to oust him, an investigation from a national organization and the Alumni Association calling for regents to be replaced,” said Mower, librarian at the U’s J. Willard Marriott Library. “These events highlighted the importance of having well-defined governance, roles and decision-making authority.”

In the past 100 years, the Academic Senate has legislated on matters of educational policy and curriculum reform, participated in decisions relating to the general academic operations of the university including budget and administrative appointments, defined tenure and academic freedom, developed College Councils and drafted the U’s mission statement.

“The Senate has a powerful role creating and approving policy considering curriculum, evaluating teaching and research, and looking at issues affecting the community,” said Mogren, emeritus librarian at the U’s J. Willard Marriott Library. “The Senate also has a role advocating for the U, helping to decide who leads the university, and for representing the U in various communities.”

“When Rights Clash: Origins of the University of Utah Academic Senate” is available online or at the Marriott Library.