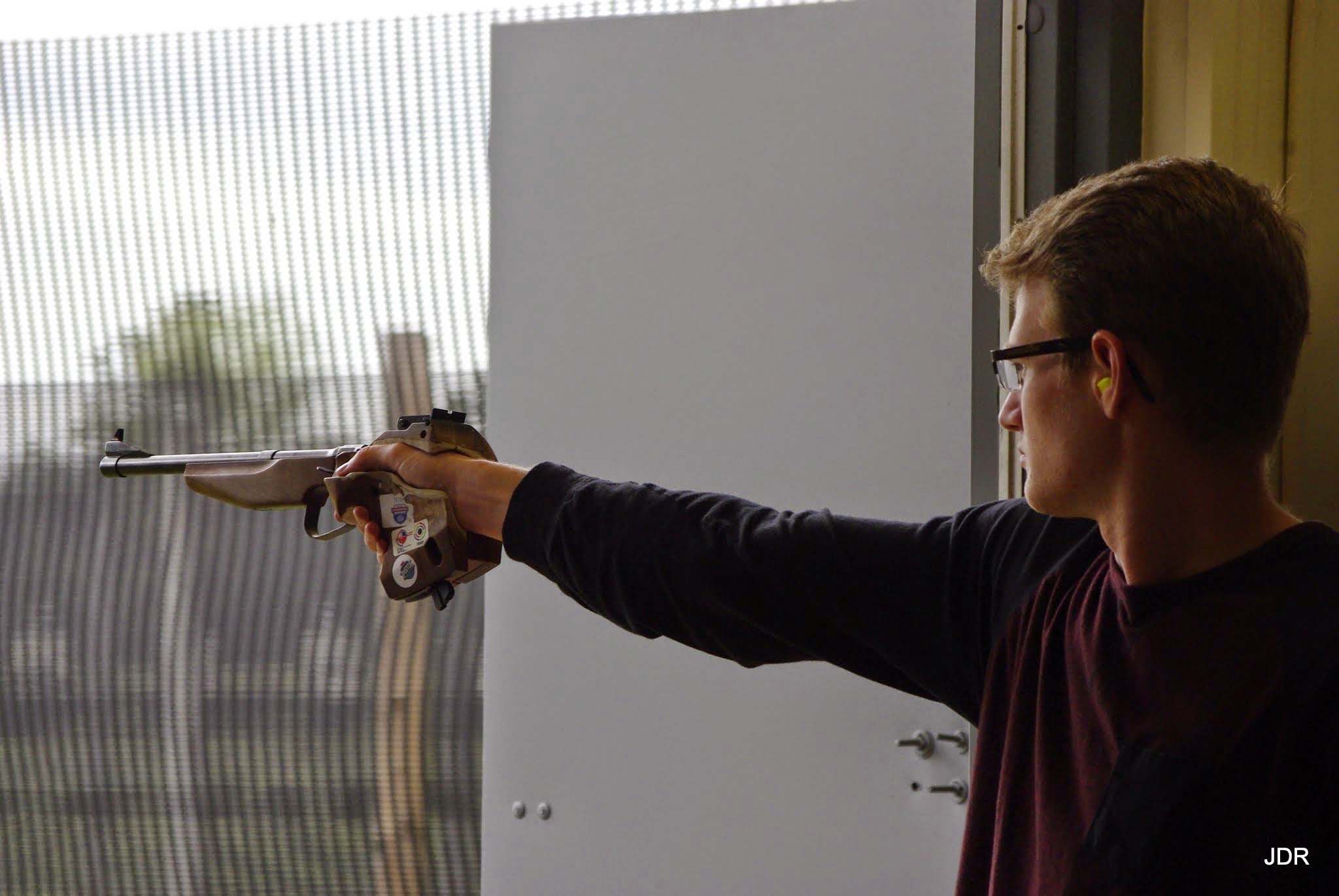 Wyatt Brown, a sophomore majoring in film and theater studies, won the open air pistol and free pistol competitions. He also brought home all-American honors in all three open events and took second place in the aggregate of those events.

Lexi Lagan, a junior majoring in physics and pre-law, won the women’s aggregate competition and took the silver medal in women’s sport pistol and the bronze in women’s air pistol. She also brought home three all-American awards. Lagan went on to compete for a slot on the USA Shooting team, which represents the United States internationally and is sponsored by the U.S. Olympic Committee. She placed fourth in the sport pistol category at the USA Shooting Rifle/Pistol Spring Selection.

Prior to this year’s strong showing, the U pistol team had won only one team event and three individual events at nationals in 20 years. Matt DeLong, assistant pistol coach at the U, says the team “performed up to their potential in two events.” With three of our four team members returning, he adds, “Next year we should win the national championship.”

Interested students may try out for membership on this winning team by contacting coach DeLong at 801-581-7462 or delong@physics.utah.edu.