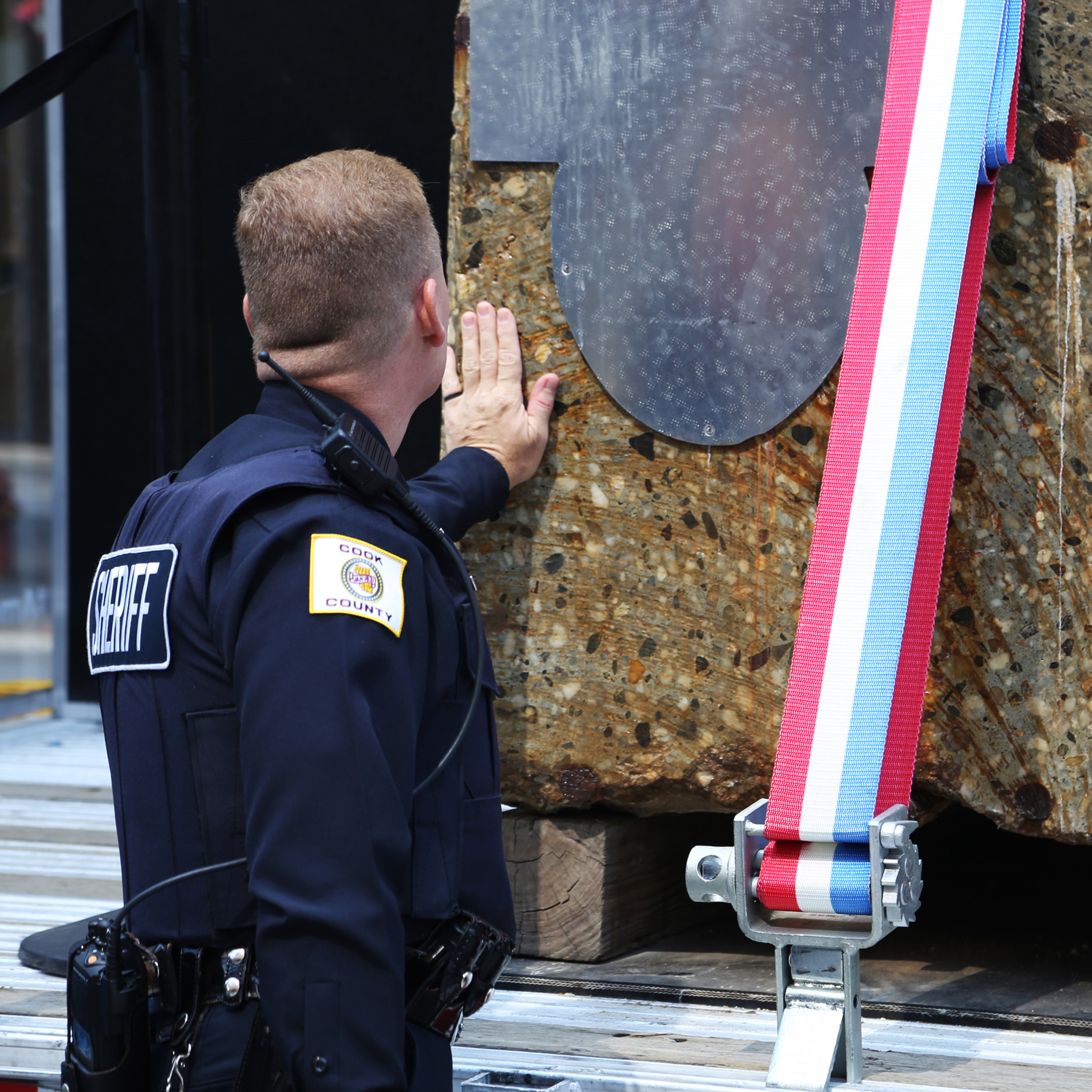 Oct. 16, 2013 – The Fort Douglas Military Museum, housed on the University of Utah campus, is the first location to acquire one of nine pieces of foundation saved from the World Trade Center after the Sept. 11, 2001, terror attacks.

The 4.5-ton piece of concrete, rock and steel rebar is the centerpiece of the museum’s new Utah’s Fallen Warrior Memorial, which Gov. Gary Herbert will dedicate Monday, Oct. 21, 11 a.m., at the Fort Douglas Military Museum. The event is free and open to the public.

The artifact will be housed in the new Fort Douglas Memorial Park behind the museum. Development of the park was initiated by Park City resident Raette Belcher.

“After meeting several Gold Star mothers, those whose sons or daughters lost their lives in military service, my heart was touched, and I set out to bring this memorial to Utah,” Belcher said. “I have been amazed at how many people, with their talents and resources, it takes to complete such a project.”

The artifact from the twin towers is called UT6andALL to commemorate the six gold-star mothers who spearheaded the project along with all of Utah’s fallen warriors.

“We’re honored to be home to such a monumental piece of history where people can come to show their respect for Utah’s fallen warriors,” said museum Director Robert Voyles.  “Fort Douglas is 151 years old this year and has maintained a strong commitment to preserving Utah’s military history, so it is a fitting place for this memorial.”

In addition to the twin towers artifact, Fort Douglas Memorial Park will feature a six-statue exhibit designed to salute women in military service. This exhibit is scheduled to be completed in early 2014. The park was developed, designed and constructed entirely from donated labor and materials.

The artifact from the World Trade Center has been on a national and statewide tour for the last month where it has garnered emotional welcomes and standing-room-only crowds.

The museum is located at 32 Potter St. and is open Tuesday through Saturday, noon to 5 p.m. Admission is free. Visit Fort Douglas or Utah Fallen Warriors to learn more or to donate.