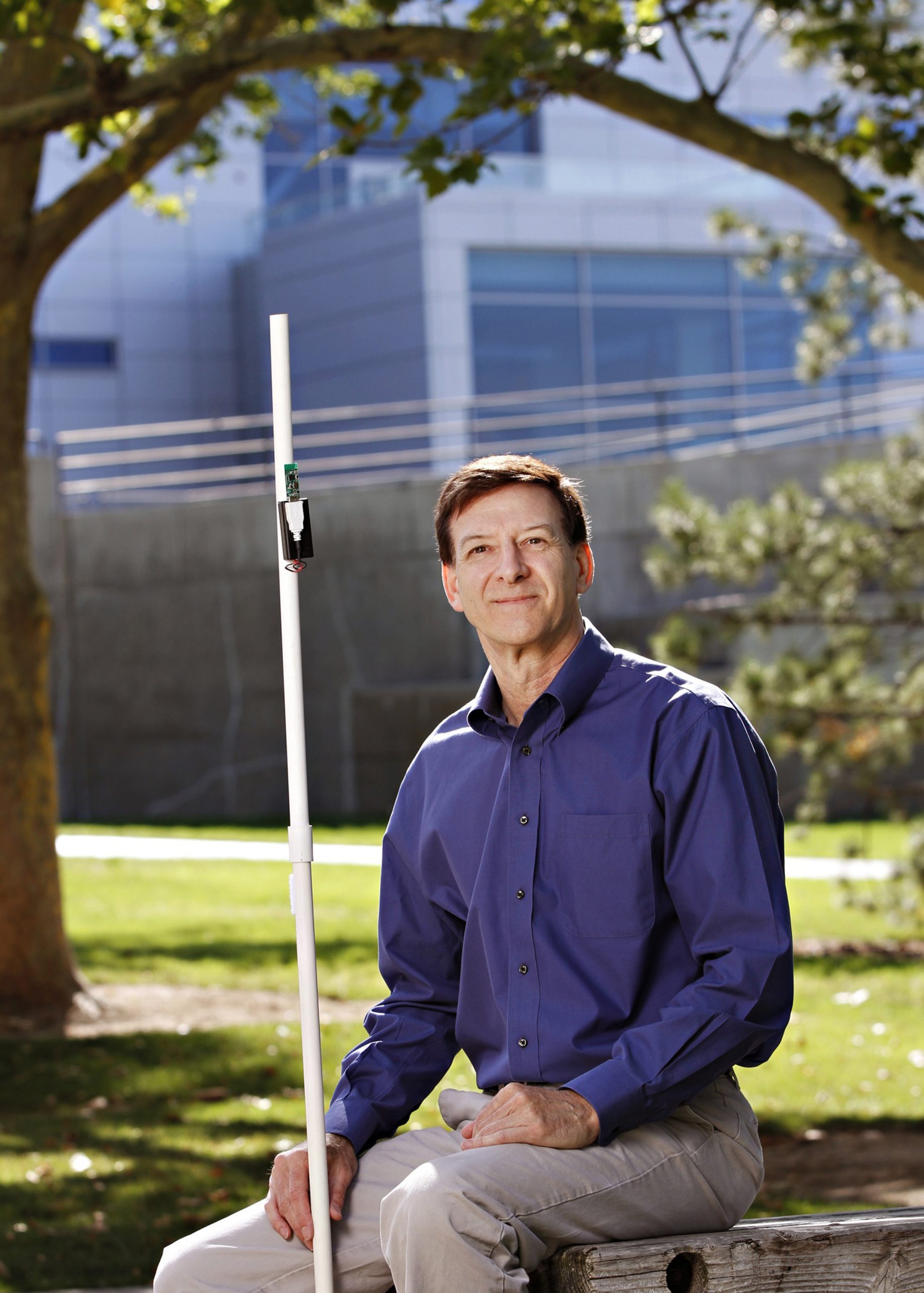 Sept. 9, 2013 – University of Utah electrical engineers have developed a network of wireless sensors that can detect a person falling. This monitoring technology could be linked to a service that would call emergency help for the elderly without requiring them to wear monitoring devices.

For people age 65 and older, falling is a leading cause of injury and death. Most fall-detection devices monitor a person’s posture or require a person to push a button to call for help. However, these devices must be worn at all times. A 2008 study showed 80 percent of elderly adults who owned call buttons didn’t use the device when they had a serious fall, largely because they hadn’t worn it at the time of the fall.

Now, University of Utah electrical engineers Brad Mager and Neal Patwari have constructed a fall-detection system using a two-level array of radio-frequency sensors placed around the perimeter of a room at two heights that correspond to someone standing or lying down. These sensors are similar to those used in home wireless networks. As each sensor in the array transmits to another, anyone standing – or falling – inside the network alters the path of signals sent between each pair of sensors.

Mager is presenting the new fall-detection system Tuesday, Sept. 10 in London at the 24th Annual Institute of Electrical and Electronics Engineers International Symposium on Personal, Indoor and Mobile Radio Communications.

The team plans to develop this proof-of-concept technology into a commercial product through Patwari’s Utah-based startup company, Xandem Technology. The study was funded by the National Science Foundation.

“The idea of ‘aging-in-place,’ in which someone can avoid moving to a nursing home and live in their own home, is growing,” says Patwari, senior author of the study and associate professor of electrical and computer engineering at the University of Utah. “Ideally, the environment itself would be able to detect a fall and send an alert to a caregiver. What’s remarkable about our system is that a person doesn’t need to remember to wear a device.”

By measuring the signal strength between each link in the network – similar to the number of “bars” on your cell phone – an image is generated to show the approximate location of a person in the room with a resolution of about six inches. This imaging technique, called radio tomography, uses the one-dimensional link measurements from the sensor network to build up a three-dimensional image.

“With this detection system, a person’s location in a room or building can be pinpointed with high accuracy, eliminating the need to wear a device,” says Mager, a graduate student in electrical and computer engineering and first author of this study. “This technology can also indicate whether a person is standing up or lying down.”

What’s more, the system is programmed to detect whether a fall was indeed a dangerous one, rather than someone simply lying down on the floor.  By conducting a series of experiments measuring the amount of time that elapsed when a person fell, sat down, or laid down on the ground, the researchers determined a time threshold for accurately detecting a fall.  This information was fed back into algorithms used to determine whether a given event was a fall or one of the other benign activities.