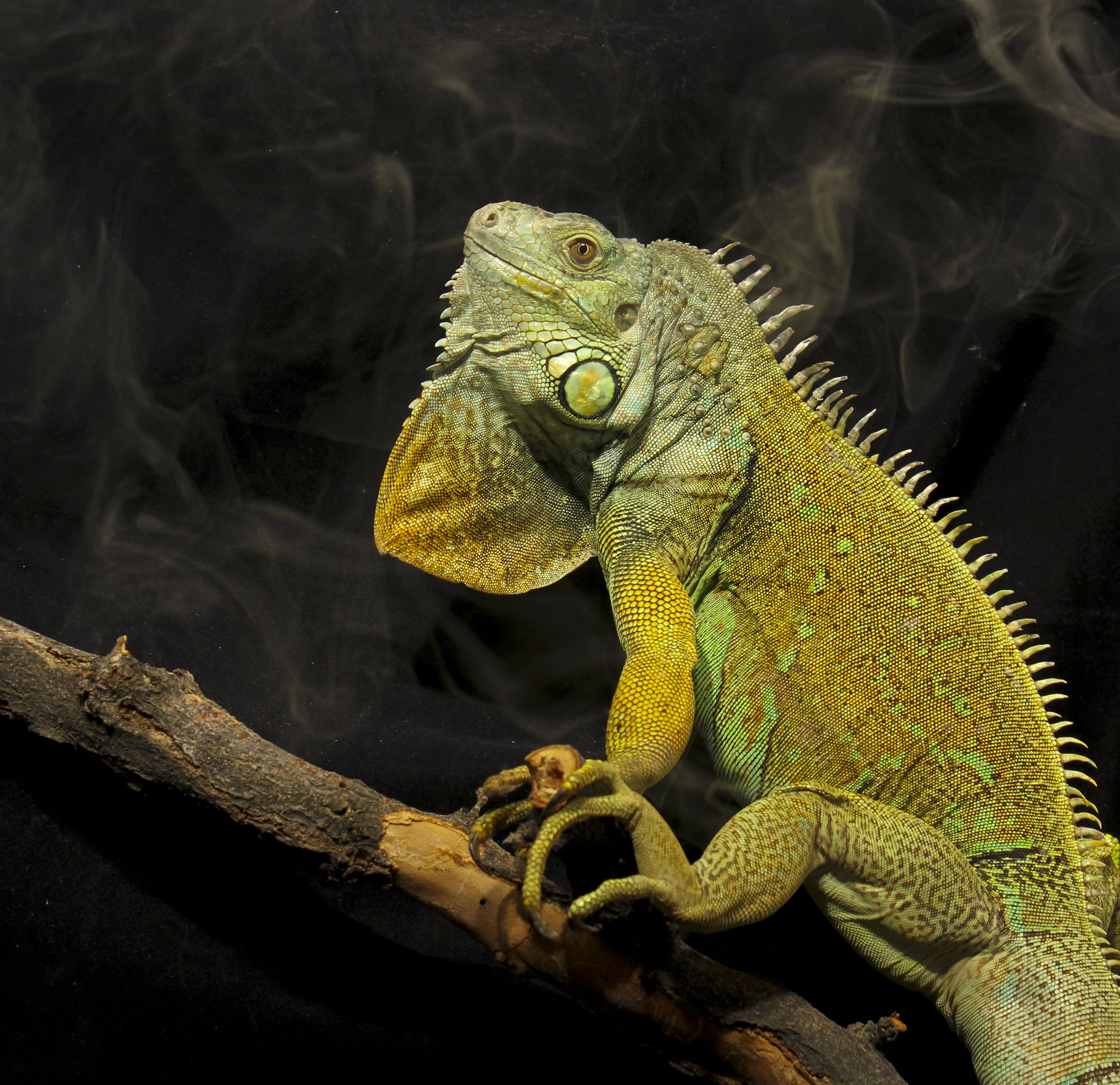 Nov. 17, 2014 – Whether birds are breathing in or out, air flows in a one-directional loop through their lungs. This pattern was unexpected and for decades, biologists assumed it was unique to birds, a special adaptation driven by the intense energy demands of flight.

But that view is wrong, according to University of Utah scientists who now have shown that bird-like breathing also developed in green iguanas – reptiles not known for high-capacity aerobic fitness. The finding bolsters the case that unidirectional bird-like flow evolved long before the first birds, arising nearly 300 million years ago in a common ancestor of lizards, snakes, crocodiles and dinosaurs including birds.

“We thought we understood how these lungs work, but in fact most of us were completely wrong,” says Colleen Farmer, an associate professor of biology at the U and lead author of the new study published today in Proceedings of the National Academy of Sciences. “People have made a lot of assumptions about how lungs work in animals such as reptiles and crocodiles but they never actually measured flow,” she says.

In humans and other mammals, lungs have airways with a tree-like branching structure. A main trunk in each lung splits into branches and twigs. Air flows in and out in a tidal fashion. Oxygen and carbon dioxide pass to and from blood in tiny air sacs, called alveoli, at the tips of the smallest airway branches.

In bird lungs, air loops in one direction through a series of tubes lined with blood vessels for gas exchange. Aerodynamic forces act like valves to sustain the one-way flow through cycles of inhalation and exhalation.

“For years, people thought that the design evolved to meet the energetic demands of flight,” Farmer says. “That’s all wrong. Iguanas don’t fly.”

Alligators also have a bird-like pattern of airflow. Farmer and Kent Sanders, a radiologist at the U, revealed that in a 2010 study. It was the first evidence that one-directional lung ventilation might be an innovation pre-dating the origin of birds. Earlier this year, Farmer along with Emma Schachner and Robert Cieri at the U, and James Butler of Harvard University reported that monitor lizards have one-directional airflow through their lungs, too.

Those discoveries left open the possibility that crocs and monitor lizards evolved their bird-like lungs independently, that is, their evolution converged on a design similar to birds. The finding of bird-like lungs in yet another group of reptiles builds a stronger case for an origin in the remote past in a common ancestor.

To make the discovery, Farmer and co-authors Cieri, Schachner and Brent Craven of Pennsylvania State University had to find a way to visualize air moving through iguana lungs. In one set of experiments, they used a surgical scope to look inside the lungs of live iguanas as the lizards inhaled harmless smoke from a theatrical fog machine. They also used probes that measure air speed and volume in dissected lungs. Working from 3-D X-ray imaging of the contours of iguana lungs, Craven made a computer model simulating airflow. The model’s predictions closely matched the patterns observed in real lungs. “It was dead-on with the directions of flow we observed,” Farmer says.

The revelations make clear that scientists have much to learn about the physiology of lungs in species other than mammals.  Textbooks generally assert that air moving in and out of lungs flows down a pressure gradient from a point of higher pressure to one of lower pressure, but Farmer says her group’s findings show that in iguana lungs “that’s not what’s going on at all.” The shapes and angles of the lung airways point jets of air that create one-directional flow.

The mechanics aren’t fully known yet, but Farmer says a better understanding could inspire new ways to design devices that circulate or filter blood or other fluids without using mechanical valves. “The geometry of these lungs, it is so weird,” Farmer says, “I don’t think any engineer would dream that up.”