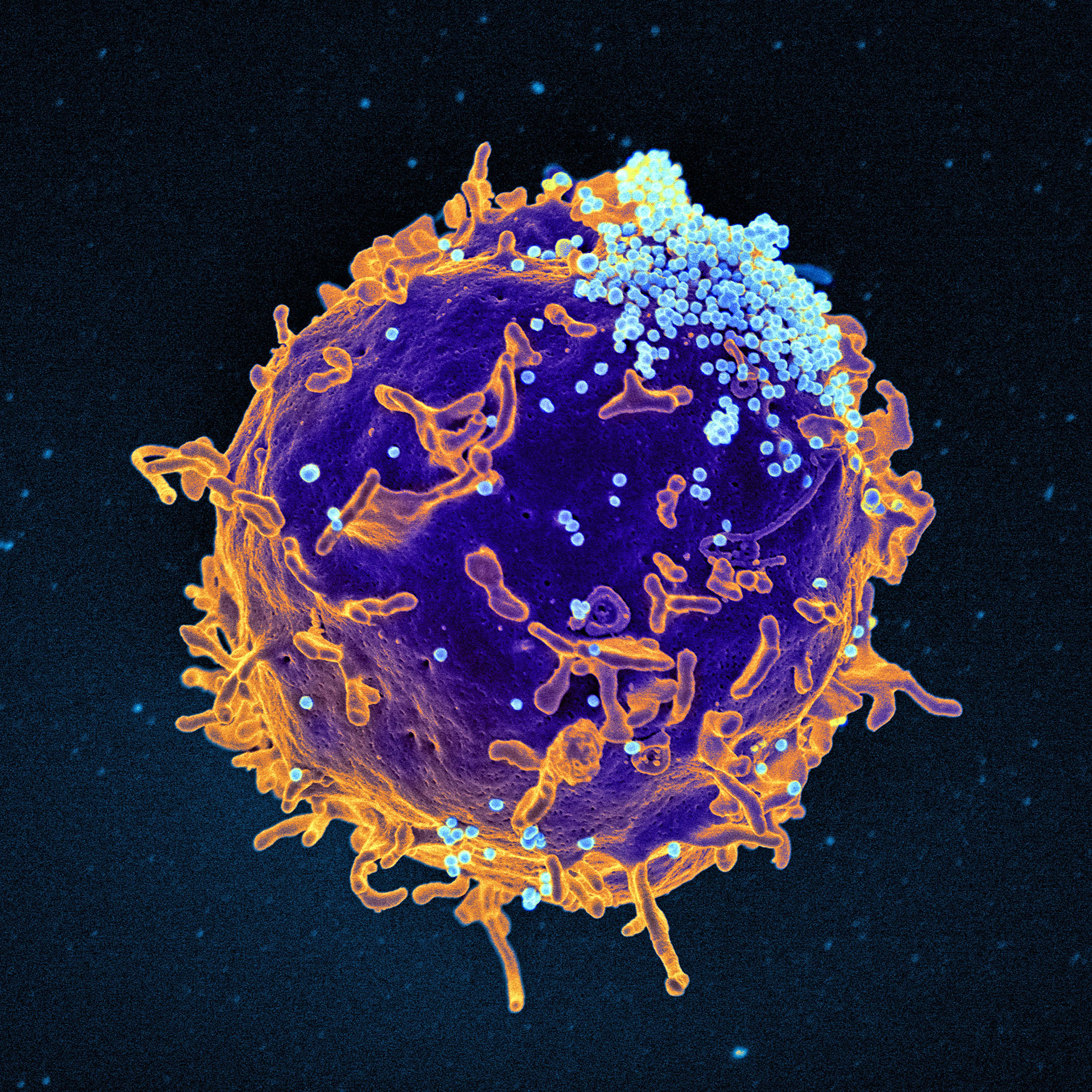 By showing this long-suspected mechanism holds true within a single species of vertebrate animal, namely, mice, the University of Utah study suggests that increased genetic diversity should be promoted in livestock and in captive-bred endangered species so as to limit their risk of getting deadly infections.

“This study showed a surprising rapid and large effect of genetic diversity in mice that dramatically reduced the replication of virus infecting the mice and the severity of disease caused by the virus,” says biology professor Wayne Potts. He is senior author of the study published online this month in the British journal Proceedings of the Royal Society B.

“There’s a reason we are not clones of our mom and dad,” says the study’s first author, Jason Kubinak, a postdoctoral fellow in biology. “Among other reasons, it’s because mechanisms that promote genetic differences between us probably protect us from more severe infectious disease.”

Indeed, Potts and Kubinak say their study’s findings support the “sex-against virulence hypothesis.” It argues that sexual reproduction, which promotes genetic diversity, may have evolved as a way to counter the ability of viruses and other pathogens to rapidly adapt to their hosts and gain virulence.

“The idea is that sexual reproduction produces different genetic makeups in all the kids so they are different than mom’s and dad’s, and therefore become more difficult to infect,” Potts says. “Our study simulates this condition. The inbred mouse strain is like an asexual line because they all have the same genetic makeup. This is one of the first empirical demonstrations of how pathogens could make it so that sexual reproduction had great benefits in providing resistance to diseases.”

(Another hypothesis is that sexual reproduction evolved to effectively weed out many of the harmful genetic mutations that occur every generation.)

Kubinak and Potts conducted the research with University of Utah colleagues Douglas Cornwall, a doctoral student in biology, and Fred Adler, a professor of mathematics and biology, along with virologist Kim Hasenkrug, of Rocky Mountain Laboratories, a Hamilton, Montana, lab of the National Institutes of Health. The study was funded by the National Science Foundation and National Institutes of Health.

Of Mice and an Unfriendly Virus

Researchers previously showed in plants and insects that a virus replicates faster and becomes more virulent when it rapidly adapts to the “host” it infects because the host species has low genetic diversity. Potts says it hasn’t been shown before in a vertebrate species, although “it had been theoretically predicted for over two decades.”

“This is the first time that anyone has shown that genetic variation within a single vertebrate animal species strongly inhibits replication of a virus and the severity of disease it causes,” Kubinak says.

The virus used in the study is known as the Friend virus complex, and is often used for studying viral infection. It is a combination of a mouse leukemia virus named Friend virus and “spleen focus-forming virus,” which causes a rapid increase in the number of red blood cells in the mouse spleen, leading to spleen enlargement that can kill infected mice, Kubinak says.

The spleen virus can’t replicate by itself, but it can if it co-infects a host cell with the Friend virus, borrowing proteins from it to form new spleen virus particles.

The mice used in the study all belonged to one species, Mus musculus, but were from seven different strains or breeds, each with numerous genetic differences, including their colors and their resistance to the Friend virus complex.

In their experiments, the researchers infected mice with virus from the spleen tissue of a previously infected mouse. They measured viral fitness by counting how fast the virus replicated (by counting viral genetic blueprints in the infected spleens), and measured virulence by weighing the spleens; the more virulent the virus, the larger the spleen.

In a key experiment, the researchers passed the virus through five mice of one strain, though five mice of another strain, through five mice of five different strains and through another set of five mouse strains in different order. In each case, the spleen from the fifth mouse was used to infect 10 other mice, which were studied 10 to 12 days later for their viral loads (fitness, or how much the virus replicated) and spleen weights (virulence, or how severely the mice were harmed by the disease).

“We found there was a significant increase in viral replication and disease severity when a virus was passed through mice of the same breed,” Kubinak says. “But the virus exposed to different mouse breeds was unable to increase its reproduction or cause more severe disease.”

Potts says the theory is that the Friend virus complex, with a small genetic blueprint, mutates rapidly, and variations in genes are favored that allow the virus to do well in mouse A. But the virus then infects mouse B, and traits that helped it in mouse A may hurt it in mouse B.

The researchers now are attempting to identify genetic changes in the virus as it tried to adapt to mice with diverse genes.

Kubinak says the findings impinge on “risks relevant to global food security. We increase the human population by 80 million people per year, and over the next century we are expected to increase the global human population to 11 billion or 12 billion. The big question is, how are we going to feed them all?”

Modern society now breeds “large numbers of animals housed in extremely close proximity to each other, and they have very limited genetic diversity: cattle, pigs, poultry – any of the major livestock species,” Kubinak says. “Livestock have been around since the dawn of agriculture, but high-intensity farming practices really have emerged within the past few decades, and we are going to become more reliant on these farming practices in the future to feed 12 billion people.”

The trouble is, experiments like those in the new study “imply that in these low-diversity, high-density settings, you may promote the emergence of more virulent infectious diseases, which puts people who work with those animals at immediate risk and the people who eat that food at indirect risk.”

With diseases like hoof and mouth already a big concern for livestock, “instead of using a limited set of breeds, maybe using multibreed herds might limit the ability of a pathogen in that setting to become highly virulent,” Kubinak says. “This also may reduce resistance to antibiotics that develops when livestock are given the drugs to prevent infection and promote growth.”

Potts says 25 percent of all vertebrate species will be endangered by 2050, and “unfortunately, captive-bred endangered species that are reintroduced into the wild have a high rate of failure – near 80 percent. There are a number of hypotheses as to why. One of them is that due to low genetic diversity created by the collapsing population size that made them endangered, they make an easier target for parasites and pathogens.”