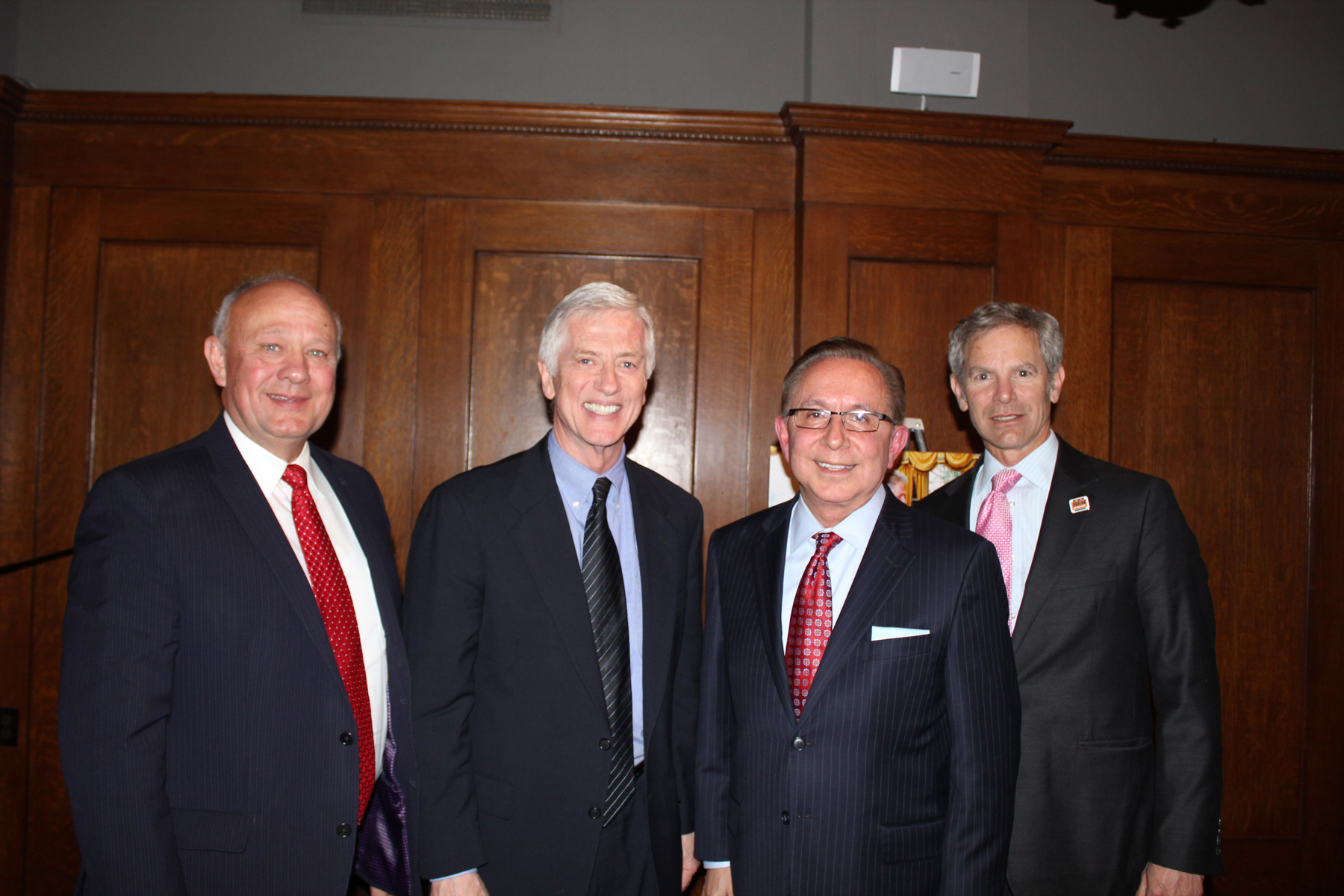 March 27, 2012 –On the evening of Monday, March 26, 2012 Utah native Mickey Ibarra was honored at the Utah Leaders Reception Honoring Mickey Ibarra. Salt Lake City Mayor Ralph Becker; former Mayor Rocky Anderson and Lane Beattie, President and CEO of the Salt Lake City Chamber of Commerce (and former Utah Senate President) recognized the contributions of The Honorable Mickey Ibarra, former Assistant to the President and Director of Intergovernmental Affairs for The White House during the Clinton administration (1997 – 2001). During this time Ibarra served as the President’s liaison to the nation’s mayors and governors.

The public is welcome to attend two additional events at the University of Utah this week. On Wednesday, March 28, 2012 Ibarra will lecture at the University’s Hinckley Institute of Politics Forum. On Thursday, March 29, the J. Willard Marriott Library at The University of Utah will honor Ibarra at The Mickey Ibarra Papers: A Utah Journey to the White House for his contribution of papers, which are now available to the public. Ibarra will speak about his career in public service and his founding of the Latino Leaders Network.

After his tenure in The White House, Ibarra established the Ibarra Strategy Group, a government and public affairs firm based in Washington, D.C. that represents a range of clients including Fortune 200 corporations, associations and non-profit organizations.

A native of Salt Lake City, Ibarra has donated photos and documents that chronicle his rich career in public service, public policy and his contributions to the Latino community. Ibarra’s photographs, manuscripts and memorabilia will be on display at the Marriott Library.

“The University of Utah, through its many academic programs and through the Hinckley Institute of Politics, is playing an active role in encouraging young people from all backgrounds to participate more fully in the political process,” notes Ibarra.  “I can think of no more appropriate place for my White House papers than this great university.”

The United States Hispanic Leadership Institute (USHLI) recently presented its inaugural Medallion For Excellence in Government Relations and Public Affairs to Ibarra at the organization’s Latino Officials Recognition Luncheon in Chicago, Illinois. The award has been named in honor of Ibarra and will be presented annually to an individual who has excelled in government relations and public affairs on behalf of the Latino community. Mickey Ibarra was also selected by the magazine Hispanic as one of the “25 Most Powerful Hispanics in Washington, D.C.” Additionally, he was awarded an Honorary Doctorate of Humane Letters from the University of Utah in 2007.