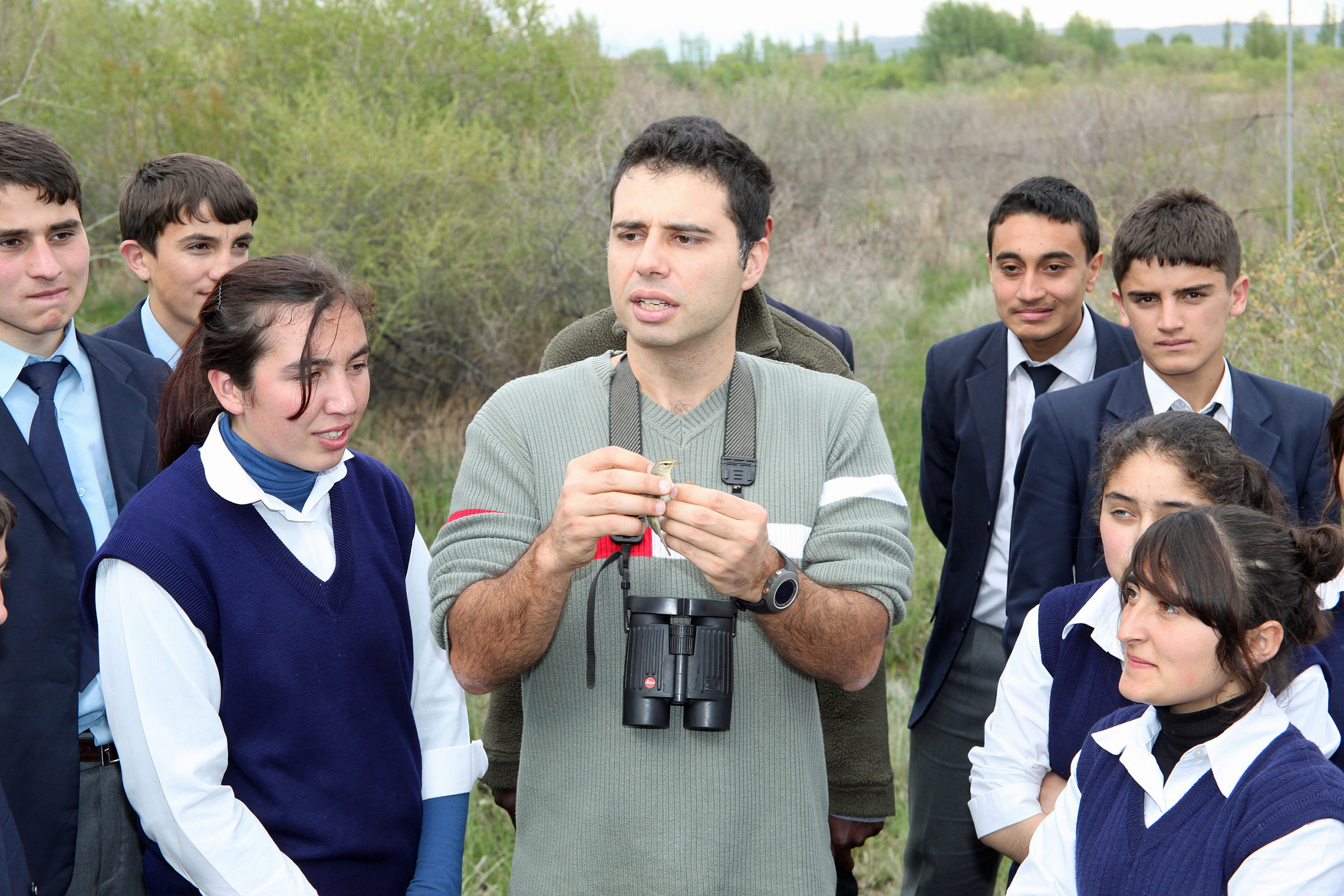 Aug. 27, 2014 – University of Utah biologist Çağan Şekercioğlu, who campaigns to save wetlands in his native Turkey, has won that nation’s highest science prize, which is similar to the U.S. National Medal of Science.

“I am humbled to be the first ecologist, ornithologist and conservation biologist to receive Turkey’s highest scientific honor,” Şekercioğlu says. “In Turkey, young people interested in science often choose engineering. I hope this award will inspire more young people to choose natural sciences in general and environmental sciences in particular.”

Şekercioğlu, an assistant professor of biology at the University of Utah, will travel to Ankara, Turkey, in late fall to pick up the award and a cash prize of 50,000 Turkish lira (about $23,000) from Recep Tayyip Erdoğan, who is taking office as Turkey’s newly elected president on Aug. 28 after serving as the nation’s prime minister since 2003.

For 2014, 19 researchers won awards in the four categories. Şekercioğlu says his Special Award was the only one for natural sciences this year and only the second in that category since 2009.

Şekercioğlu, founder of the Turkish environmental organization KuzyDoğa Society, says he was invited to apply for the award last year when he met Turkish President Abdullah Gül and handed the leader 13,000 signatures collected by biologist’s campaign to save the Aras River wetlands from a proposed dam. The wetlands are home to 258 bird species, 36 of which are threatened or endangered.

“If my receiving this award can convince the government not to destroy the wetlands where I do my science, the cycle will be complete,” Şekercioğlu says.

Şekercioğlu previously has been named a National Geographic Explorer and a National Geographic Risk Taker, won Turkey’s first Wetland Science Award and the University of Utah’s first Citizen Science Award, and is the only two-time winner of Great Britain’s prestigious Whitley Gold Award, a conservation honor which was presented to him by Princess Anne in 2008 and 2013.

Information about Şekercioğlu’s work to save the Aras River wetlands may be found here.