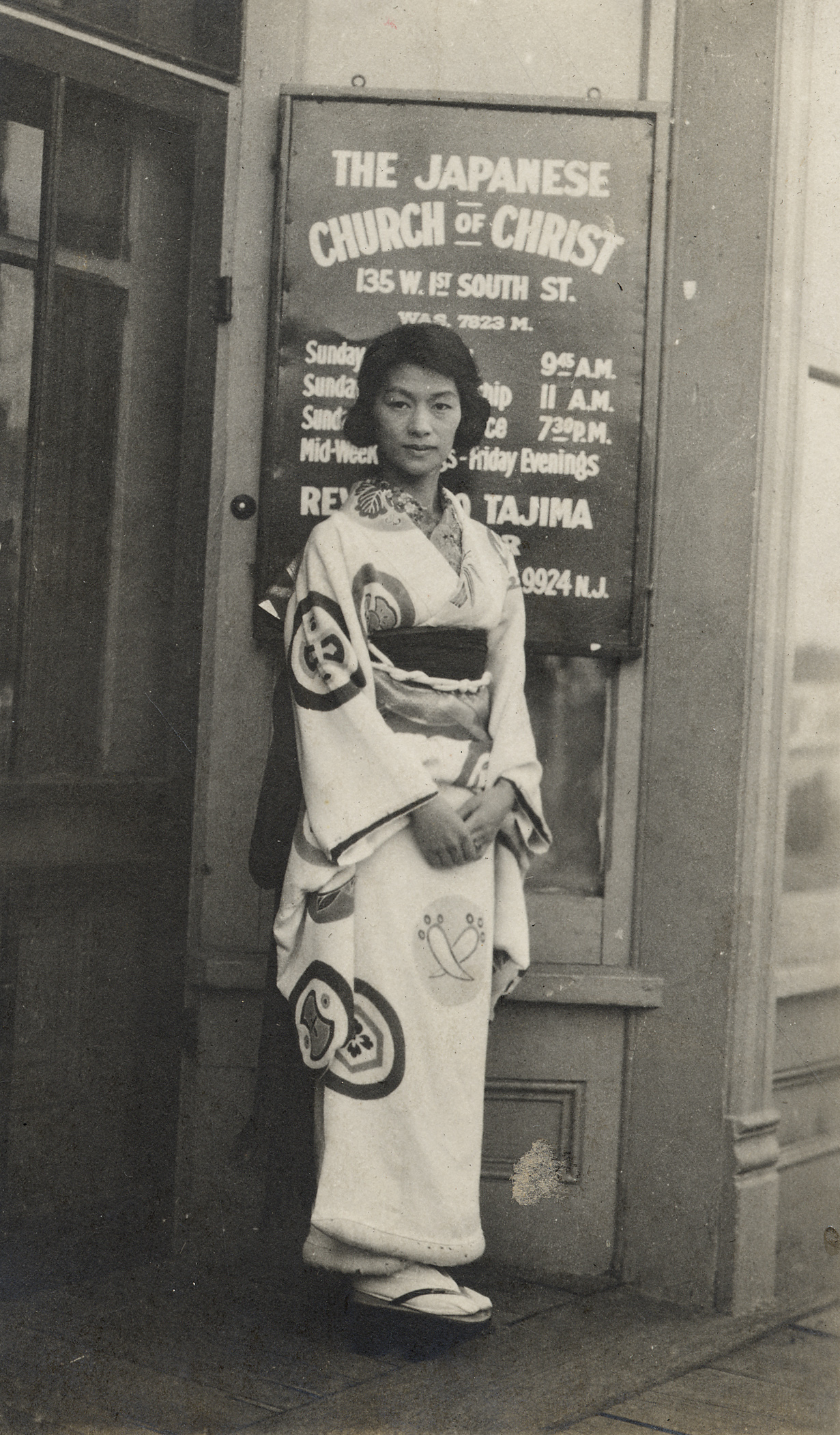 Sept. 3, 2014 – The story told by the Mitsugi M. Kasai Memorial Japanese American Archive at the University of Utah’s J. Willard Marriott Library begins with the arrival of the first Japanese immigrants who came to Utah and surrounding states to work in the railroad, mining and agricultural industries. An exhibition featuring historic photographs from the Japanese American Archive is on display in the Special Collections reading room on level four until Sept. 30. An event celebrating the naming of the archive will be held on Sept. 10 at 6:30 p.m. and is open to the public.

Included are records and letters, photographs, journals, oral histories and films from the Japanese American families who settled in Utah and surrounding states. Salt Lake City’s Japantown, the 442nd Regimental Combat Team and other U. S. military involvement, relocation to internment camps and the establishment of Japanese Buddhist and Christian churches are a few pieces of the history covered in this rich archive.

The archive is named in honor of Mitsugi M. Kasai for his dedication to preserving the history and culture of Japanese Americans and for a generous bequest he made through his estate. Kasai grew up on his family’s farm in Idaho, which he ran while his brother served in World War II and then moved to Utah. Having served nearly 30 years in U.S. military intelligence, Kasai felt that Japanese Americans needed to be recognized for their patriotism and service to their country. As a civilian, Kasai took up the charge of preserving Japanese Americans’ place in history, and his efforts have resulted in a rich archive that illuminates the lives of numerous individuals and organizations.

“When I look at some of the images in the archive, I feel indebted to those who have contributed their family photos and memorabilia, because now we have a remarkable collection documenting the Japanese American experience,” said Lorraine Murakami Crouse, multimedia archivist in Special Collections at the Marriott Library.