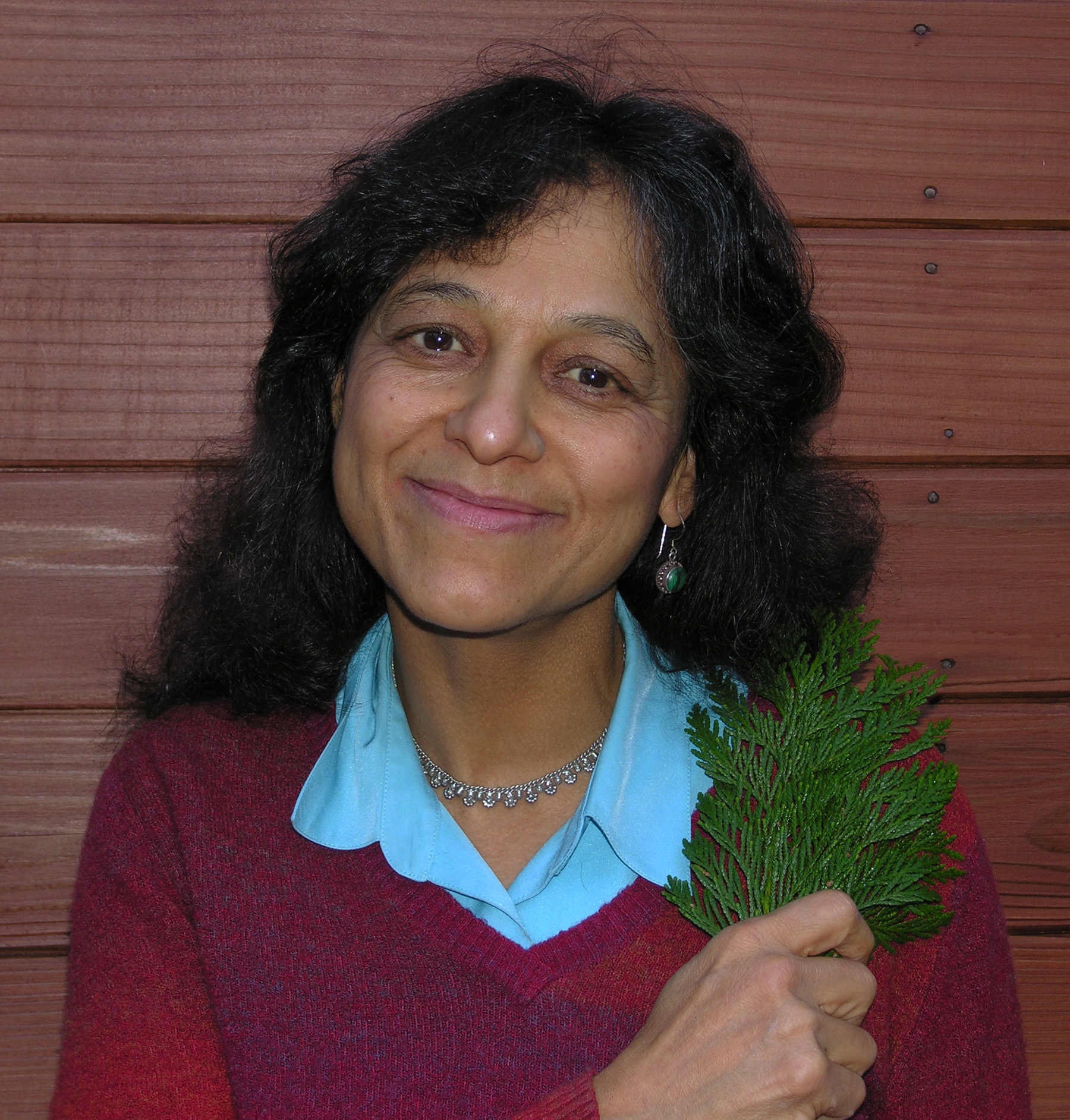 Jan. 9, 2012 – University of Utah biology Professor Nalini Nadkarni is being honored by the world’s largest general science society – the American Association for the Advancement of Science (AAAS) – with the group’s 2011 Public Engagement with Science Award. The AAAS has issued the news release below:

The American Association for the Advancement of Science (AAAS) has named Nalini M. Nadkarni as the recipient of the 2011 AAAS Public Engagement With Science Award, recognizing “her unique, persistent and innovative public engagement activities that have served to raise awareness of environmental and conservation issues with a broad and exceedingly diverse audience.”

Those nominating Nadkarni for the award included the AAAS Committee on Science and Technology Engagement with the Public as well as Peter Raven, a renowned naturalist, past AAAS president and president emeritus of the Missouri Botanical Garden.

Nadkarni – a professor in the Department of Biology and director of the Center for Science and Mathematics Education at the University of Utah – has helped to build bridges between science and society, and between humans and nature, Raven said. “Few people in the world can boast both the scientific pedigree and the innovative science outreach work of Nalini Nadkarni,” Raven wrote in a letter of support. “Her combination of creativity and enthusiasm brings scientific information to public audiences who have little or no access to science education.”

In particular, said Shirley Malcom, director of education and human resources at AAAS, Nadkarni’s outreach efforts “have brought an awareness of environmental issues to people in settings ranging from prisons and churches, to boardrooms, bookstores, legislatures and rap music stores.”

Nadkarni established the successful Sustainable Prisons Project, while working for the Evergreen State College, to bring science and scientists to incarcerated men and women in state prison. With funding from the Washington State Department of Corrections, Malcom explained, Nadkarni and her team promote sustainable strategies such as recycling, organic gardening, composting and beekeeping. The program also encompasses education in the form of science lectures and green-collar job training, and conservation efforts such as restoration projects. She engaged inmates as partners in the scientific and conservation process, and ensures that results are disseminated widely to other prisons around the nation.

Another initiative by Nadkarni, supported by a John Simon Guggenheim Fellowship in 2001, resulted in the creation of Tree-Top Barbie™ as a strategy for teaching girls about the possibilities of careers in science. Her latest project, the Research Ambassadors Program, funded by the National Science Foundation, helps researchers transform their view of public outreach by overcoming barriers to public engagement. She also is the founder of the International Canopy Network, a nonprofit organization established to help foster communication among researchers, educators and conservationists.

Nadkarni has raised awareness of forest science and conservation through mainstream environmental media. She has written for popular audiences, served on newspaper boards and offered interviews on National Public Radio as well as for TED lectures. Further, she has collaborated on children’s books, winning the Outstanding Science Trade Book by the National Science Teacher Association for her acclaimed 2008 book, “Between Earth and Sky: Our Intimate Connections to Trees.”

Nadkarni earned her bachelor’s degree with honors from the University of British Columbia and her Ph.D. degree from the University of Washington in Seattle. She has published more than 90 scientific articles and two scholarly books. She has been the principal investigator on more than 30 research grants from the NSF, the National Geographic Society and the Andrew W. Mellon Foundation. In the 1980s, she was one of a small group of ecologists who pioneered the emerging field of forest canopy studies. Her work documented the critical roles that canopy-dwelling organisms play in whole-forest ecology. Her studies show that treetop communities are vulnerable to human disturbances such as forest fragmentation and global climate change.

The AAAS Award for Public Engagement with Science, established in 1987, recognizes scientists and engineers who make outstanding contributions to the “popularization of science.” The award conveys a monetary prize of $5,000, a commemorative plaque, complimentary registration and travel to the AAAS Annual Meeting. The award will be presented at the 178th AAAS Annual Meeting in Vancouver, British Columbia, Canada, which will take place Feb. 16-20, 2012.

The American Association for the Advancement of Science (AAAS) is the world’s largest general scientific society, and publisher of the journal, Science (www.sciencemag.org) as well as Science Translational Medicine and Science Signaling. AAAS was founded in 1848, and includes 262 affiliated societies and academies of science, serving 10 million individuals. Science has the largest paid circulation of any peer-reviewed general science journal in the world, with an estimated total readership of 1 million.