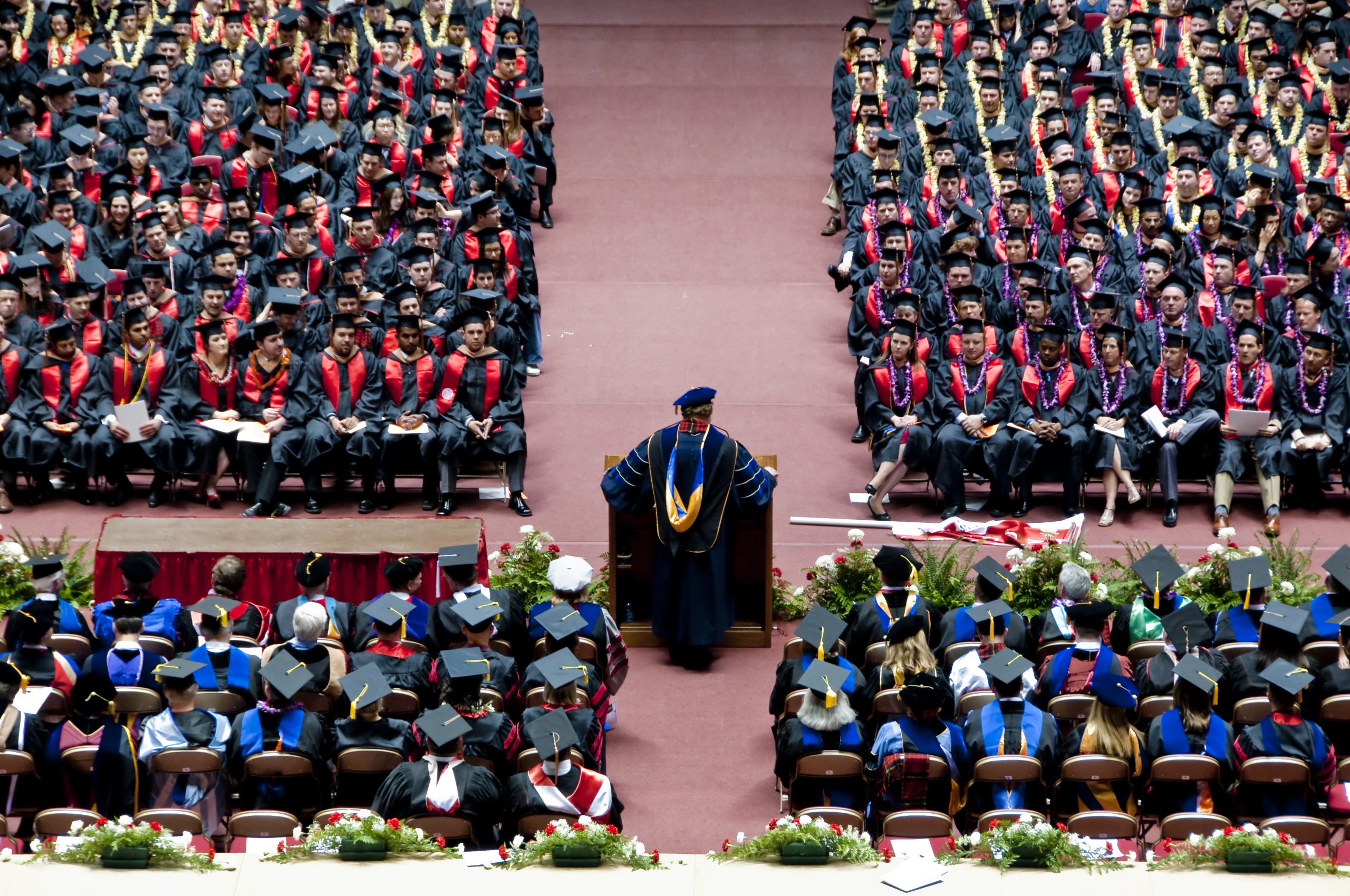 April 27, 2012 – General commencement ceremonies at the University of Utah will be held on Friday, May 4, at 9 a.m. in the Jon M. Huntsman Center.

The class of 2012 is comprised of 7,659 graduates who will receive degrees that
morning. The procession of diverse students, who come from 64 countries, 49 U.S. states and 26 Utah counties, begins at 8:30 a.m.

University of Utah President David W. Pershing will officiate at the commencement. The featured speaker is Ed Catmull, president and co-founder of Pixar Animation Studios and a U alumnus, having received bachelors of science degrees in physics and computer science as well as a Ph.D. in computer science from the U. The student speaker will be Stefanie Roberson, who is receiving a bachelor of science degree in information systems.

The Rosenblatt Prize for Excellence, a $40,000 cash award and the most prestigious honor the university bestows on its faculty, will be announced May 4. A separate press release will be distributed immediately following the announcement.

Convocations for the colleges of health, nursing, social work, and graduate students of the college of social and behavioral science will be held on Thursday, May 3, 2012.
Individual college convocations on Friday, May 4 are scheduled at the following locations and times:

Campus parking lots may be used at no charge during commencement and convocation ceremonies. As campus parking is limited, visitors are encouraged to use the free U shuttle service to travel between commencement events. Shuttles run throughout campus and are scheduled every 10 minutes. There is a free fare zone on TRAX May 4 from Rice Eccles Stadium to the Medical Center station.

The University of Utah, located in Salt Lake City in the foothills of the Wasatch Mountain range, is the flagship institution of higher learning in Utah. Founded in 1850, it serves over 31,000 students from across the United States and the world. With over 72 major subjects at the undergraduate level and more than 90 major fields of study at the graduate level, including law and medicine, the university prepares students to live and compete in the global workplace. Learn more about all the U has to offer online at http://www.utah.edu.