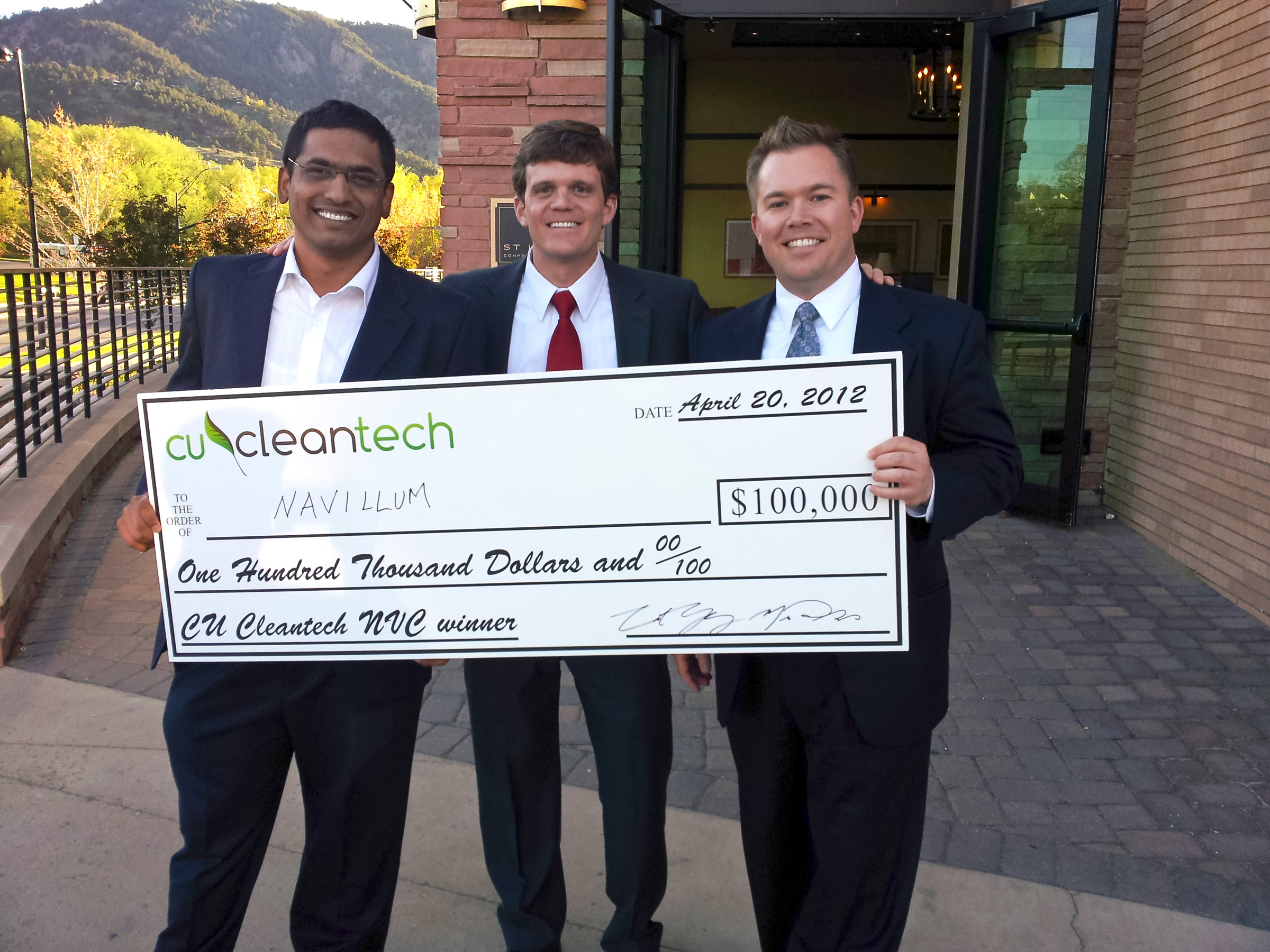 April 24, 2012 — Quantum dots might be the next big thing in the electronic industry. Scientists are just starting to understand the uses for these manmade, semiconductor nanocrystals. Quantum dots can emit a wider range of light with less energy than existing materials, so many believe they will be used in future generations of solar panels, televisions, cellphones and related products.

One of the biggest challenges for advancing quantum dots is the manufacturing process. Conventional processes are expensive, require high temperatures and produce low yields. However, researchers at the University of Utah believe they have a solution. They recently formed a startup company called Navillum Nanotechnologies, and their efforts are gaining national attention with help from a team of M.B.A. students from the David Eccles School of Business.

The students recently won first place and $100,000 at the regional CU Cleantech New Venture Challenge. The student competition concluded at the University of Colorado in Boulder on Friday, April 20. The student team advances to the national championship, which will be held in June in Washington, D.C. Student teams from six regions will compete for additional prizes and recognition at the prestigious event. Other regional competitions were held at MIT, Cal Tech, the University of Maryland, Clean Energy Trust (Chicago) and Rice University. All the competitions are financed by the U.S. Department of Energy.

The prize money for the winning team of David Eccles M.B.A. students Ryan Tucker, Chris Lewis and Ameya Chaudhari will be used by Navillum to refine and increase the scale of their manufacturing process.

“The win reflects on the organizations we have at the University of Utah to support entrepreneurship,” Tucker said. “It also helps me get excited that even as students, we can do great things.”

The students started the project through the Pierre and Claudette Lassonde New Venture Development Center, which is part of the David Eccles School of Business. The Lassonde Center links faculty inventors with graduate students, who write business plans for them. The Energy Commercialization Center also helped mentor the team.

The researchers behind Navillum are in the Department of Chemistry at the University of Utah. They are Michael Bartl (associate professor), Jacqueline Siy-Ronquillo (post-doctoral fellow) and Nikko Ronquillo (M.D./Ph.D. student).

“The M.B.A. students from the Lassonde Center are invaluable for this endeavor,” Siy-Ronquillo said. “They worked hard this past year to research and write Navillum’s business plan. They also came up with the winning formula to present our technology at the CU Cleantech New Venture Challenge. We look forward to continue partnering with them. We also welcome other researchers to collaborate and further expand the uses of quantum dots. We are willing to provide our quantum dots for testing cutting-edge technologies.”

“It was the attractiveness of the technology and the growth potential,” Herschleb said. “There’s a little bit of risk; the market hasn’t fully embraced the technology. But the applications, from a scientific basis, are very promising, and the market is expected to be enormous in the future.”

Quantum dots were first discovered in the 1980s, and researches are just starting to discover the best ways to use them. They are tiny semiconductors that emit photons when excited. About four million of them would fit across the diameter of a penny. The color of light they emit depends on the dot’s size. Small dots produce light toward the blue side of the spectrum; large dots produce light toward the red side.

But the cost of quantum dots has been a major challenge to widespread use. Currently, a gram can cost $2,500 to $10,000. The high cost is due to conventional processes, which are inefficient and difficult to scale. This is the gap Navillum hopes to fill. Their process uses lower temperatures and produces less waste than the traditional process. The team hopes it will become an industry standard, helping lower costs and drive broader use.

Navillum is well on their way to commercial success. In addition to the $100,000 from the CU Cleantech New Venture Challenge and potential for more at the national competition, they have received $155,000 in grants from the University of Utah, the Utah Governor’s Office of Economic Development (GOED) and the Utah Science Technology and Research initiative (USTAR).

“This team is a perfect example of the extraordinary projects underway at the University of Utah,” said Jack Brittain, vice president for Technology Venture Development at the University of Utah. “Their success demonstrates the exceptional talent we have in Utah, the programs and people we have to drive them forward, and the unrivaled student opportunities we offer. These opportunities exist because of the incredible vision of Pierre Lassonde and his commitment to supporting exceptional learning experiences for our students.”