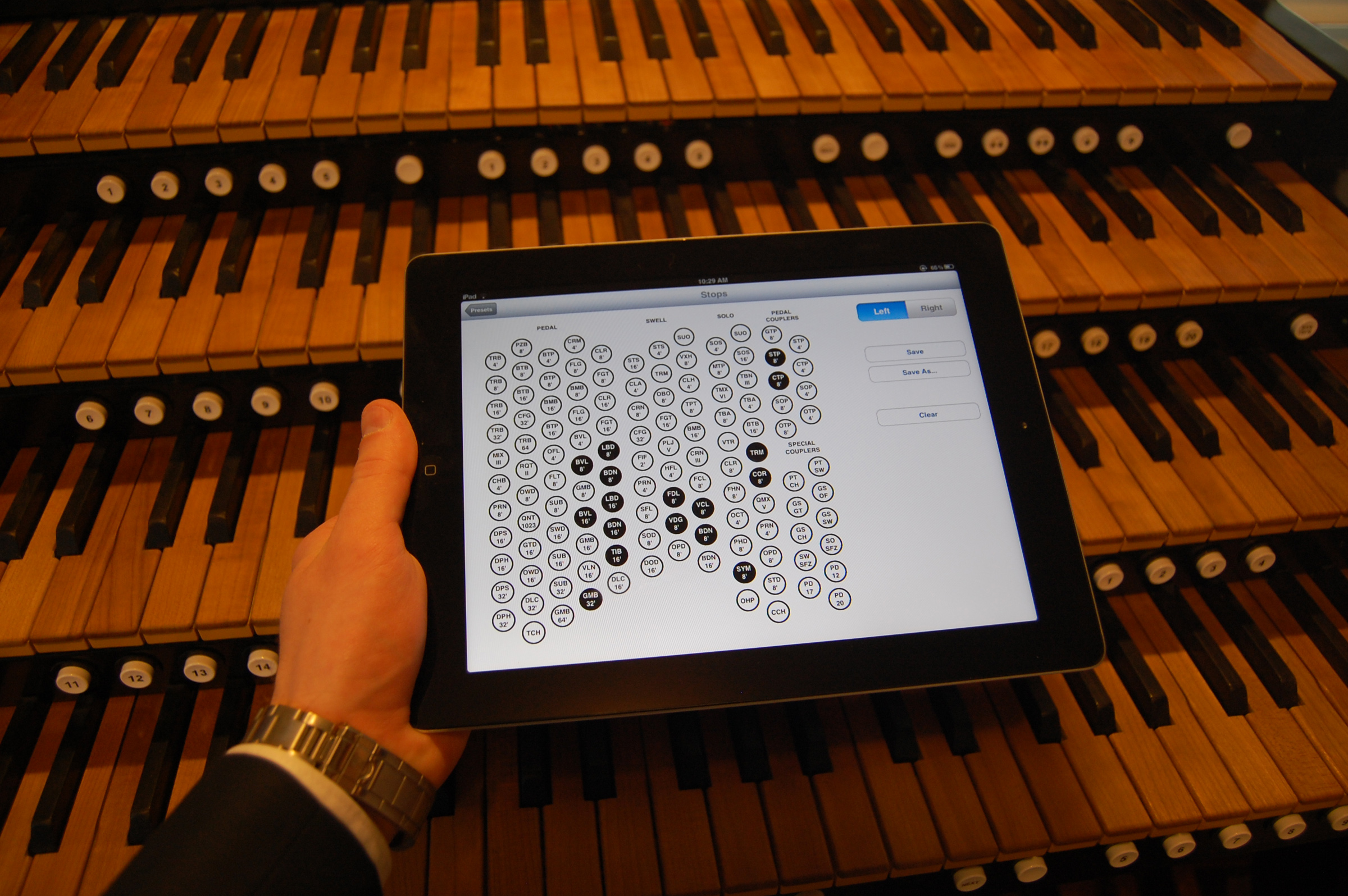 April 19, 2012 – University of Utah students in an iPhone-iPad programming class will showcase their “apps” – including one that can help configure church pipe organs – during Mobile Application Demo Day on Tuesday, April 24.

The university’s School of Computing invites the public and news media to the event, which will be held from 2 to 3:20 p.m. in room 1120 of the Marriott Library.

From 2 to 2:45 p.m., students will each present a quick overview of the software or application they wrote. Starting at 2:45 p.m., visitors will have the opportunity to talk with the students and try some of the apps.

Lorenzo Swank, a Ph.D. student and teaching fellow who instructs the class, says one of the most interesting iPad apps “expands the functionality of the organs on Temple Square and in the Conference Center” at the Salt Lake City headquarters of The Church of Jesus Christ of Latter-day Saints.

Pipe organs in churches and elsewhere have “stops” that control the sound by either allowing or preventing air from entering specific pipes. The new iPad software, named Celeste, “allows organists to program and carry with them all of the organ stop settings they could imagine,” says Swank, who also is an adjunct instructor in fine arts and a partner at Pixio Software, a mobile app development firm in North Salt Lake. “It also provides peace of mind to organists in a professional performance setting.”

It can easily take 30 minutes to preset the stops in an organ’s memory bank for a given piece of music. If someone accidentally overwrites the presets in the organ’s computer memory before the performance of the preset piece, organists can find themselves in trouble, says computer science student Rob Stefanussen, who wrote the new app.

“If you realize the day of or an hour before your performance that memory has been overwritten, this app could be used to save you at the last minute,” he adds.

As a guest organist for the Mormon church five or six times a year, Stefanussen wrote the software specifically for the two big organs at Temple Square and the Conference Center, but says it could be adapted for use on other organs.

The new software can plug into the organs and record the stop settings. It cannot use the recorded settings to preset the organs – something the organist still must do manually by referring to the settings stored on the iPad, Stefanussen says.

“I developed the app in the hope it can be used by other performers on the organs,” he adds.

Other mobile apps to be demonstrated Tuesday include several games and: