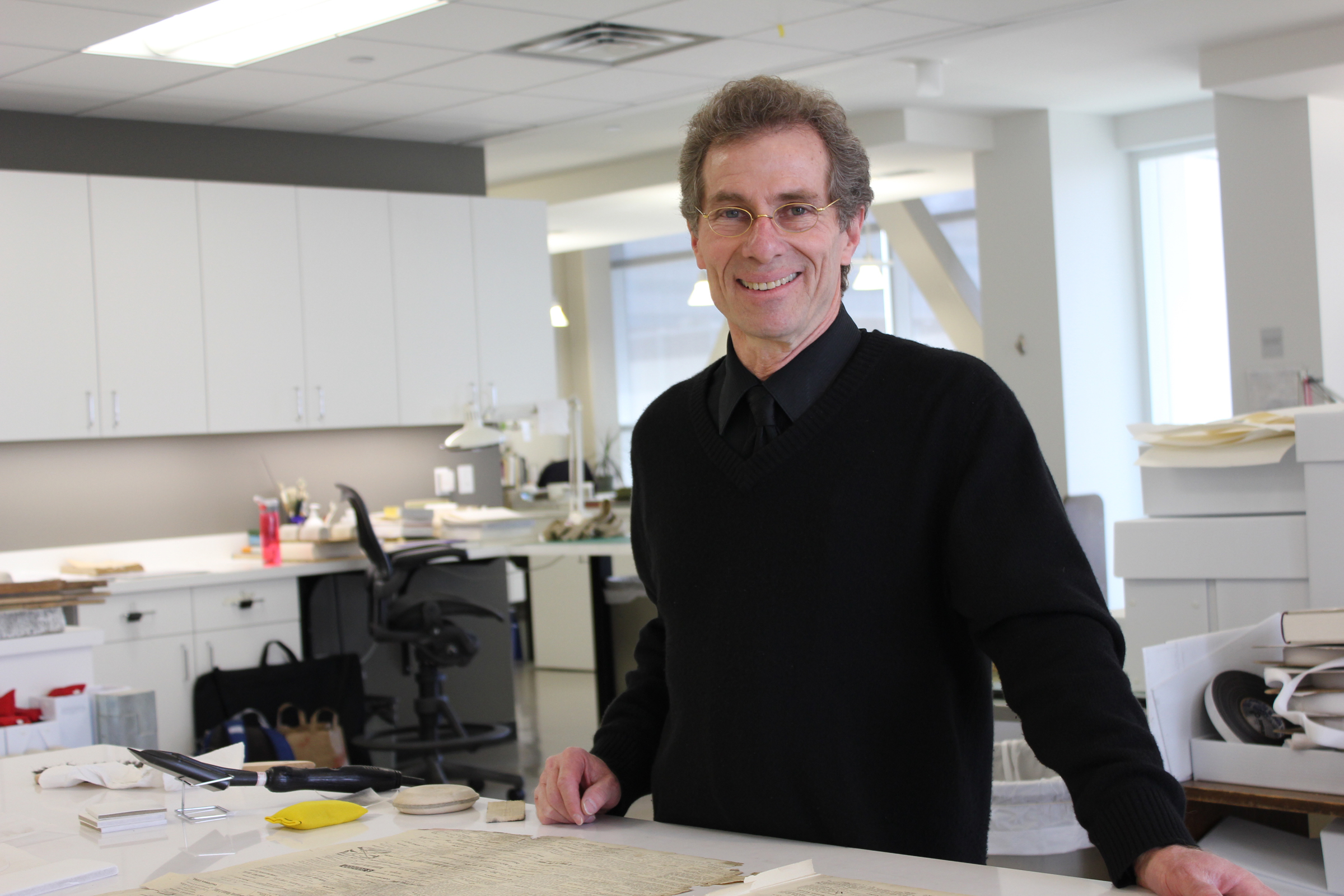 April 29, 2014 – Randy Silverman, preservation librarian at the University of Utah Marriott Library has been selected for a Fulbright Specialists project in Tashkent, Uzbekistan, at Alisher Navoi National Library April 15–May 3, 2014, according to the U.S. State Department and the J. William Fulbright Foreign Scholarship Board.

Silverman will present a daylong workshop on preservation of material culture at the Central Asia 2014 Information and Library resources in Science, Education, Culture and Business conference in Karshi, as well as help the National Library design a conservation laboratory.

Silverman is one of more than 400 U.S. faculty and professionals who will travel abroad this year through the Fulbright Specialist Program. The Fulbright Specialist Program, created in 2000 to complement the traditional Fulbright Scholar Program, provides short-term academic opportunities (two to six weeks) to prominent U.S. faculty and professionals to support curricular and faculty development and institutional planning at post secondary, academic institutions around the world.

The Fulbright Program, America’s flagship international educational exchange activity, is sponsored by the U.S. State Department’s Bureau of Educational and Cultural Affairs. Throughout its 60 years of existence, thousands of U.S. faculty and professionals have taught, studied or conducted research abroad, and thousands of their counterparts from other countries have engaged in similar activities in the United States. More than 285,000 emerging leaders in their professional fields have received Fulbright awards, including individuals who later became heads of government, Nobel Prize winners and leaders in education, business, journalism, the arts and other fields.

Recipients of Fulbright Scholar awards are selected on the basis of academic or professional achievement. Among thousands of prominent Fulbright Scholar alumni are Milton Friedman, Nobel Prize-winning economist; Alan Leshner, CEO of the American Association for the Advancement of Science; Rita Dove, Pulitzer Prize-winning poet and Craig Barrett, chairman of the board of Intel Corp. Distinguished Fulbright Specialist participants include Mahmoud Ayoub, professor of religion at Temple University; Heidi Hartmann, president and CEO for the Institute for Women’s Policy Research, Percy R. Luney Jr., dean and professor in the college of law at Florida A&M University and Emily Vargas-Barone, founder and executive director of the RISE Institute.