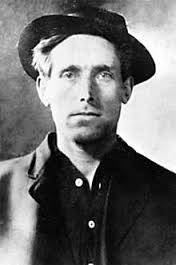 March 31, 2015 — The case is a staple in many Utah history classes: In 1914 labor activist Joe Hill was arrested, tried and convicted for the murder of a retired policeman and grocer, John G. Morrison.

The news of the trial took the Salt Lake Valley, the national labor community, and even the international community by storm. In the end, appeals for clemency were being received in Utah from President Woodrow Wilson and Swedish dignitaries. Hill was executed on Nov. 19, 1915.

The question of his factual innocence has been a matter of public debate ever since.

As the execution of Hill observes a 100-year anniversary this year, University of Utah law student Adam Pritchard this month has published a new article about the case in the Labor Law Journal. The article, co-authored with attorney Kenneth Lougee, “Joe Hill One Hundred Years Later: The Case for Reliable Hearsay Never Died,” is a historical and legal analysis of hearsay.

Pritchard connected with Lougee, who before becoming an attorney graduated from the University of Utah with a master’s degree in history 1998, after discovering the two shared an interest in the Hill case. Lougee has previously lectured to labor law classes about the case and is the author of “Pie in the Sky: How Joe Hill’s Lawyers Lost His Case, Got Him Shot and Were Disbarred,” which was published in 2011. Pritchard and Lougee decided to work together to further research the case through creating a cross-disciplinary work that discussed both the history of the rules of evidence and the Hill trial. Their analysis also put the case into a contemporary legal analytical framework under the modern evidence code.

“A lot of the previous scholarship in the area of the Joe Hill case focuses on what I would call “gripes” about Joe’s trial. However, these complaints are not usually put within the legal context and analyzed under the standards applied in trial and appellate courts,” said Pritchard.

For example, Pritchard noted, some historians have complained about the trial judge’s exclusion of a newspaper reporter’s testimony about Morrison’s fears that men he had formerly arrested. Morrison, who was a police officer in addition to being a grocer, had spoken about concerns that those he had arrested would come back for retribution and cause him harm. Eliminating that testimony eliminated the possibility of other suspects, historians have said.

“In contrast, our article puts this particular objection into the context of legal standards when it comes to decisions on evidence admissibility. At the time, the trial court was probably correct to exclude that evidence. The Utah Supreme Court was also probably correct by upholding that evidentiary decision. Those determinations are traditionally an area where trial courts enjoy a lot of autonomy and deference. However, we assert—anachronistically applying the modern evidence code—that a strong argument could be made for the admission of that evidence. We also take that anachronistic argument back into the historical setting and show that a creative argument could have been made under the common law of evidence as it stood in 1914 without the modern evidence code,” said Pritchard.

He said that despite the fact that a century has passed since Hill’s trial, courts today still apply to contemporary law.

“Judges are making evidence determinations in courtrooms around Utah and the country every day. The evidentiary decisions made in Joe Hill’s trial are similar to those evidentiary questions faced by courts in 2015. Our notice to attorneys to be more creative and to practice more zealous advocacy under the evidence code should resonate in every trial attorney’s life every day,” said Pritchard.

“Today, as in 1914, all that is required to defeat a guilty verdict in a criminal trial is the introduction of reasonable doubt. While Mr. Lougee and I don’t make a determination of factual guilt or innocence in our article, we argue that reasonable doubt could have been introduced in Joe’s trial.”

Lougee said the chance to revisit the case during the year of the 100th anniversary of Hill’s execution in a different academic context was an interesting challenge.

“The Joe Hill execution will be remembered worldwide this November. Joe Hill is extremely important to the Labor movement. Adam and I have tried to return the case to its Utah legal roots,” said Lougee. “ Joe Hill’s legacy as a focal point in the early labor movement ought to have the importance in Utah as it will in Europe and Australia. We hope that this article will assist in bringing the controversy to the attention of a new generation of informed Utahns.”