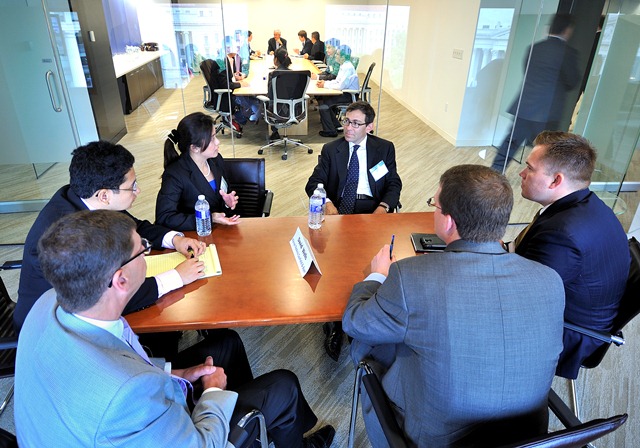 The University of Utah also performed well above average on other measures related to technology commercialization, the process of moving faculty inventions from campus labs into the marketplace. Other measures include patents filed and issued, invention disclosures, and technology licenses or options executed.

“We are lucky to have faculty and students who are so creative and willing to do the extra work to turn an invention into a viable product or company,” says Tom Parks, the University of Utah’s vice president for research and interim vice president for technology venture development. “The university also benefits from an entrepreneurial culture that fosters collaboration and innovation of all types.”

The University of Utah started 18 new companies during fiscal year 2011 – the data reported in the 2012 annual survey – while MIT had the most startups of any institution at 25.

“Startup formation is in our DNA,” says Bryan Ritchie, director the University of Utah’s Technology Commercialization Office, which is responsible for managing the university’s intellectual property and supporting related activities, including startup formation.

“We have developed an exceptional process to identify promising technologies and form companies around them,” he adds. “The next step is driving value into these companies so that more of them can be strong job and revenue producers.”

The latest survey from the Association of University Technology Managers, known as AUTM, included 186 respondents: 157 universities, 28 hospitals and research institutions, and one technology investment firm. The data for each survey are self-reported by each institution and come from the previous fiscal year.

Startups are an important measure in the survey, but it is only one of many. Other highlights of the survey credit the University of Utah for:

• Executing 81 technology licenses or options to companies that want to develop the university’s technology (compared with a survey average of about 33).

• Receiving 237 disclosures of new inventions from faculty members (compared with a survey average of about 118).

• Filing 125 U.S. patent applications (compared with a survey average of about 72).

While the University of Utah ranked above average on many measures, it did so while collecting close to the average amount of research funding – indicating more bang for the research buck. The university had $410 million in research funding during fiscal year 2011, while the survey average was about $337 million. By comparison, Johns Hopkins reported the highest research expenditures for any single institution at $1.5 billion.

“We look to startups as a leading indicator of our success, but this success is a shared effort with the community and especially our faculty” Ritchie says. “The tremendous faculty at the University of Utah make these achievements possible. Few institutions anywhere have faculty who are as inventive and business-minded.”

The complete 2011 AUTM survey is available to news media by contacting Jodi Talley of AUTM at jtalley@autm.net or 847-559-0846, ext. 237. The public can purchase it at www.autm.net. Learn more about the Technology Commercialization Office at the University of Utah at www.tco.utah.edu.

About the Association of University Technology Managers

The Association of University Technology Managers is a nonprofit organization with an international membership of more than 3,000 technology managers and business executives. AUTM members are managers of intellectual property, one of the most active growth sectors of the global economy. The members come from more than 300 universities, research institutions and teaching hospitals, as well as numerous businesses and government organizations. To learn more about AUTM visit www.autm.net.