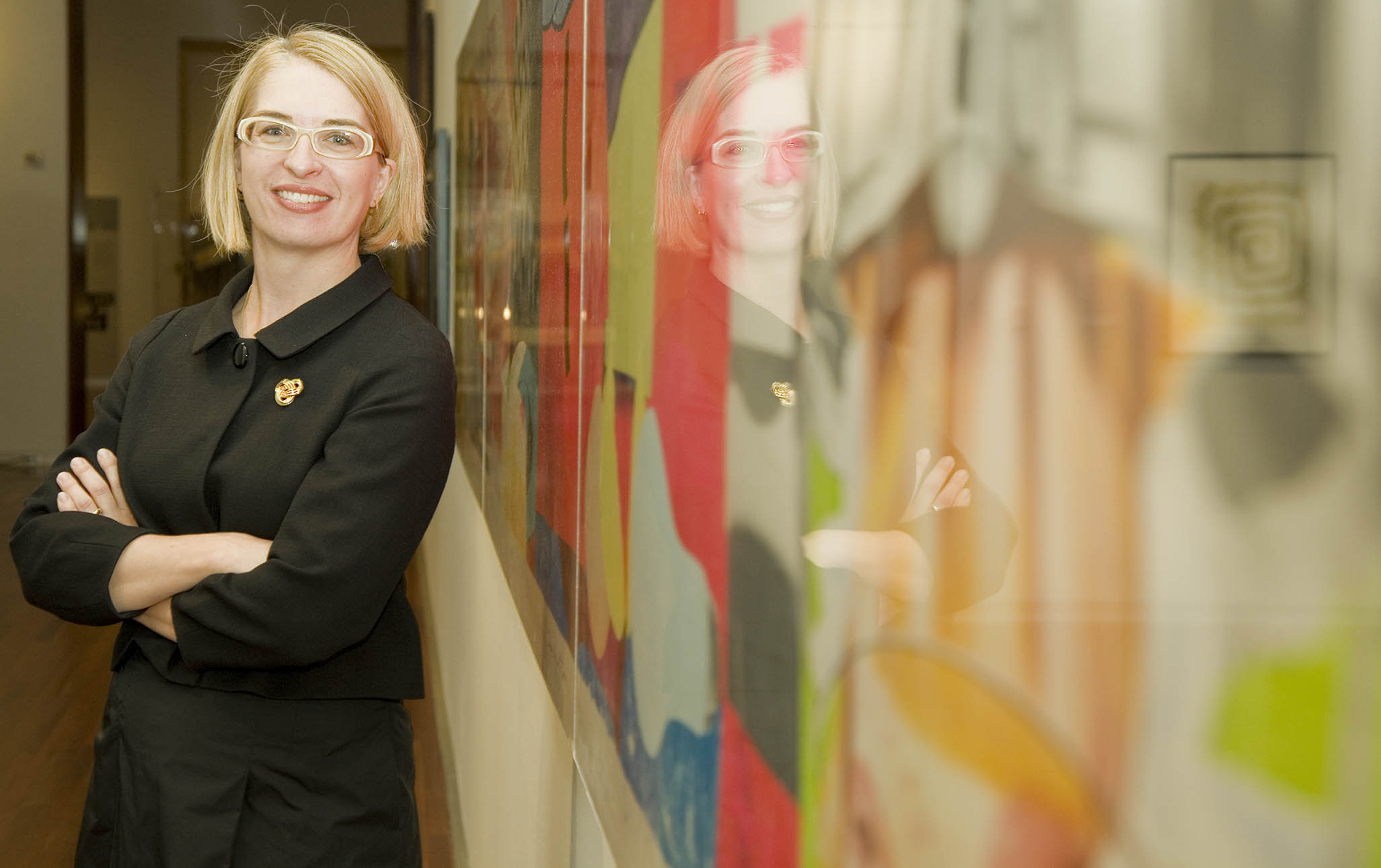 April 9, 2014 – The Utah Museum of Fine Arts (UMFA) at the University of Utah is pleased to announce that Executive Director Gretchen Dietrich has been selected as one of thirty-nine museum executives worldwide for the Getty Leadership Institute’s prestigious 2014 Executive Education Program for Museum Leaders. Dietrich, 46, is the first woman from Utah chosen for the program.

“The University of Utah is extremely proud of Gretchen Dietrich’s distinguished selection for this internationally acclaimed program,” said Raymond Tymas-Jones, the University’s Associate Vice President for the Arts and Dean of the College of Fine Arts. “Her participation will strategically enhance her already considerable leadership capabilities as she guides the future growth of a fine arts institution that is an essential component of our campus and community’s cultural life.”

The GLI 2014 Executive Education Program features a comprehensive and intensive curriculum aimed at deepening participants’ leadership skills in order to manage change and forge success in the global museum field. The program includes one week of distance learning in April and a two-week onsite program in June on the Claremont Graduate University campus in Claremont, California.

Now in its 35th year, the GLI Executive Education Program is the world’s foremost professional development program designed especially for senior-level museum executives. The 2014 cohort comes from collecting and non-collecting visual arts institutions from around the world. Included in the group are executives from the Philadelphia Museum of Art, the Barnes Foundation, the High Museum of Art in Atlanta, the Museum of Fine Arts, Houston, the Freer and Sackler Galleries at the Smithsonian Institution, and the Phillips Collection. University museums are represented by the directors or director-level staff of the art museums at the University of Utah, University of Texas, University of Washington, University of Navarra, Spain, California State University, Long Beach, and Reed College. Among the international participants are leaders from the Royal Academy of Art in London, Chatsworth House and Lismore Castle, United Kingdom, the Helsinki Art Museum in Finland, and the Palace Museum and the Shaanxi History Museum in China.

Dietrich was named executive director of the UMFA in August 2010. She joined the staff of the UMFA in February 2008 as director of public programs and curatorial affairs and served as interim director from April 2009 to August 2010. Before joining the UMFA, she was executive director of the Utah Museums Association, a nonprofit, professional membership organization serving Utah’s museum community. Previously, she was director of education at the Wadsworth Atheneum Museum of Art in Hartford, Conn. Additionally, she has held a variety of positions in exhibition planning, museum education, and public programming at the Isabella Stewart Gardner Museum in Boston and the Philadelphia Museum of Art. She holds an MA in art history from Temple University. She is former chair of the Board of Trustees of the Utah Nonprofit Association, an elected member of the Association of Art Museum Directors, and a Governor-appointed member of Utah’s Board of the Office of Museum Services.