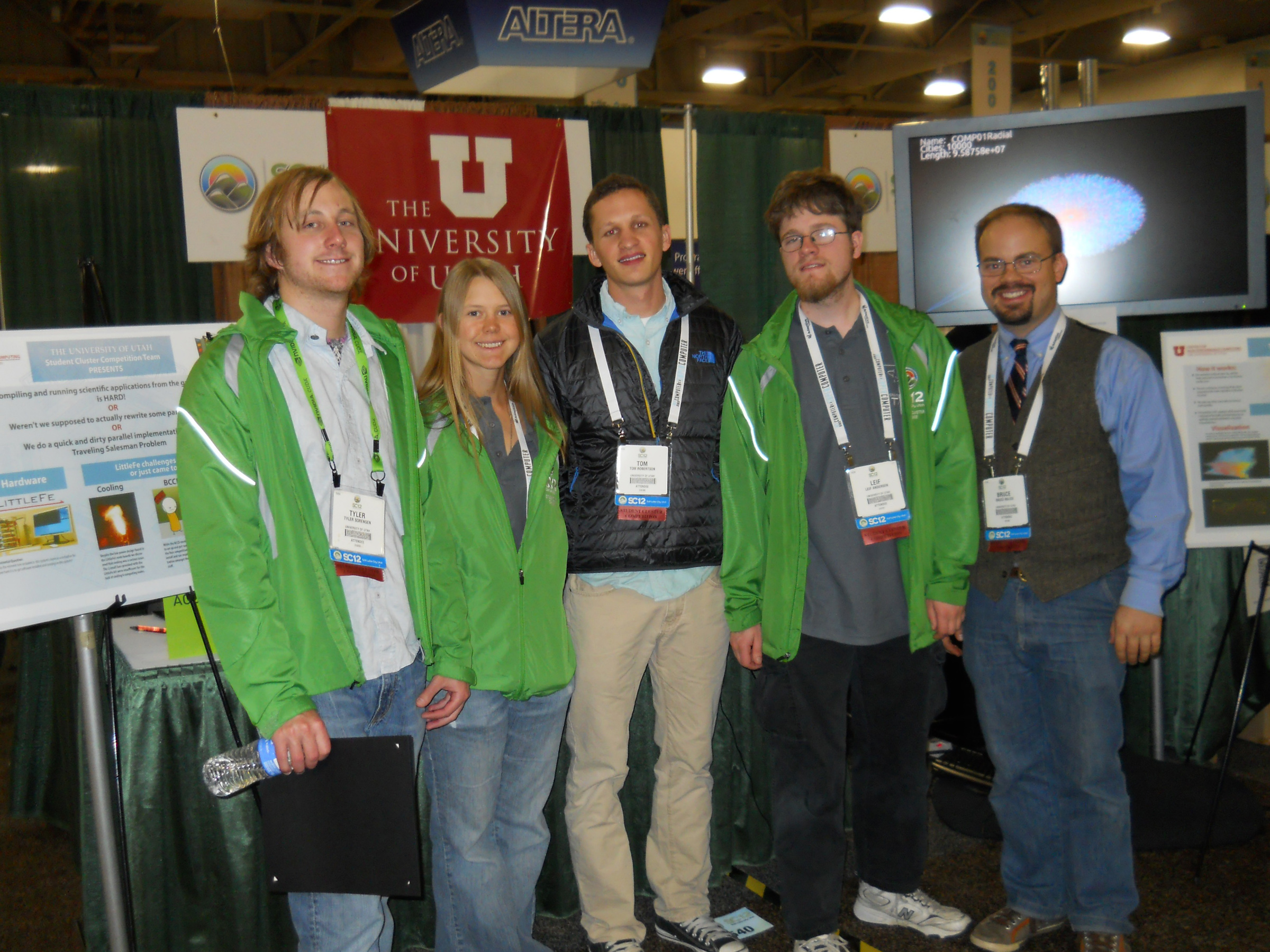 Nov. 15, 2012 – Students from the University of Utah’s School of Computing won a competition to build and run a small supercomputer cluster —a high-performance network of computers used to perform intensive calculations for complex data sets such as weather forecasts or nuclear fusion.

Four national teams, including the U students and a team from Skyline High School in Salt Lake City, were given identical components and two days to assemble and deploy a supercomputing cluster for a specific task. The competition, called the “LittleFe Challenge,” was part of SC12, the annual international supercomputing conference held this year in Salt Lake City.

This year’s competition involved what is known as the traveling salesman problem. Three sets of cities and coordinates were given to each team. The students were then asked to use their small supercomputer to find the shortest route for a traveling salesman to take that would include a visit to each city once and a return to the city of origin for each data set using their cluster.  The teams were judged on best score, visualization of their results and their knowledge of high-performance computing.

The cluster used for this competition is known as LittleFe, a portable computational cluster that supports computing with six nodes, or devices, connected to a computer network. LittleFe weighs less than 50 pounds and uses a readily available power source (110/220 VAC outlet).