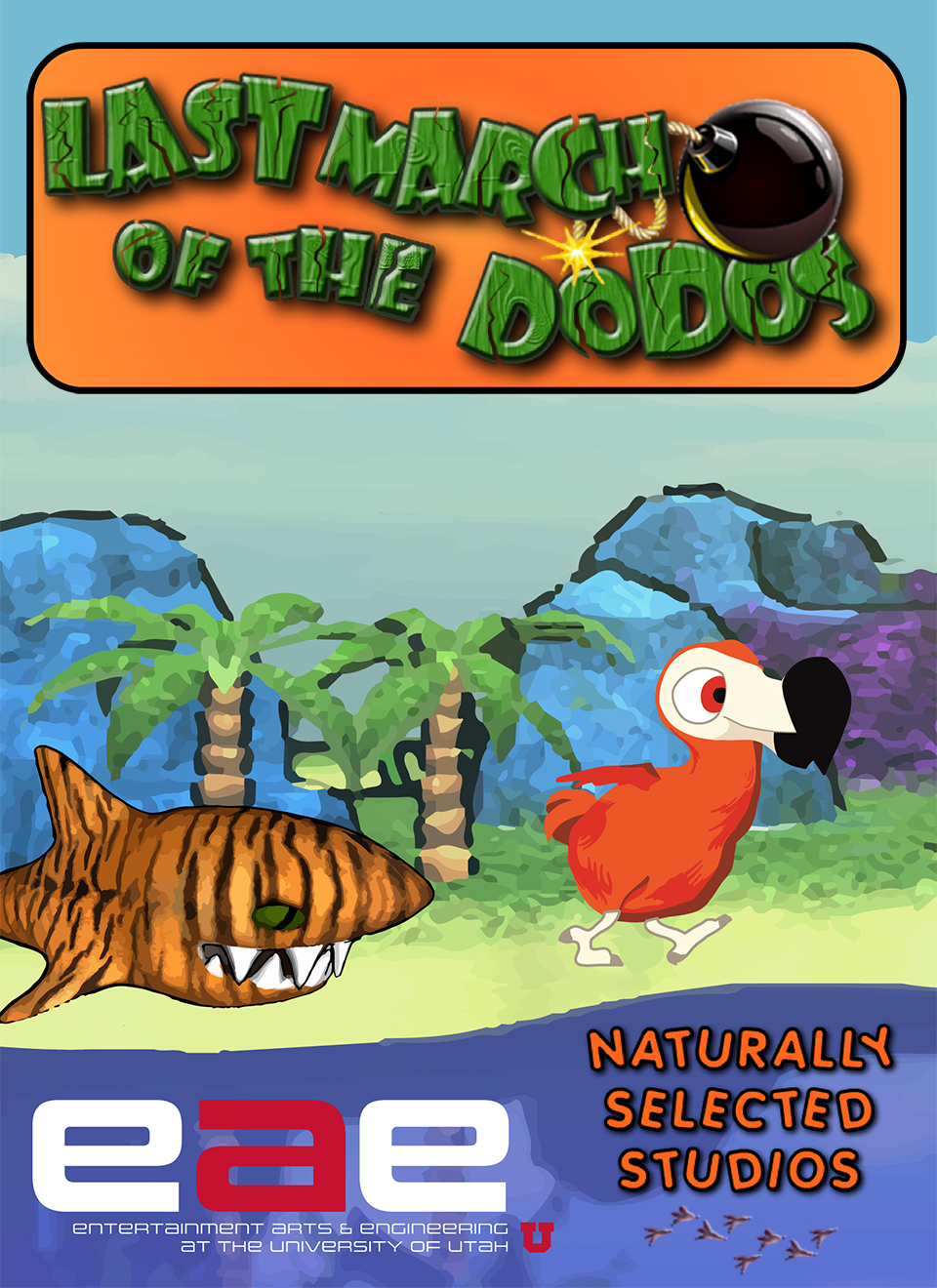 Dec. 12, 2013 – A video game developed by graduate students from the University of Utah’s Entertainment Arts and Engineering program will be published Friday, Dec. 13, and previewed Thursday, Dec. 12, at an open house, 4-7 p.m., in the film and media arts building on the U campus. The event is free and open to the public.

“The EAE program does more than just teach students about games,” said Roger Altizer, director of game design and production. “Students in this program make quality games that companies are willing to publish. ‘Last March of the Dodos’ follows a tradition of great Xbox and PC games developed at the U, and we expect it will be a delight to audiences around the world.”

The PC game will be available for free download this Friday through Desura.com, a digital software distributing company. It was developed by a team of nine master’s students who graduated from the U’s EAE program in May. The team included producers, designers, artists, animators and programmers. Since graduation, Jesse Ferraro, producer and team lead, has continued working to publish the game.

“I was surprised to learn how much work goes into bringing a game to production,” he said. “I now understand why companies that develop and publish games often spend just as much time and effort, if not more, on marketing and promotion than on the development of the game.”

Visitors to the open house on Thursday will have the opportunity to preview and play “Last March of the Dodos” and talk with Ferraro. The open house will also feature more than a dozen new games, including several medical research games created by EAE students.

About Entertainment Arts and Engineering

The School of Computing and the Department of Film and Media Arts at the University of Utah offer an interdisciplinary emphasis in Entertainment Arts and Engineering, which is ranked number one for its undergraduate program and number two for its graduate program by the Princeton Review. This emphasis provides an academic path for students interested in careers in the digital entertainment industry, including video games, digital animation, computer-generated special effects and more. Additional information is available at eae.utah.edu.