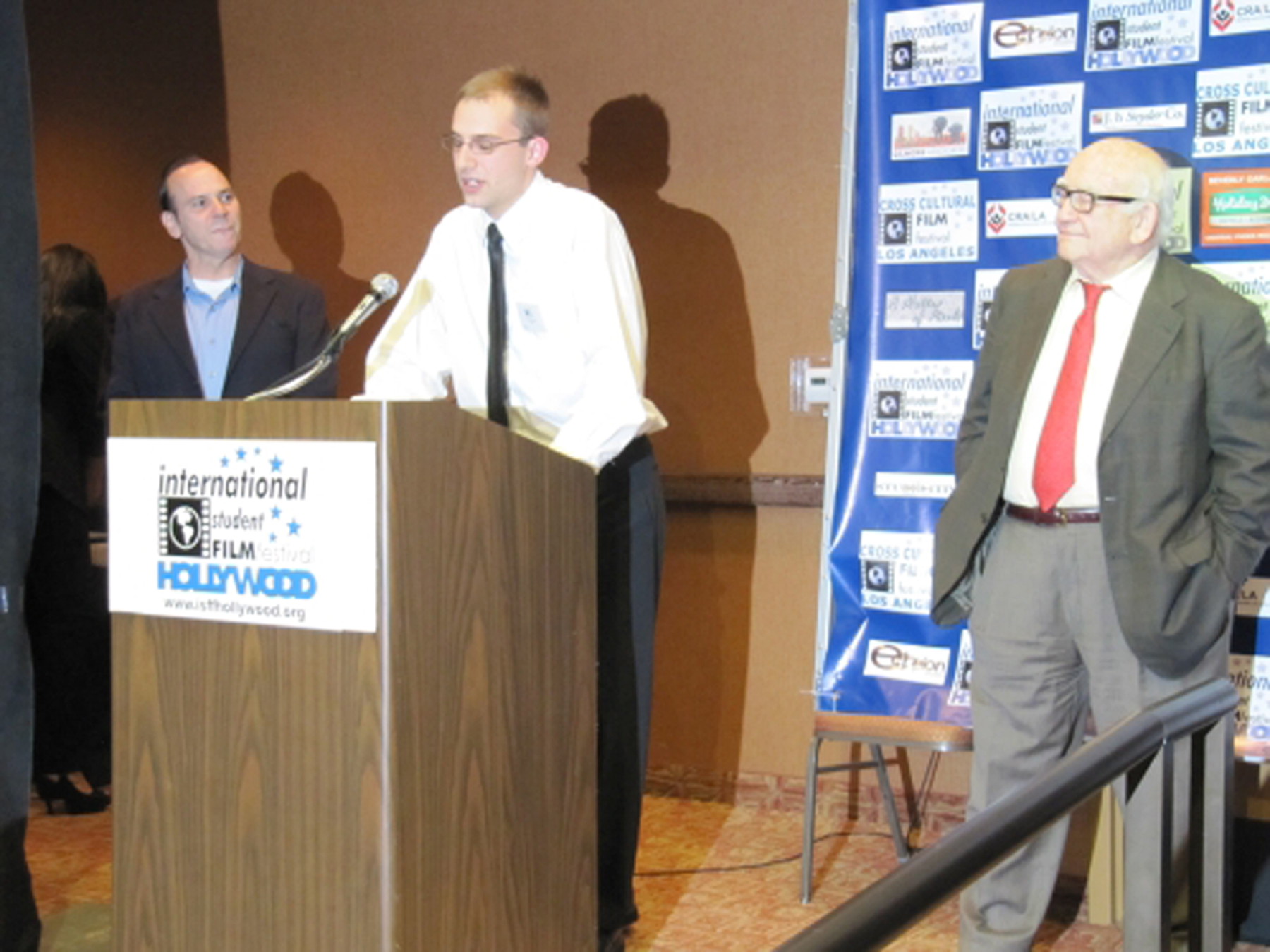 Nov. 23, 2011 – When third-year film student Luke Hartvigsen set out to make a sci-fi thriller he was not interested in giving viewers an answer to life’s questions, but only in making them think about such things as reality vs. virtuality and the thin line that technology draws between the two.

Hartvigsen’s film, “Eden,” won Best Science Fiction this month at the International Student Film Festival in Hollywood, Calif. It is an animated project that Hartvigsen and a team of 12 other students made while taking an interactive machinima course at the University of Utah. The total project took 12 weeks to complete: six weeks of pre-production work and six more of production and post-production.

Interactive Machinima is a course through the university’s Entertainment Arts and Engineering (EAE) program that teaches students to make movies with the technology from video games.

Hartvigsen and his team used the “Half-Life II” engine to create the scenes and the characters from “Eden,” which include a cyber-detective, a corporate CEO who hires him and a murderous hacker they are pursuing.

Hartvigsen’s imagery was inspired by such science fiction powerhouse films as “Bladerunner” and “The Matrix,” and its themes by the novel “Do Androids Dream of Electric Sheep,” a book that was assigned reading for one of Hartvigsen’s English classes, and that is considered the loose basis for “Bladerunner.”

In addition to using the technology to make his movie, Hartvigsen was also inspired by the social issues surrounding video games. He says that he wanted to address compulsive video gaming, Web surfing and social media used as escapism.

He sought to create a future that looked so bleak that people would want to escape to the virtual reality of “Eden.” When they do so, however, they are susceptible to a hacker – appropriately called the Serpent – who feels humans are spending too much time in Eden and has decided to hack in and shut down the entire system.

In a great paradox, Hartvigsen notes how difficult it was to make a movie about the perils of technology using video game software. “You don’t have the control that you would with real actors and scenes,” he says. “The medium became a commentary on technology itself.”

Difficult to control, maybe, but Hartvigsen couldn’t beat the price of creating his 10 minute 50 second film. “All I had to do was buy pizza for my team one day. Everything else was free for us to use in the computer lab.”

Hartvigsen notes that he was able to pick the members of his team for this project and he’s happy with his selection. “I got the best team in the class,” he says. The jury at the International Student Film Festival of Hollywood probably would agree.

Hartvigsen says he submitted the film to the festival upon encouragement from his machinima professor, Robert Kessler, professor of computer science and executive director of the EAE Master Games Studio. For his machinima film to have beaten out other digital pieces with larger budgets was quite an accomplishment for Hartvigsen and his team. “Eden” also won Audience Choice at Machinimafest, a film festival for machinima on the University of Utah campus in May 2011.

Hartvigsen was given a certificate and an “L.A. 411” directory of filmmakers and key movie contacts by the International Student Film Festival. He says Los Angeles is quite alluring, but he’d rather stay in Utah to work on other projects and help build up the film community in Salt Lake City.

He says one of the most valuable lessons he learned at the film festival was from lifetime achievement award recipient Ed Asner about the community of filmmakers. Asner spoke to the audience about actors and filmmakers looking out for each other. “The film industry is all about relationships,” Hartvigsen says, “and I want to continue to build those relationships and make good movies.”

“Eden” can be viewed at http://www.youtube.com/watch?v=dioGgBVAHV4