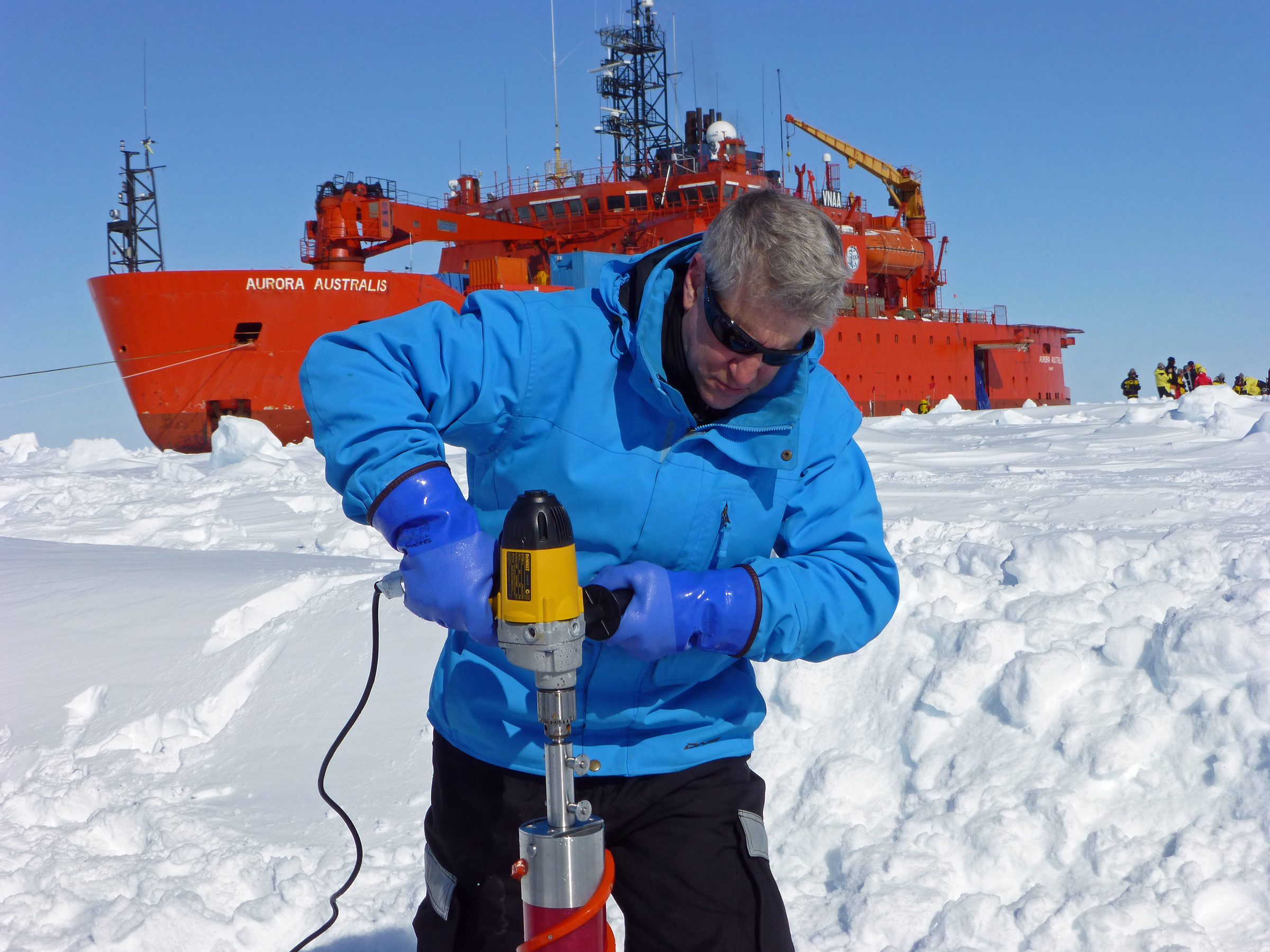 “This is not the normal thing that happens to a math professor,” Golden says, noting the club was able to find records of only three other mathematicians picked for the group since it was founded in 1904. “I’m just extremely thrilled and humbled to be a member of this very unique club.”

Golden studies the mathematical properties of polar sea ice and how they affect climate change. By icebreaker or plane, he has been on 10 scientific expeditions to the Arctic and seven trips to Antarctica since 1980.

His selection for the Explorers Club grew out of a talk he gave this past March at the National Museum of Mathematics in New York on disappearing polar ice caps. In promoting his talk and in a Scientific American story about it, Golden was referred to as the “Indiana Jones of mathematics.” The man who introduced his talk was on the board of the Explorers Club and suggested Golden for membership.

A fellow is the highest category of membership in the Explorers Club, which says it is “dedicated to the advancement of field research and the ideal that it is vital to preserve the instinct to explore.” Golden also is a fellow of the Society for Industrial and Applied Mathematics and an inaugural fellow of the American Mathematical Society.

The Explorers Club often recognizes firsts in exploration, including the first explorers to reach the South Pole and the deepest point in the ocean. Armstrong was the first man on the moon; Yeager, the first pilot to break the sound barrier; Hillary, one of the first two men to summit Mount Everest.