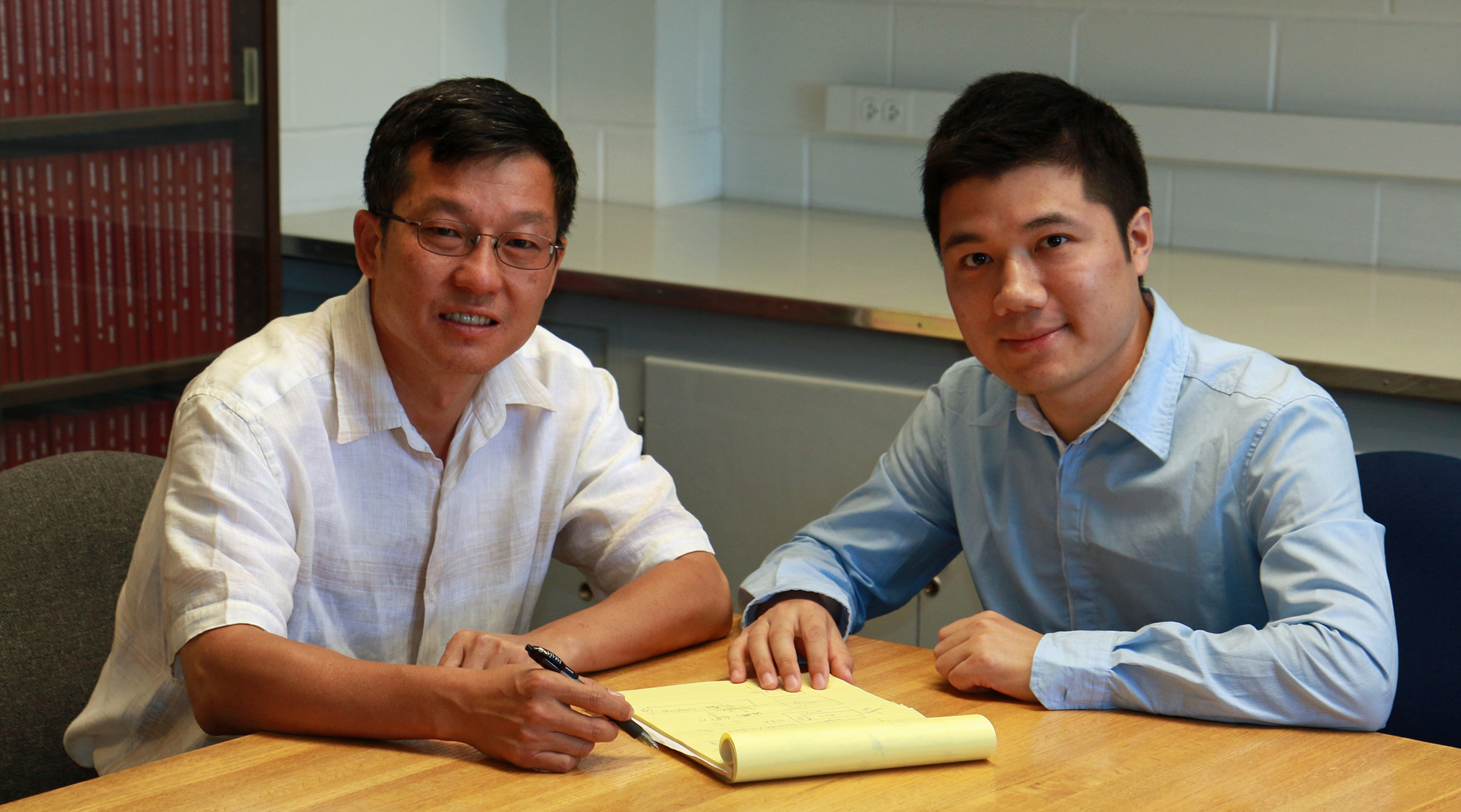 Sept. 22, 2014 – University of Utah engineers discovered a way to create a special material – a metal layer on top of a silicon semiconductor – that could lead to cost-effective, superfast computers that perform lightning-fast calculations but don’t overheat.

This new “topological insulator” behaves like an insulator on the inside but conducts electricity on the outside and may pave the way for quantum computers and fast spintronic devices.

The research, led by University of Utah materials science and engineering professor Feng Liu, was published today in the journal Proceedings of the National Academy of Sciences.

An energy gap is the amount of energy it takes for electrons to conduct electricity in a given material. A larger gap allows electricity to be conducted on a material’s surface so a computer can operate at room temperature while remaining stable. Liu and his team found that bismuth metal deposited on the silicon can result in a more stable large-gap topological insulator. But just as important, this process can be cost-effective and readily integrated with current widespread silicon semiconductor manufacturing techniques.

“We can put it on silicon so it can be married or combined with the existing semiconductor technology,” Liu says. “This is very important. It makes it more experimentally feasible and practically realistic.”

Because the bismuth layer is atomically bonded but electronically isolated from the silicon layer, it creates a large energy gap.

“It has the largest energy gap that was ever predicted. It makes room-temperature applications a possibility for topological insulator-based devices or computers,” Liu says.

Quantum computers, which have not been built yet, would run on the principles of quantum mechanics, in which the smallest particles of light and matter can be in different places at the same time. Quantum computers theoretically could be billions of times faster than conventional computers.

Quantum computing is expected to be used in a variety of uses, including in big data centers, security systems and encryption.

Spintronics is a new technology that uses the spin of an electron (instead of charge) in electronic devices. Spin is a property of electrons that makes the electron act like a tiny magnet. Spintronic devices can be used to encode and transfer information in electronic circuits and computers.

Liu’s study was funded primarily by the U.S. Department of Energy and partly by the National Science Foundation through the University of Utah’s Materials Research Science and Engineering Center.