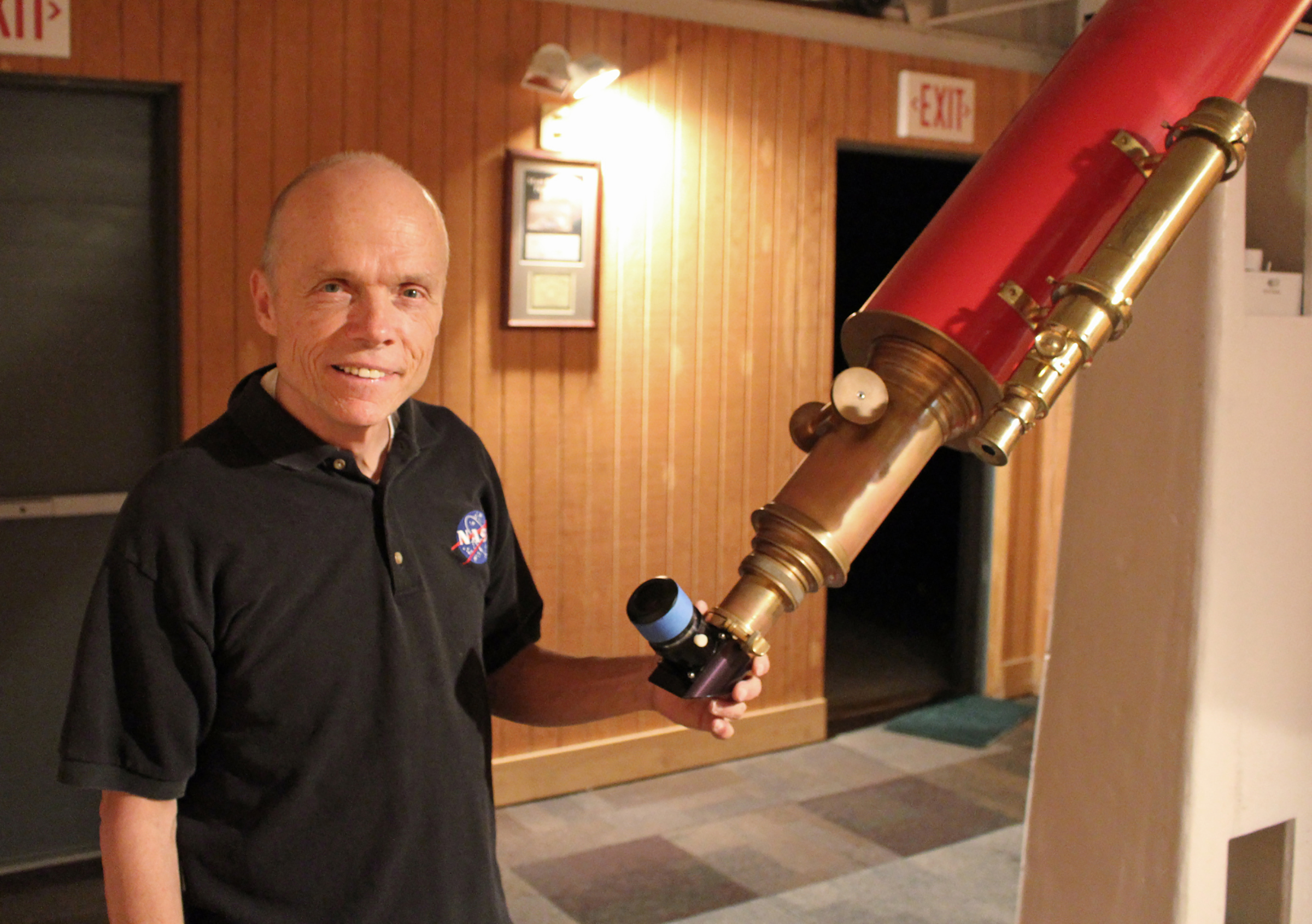 Sept. 23, 2014 – What’s rocky, about a mile wide, orbits between Mars and Jupiter and poses no threat to Earth?

An asteroid named “Univofutah” after the University of Utah.

“It’s neat,” Wiggins says. “There aren’t too many other universities on the whole planet with asteroids named after them. So that puts the U in rather rarified company.”

“We are very honored,” says Carleton Detar, the university’s chairman of physics and astronomy. “Patrick Wiggins has been a dedicated champion of Utah amateur astronomy. Next, we’ll need student volunteers to install a large block U on our asteroid.”

Wiggins, who now works as a part-time public education assistant in the university’s Department of Physics and Astronomy, had submitted the naming request in July as “Univ of Utah” but the naming agency changed it to Univofutah – much to the dismay of university marketing officials, who would have preferred “U of Utah.” Wiggins says names must be limited to 16 characters, ruling out the university’s full name.

The asteroid “is no more than 2 kilometers (1.2 miles) across,” Wiggins says. Because of its small size and distance, it is “too far away for even the Hubble Space Telescope to determine the shape.”

“Thankfully, this one will not be coming anywhere near the Earth,” he adds. “It’s a loooong way out. It is in the main asteroid belt. It stays between the orbits or Mars and Jupiter.”

On the night it was discovered, asteroid Univofutah was about 137 million miles from Earth, almost 1.5 times the distance between the Earth and sun.

Univofutah is the fourth of five asteroids discovered by Wiggins. He also has spotted a number of previously known asteroids, and also thought he discovered a near-Earth asteroid – the kind that can threaten Earth – but it wasn’t seen again. This year, he discovered his first supernova, or exploding star.

The other asteroids Wiggins discovered (the first one with his then wife) are Elko and Timerskine in 1999, Laurelanmaurer in 2007 and Nevaruth in 2008. Elko was named for his hometown in Nevada. Timerskine was named by his former wife for her second husband. Laurelanmaurer was named for a friend of a person who won the naming rights during a fundraising auction, and Nevaruth for the grandmother of Wiggins’ former wife.

Asteroid Univofutah initially was numbered 391795 because it was the 391,795th minor planet – the term that astronomers use for asteroids – to be discovered and receive a number.

The rest of its original name – 2008 RV77 – is a code for the year and time of year it was discovered, with “R” meaning the first half of September and V meaning it was the 21st asteroid discovered during that half-month.

It took until earlier this year before the asteroid even qualified to be given a formal name. That is because “after the initial discovery, it has to be tracked long enough to where its orbit is well known and the International Astronomical Union is certain it’s not a previously discovered minor planet,” Wiggins says. “In the case of this one, that took until several months ago.”

Wiggins worked from 1975 to 2002 for at Salt Lake City’s Hansen Planetarium before it closed and Clark Planetarium was built. He also has been with the Salt Lake Astronomical Society since 1975, and has worked part time at the U since the 1990s. He teaches physics and astronomy in museums, schools and public events.