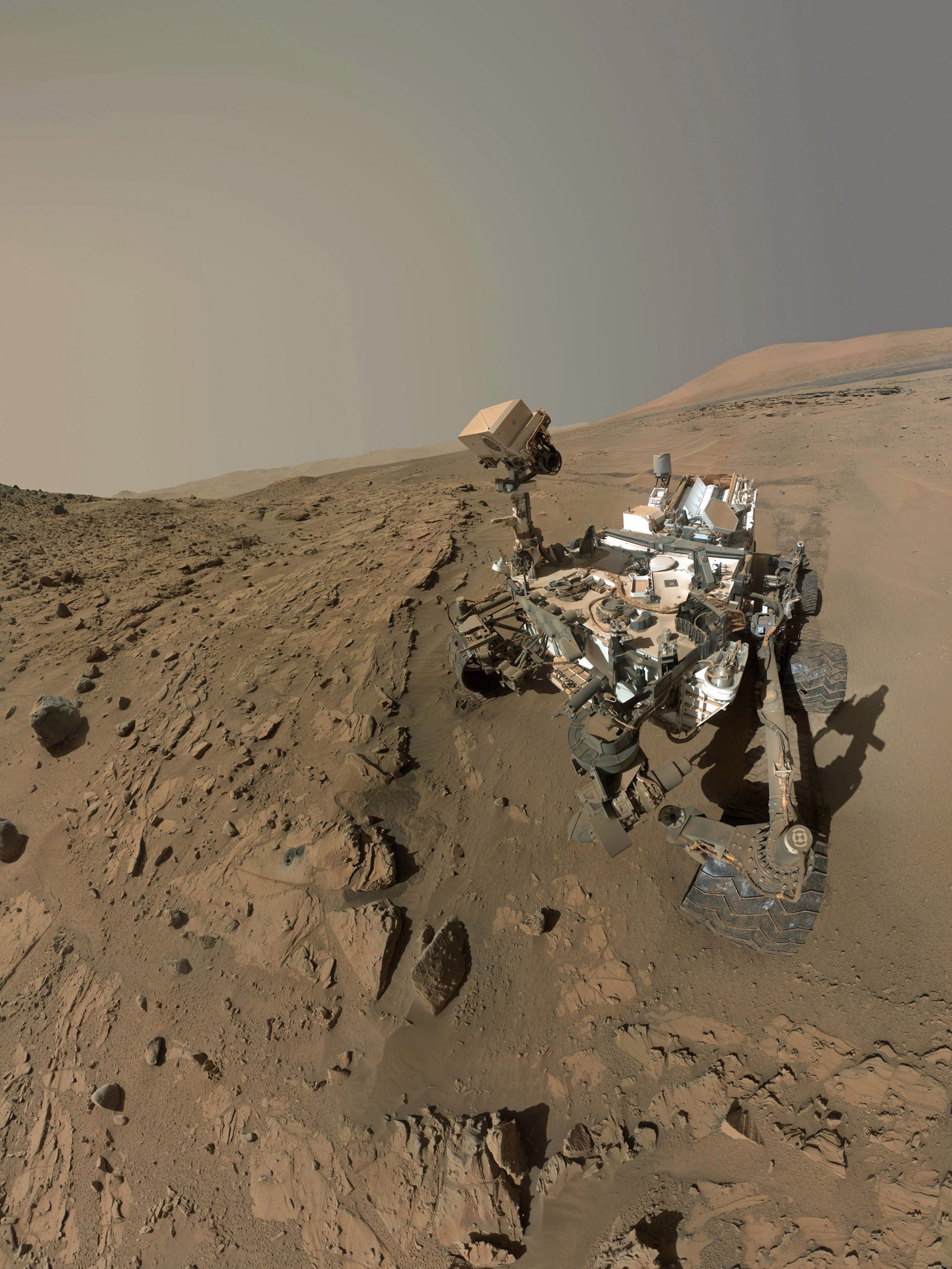 Sept. 17, 2014 – Kimberly Lichtenberg, an instrument engineer for the Mars Curiosity rover, will speak about “Two Years on Mars: The Good, the Bad and the Ugly” during the University of Utah’s Frontiers of Science Lecture on Wednesday, Sept. 24.

For two years NASA’s Curiosity rover vehicle was on a mission to answer a fundamental question about Mars: Was the planet ever a habitable environment? After the successful landing of the rover in August 2012, the team used Curiosity to explore the plains and deltas of Mars’ Gale Crater, a location known for its abundant minerals. The rover completed its journey in July after two years of lucky finds, obstacles and flat tires.

Mars rovers Spirit and Opportunity previously found that liquid water once existed on Mars, suggesting the planet may have supported some form of life. In her lecture, Lichtenberg, who works at NASA’s Jet Propulsion Laboratory in Pasadena, California, will discuss where to look for a habitable environment on Mars, the importance of Gale Crater to the mission and how humans can handle living on Mars time. Mars has a 24-hour, 39-minute day, which means mission researchers needed to start their shifts 39 minutes later each day, eventually working in the middle of the night.

Lichtenberg is a system engineer for the Sample Analysis at Mars instrument on Curiosity. She helps develop and maintain instruments that investigate a habitable environment on Mars. Lichtenberg also is part of the team that controls the rover, making her job “completely different and exciting” every day.

She received a bachelor’s degree in engineering physics from the University of Virginia and a master’s degree and doctorate in Earth and planetary sciences from Washington University in St. Louis. Lichtenberg also is an advocate on social media for space exploration.

The Frontiers of Science Lecture Series is sponsored by the University of Utah’s College of Science and College of Mines and Earth Sciences.

Lectures are free and open to the public. Seating is limited and it is recommended attendees arrive early to ensure seating availability. Visit science.utah.edu for more information.