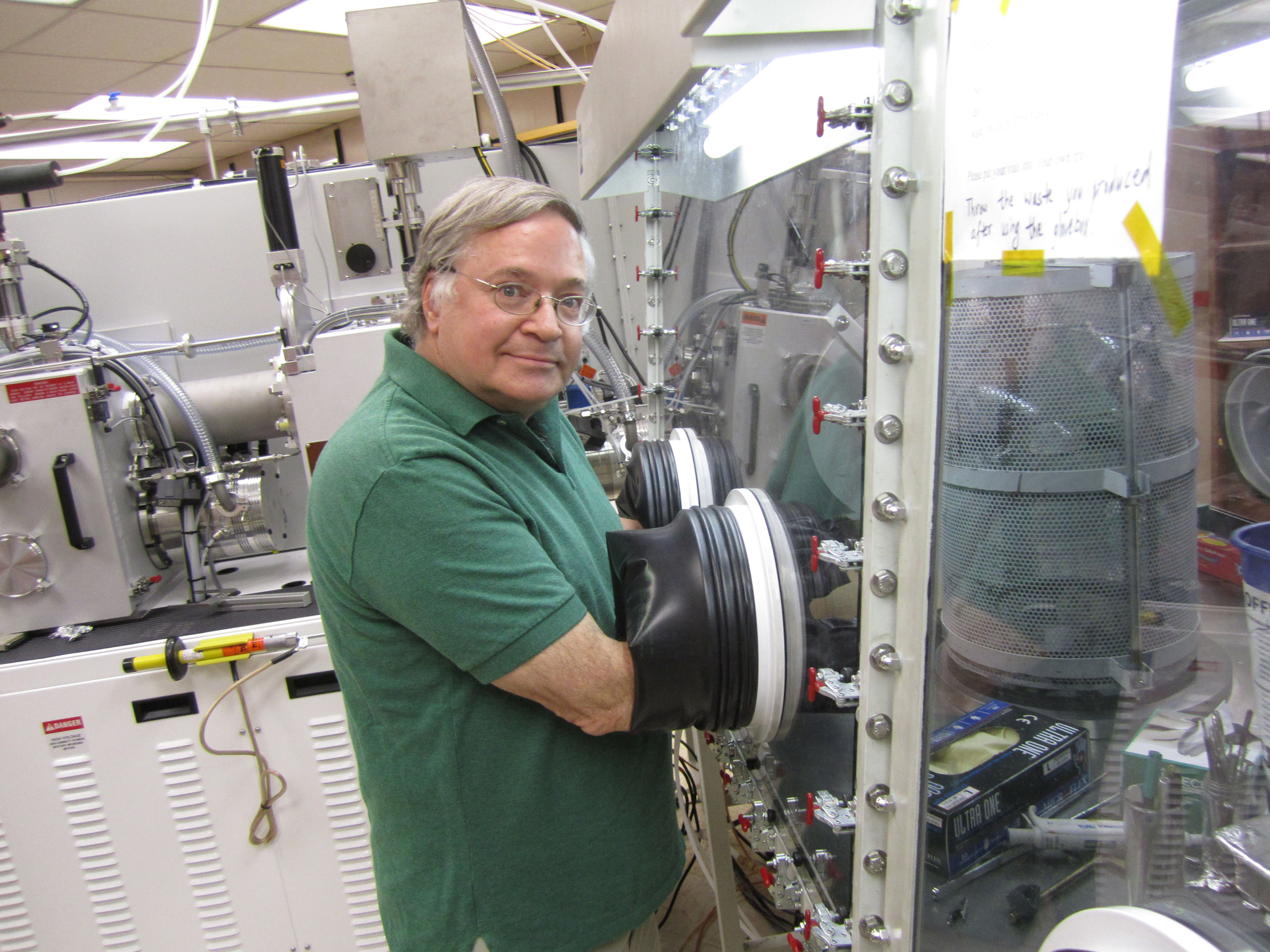 Sept. 13, 2013 – By inserting platinum atoms into an organic semiconductor, University of Utah physicists were able to “tune” the plastic-like polymer to emit light of different colors – a step toward more efficient, less expensive and truly white organic LEDs for light bulbs of the future.

Certain existing white light bulbs use LEDs, or light-emitting diodes, and some phone displays use organic LEDs, or OLEDs. Neither are truly white LEDs, but instead use LEDs made of different materials that each emit a different color, then combine or convert those colors to create white light, Vardeny says.

In the new study, Vardeny and colleagues report how they inserted platinum metal atoms at different intervals along a chain-like organic polymer, and thus were able to adjust or tune the colors emitted. That is a step toward a truly white OLED generated by multiple colors from a single polymer.

Existing white OLED displays – like those in recent cell phones – use different organic polymers that emit different colors, which are arranged in pixels of red, green and blue and then combined to make white light, says Vardeny, a distinguished professor of physics. “This new polymer has all those colors simultaneously, so no need for small pixels and complicated engineering to create them.”

“This polymer emits light in the blue and red spectral range, and can be tuned to cover the whole visible spectrum,” he adds. “As such, it can serve as the active [or working] layer in white OLEDs that are predicted to replace regular light bulbs.”

Vardeny says the new polymer also could be used in a new type of solar power cell in which the platinum would help the polymer convert sunlight to electricity more efficiently. And because the platinum-rich polymer would allow physicists to “read” the information stored in electrons’ “spins” or intrinsic angular momentum, the new polymers also have potential uses for computer memory.

Not Quite Yet an OLED

In the new study, the researchers made the new platinum-rich polymers and then used various optical methods to characterize their properties and show how they light up when stimulated by light.

“We haven’t yet fabricated an OLED with it,” Vardeny says. “The paper shows we get multiple colors simultaneously from one polymer,” making it possible to develop an OLED in which single pixels emit white light.

Vardeny predicts about one year until design of a “platinum-rich pi-conjugated polymer” that is tuned to emit white light when stimulated by light, and about two years until development of true white organic LEDs.

“The whole project is supported by the U.S. Department of Energy for replacing white light from regular [incandescent] bulbs,” he says.

Inorganic semiconductors were used to generate colors in the original LEDs, introduced in the 1960s. Organic LEDs, or OLEDs, generate light with organic polymers which are “plastic” semiconductors and are used in many of the latest cell phones, digital camera displays and big-screen televisions.

Existing white LEDs are not truly white. White results from combining colors of the entire spectrum, but light from blue, green and red LEDs can be combined to create white light, as is the case with many cell phone displays.  Other “white” LEDs use blue LEDs, “down-convert” some of the blue to yellow, and then mix the blue and yellow to produce light that appears white.

The new platinum-doped polymers hold promise for making white OLEDs, but can convert more energy to light than other OLEDs now under development, Vardeny says. That is because the addition of platinum to the polymer makes accessible more energy stored within the polymer molecules.

— A “singlet” state that can be stimulated by light or electricity to emit higher energy, fluorescent blue light. Until now, OLEDs derived their light only from this state, allowing them to convert only 25 percent of energy into light – better than incandescent bulbs but far from perfect.

— A normally inaccessible “triplet” state that theoretically could emit lower energy phosphorescent red light, but normally does not, leaving 75 percent of electrical energy that goes into the polymer inaccessible for conversion to light.

Vardeny says he and his colleagues decided to add platinum atoms to a polymer because it already was known that “if you put a heavy atom in molecules in general, it can make the triplet state more accessible to being stimulated by light and emitting light.”

Ideally, a new generation of white OLEDs would not only produce true white light, but also be much more energy efficient because they would use both fluorescence and phosphorescence, he adds.

By varying the amount of platinum in the polymer, the physicists could create and adjust emissions of fluorescent and phosphorescent light, and adjust the relative intensity of one color over another.

“What is new here is that we can tune the colors the polymer emits and the relative intensities of those colors by changing the abundance of this heavy atom in the polymer,” Vardeny says. “The idea, ultimately, is to mix this polymer with different platinum units so we can cover the whole spectrum easily and produce white light.”