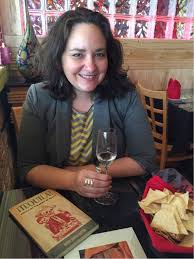 (May 5, 2015 ) — What is it about tequila? When did it become the party drink of the rich and famous? Or just the drink to be seen with in general?

George Clooney threw a swanky soiree in Las Vegas with the launch of his tequila brand, Casamigos. P-Diddy made tequila his latest luxury investment a few months back, mugging for a camera as he held a shovel next to an agave plant in Mexico. And every year, thousands of Cinco de Mayo revelers across the world celebrate by throwing back a margarita or three, or sometimes just plain shots of tequila —which happens to be one of the world’s fastest-growing liquor markets.

Marie Sarita Gaytán, an assistant professor of sociology and gender studies at the University of Utah, noticed the distilled spirit’s rise in popularity. She turned what has become a pop culture phenomenon into a research project, which culminated into a study published recently in the Journal of Consumer Culture, “The transformation of tequila: From hangover to highbrow.”

Her study examines how tequila —once considered a lowbrow drink swilled in in Mexico —has turned into the drink of choice for high society. Gaytán analyzed novels, magazines, newspapers and even song lyrics to examine the broader meaning of tequila in society to find that its evolution has been influenced by historical, political and economic circumstances.

“What I discovered is that everyday there seems to be a growing amount of tequila connoisseurs and web sites. Because tequila has gone into this high brow market, there is a lot of interest in it,” said Gaytán.

“There’s a celebrity culture emerging in tequila. The broader public wants to know more about that. They want to drink more than Jose Cuervo. A lot of people want to show off their international taste and tequila is now allowing people to make their class distinctions and associate themselves as hip and cool,” she said.

Gaytán also recently published a book “¡Tequila! Distilling the Spirit of Mexico,” that builds on her prior research. She’ll host an event in Moab on May 16 from 6 to 8 p.m. at Atomic Lounge, 1392 N. Highway 191, where they’ll be a discussion and tequila tasting sponsored by the Moab Valley Multicultural Center.

In Gaytán’s research published in Journal of Consumer Culture, she wrote that tequila’s transformation into a high-society drink took place in three key phases, including increasing ties to national identity in Mexico; a changing perception of the drink as a “fun” concoction in the U.S.; and lastly, the gaining of state-backed support and legislative protection.

Researching the topic took her to Mexico, to places including Tequila, Amatitán, Arandas and Guadalajara. She interviewed agave farmers, toured distilleries and attended regulatory meetings to learn as much as possible about the topic. The historical overview in the book is complimented by a several fun facts about tequila and its public image, including one fact that may surprise those who think they know about Pancho Villa, the famed Mexican Revolutionary General whose name has adorned liquor bottles today. Pancho Villa, Gaytán wrote, was a non-drinker who championed alcohol prohibition in Mexico.

The history of the drink’s rise in the U.S. can be tracked back to an interesting path of relations between the U.S. and Mexico, she said. One of the most surprising aspects she uncovered during her research was while looking through a newspaper archive from the U.S. in the 1850s, she found articles that mentioned tequila. She realized that tequila’s association with Mexico and national pride had moved outside of Mexico long before many people realize.

“I would say that although tequila is Mexico’s national drink, how tequila came to prominence in the U.S. is a story of U.S. Mexico relations,” she said.

Learn Gaytán’s research in the Journal of Consumer Culture here and find more about her book from Stanford Press here.