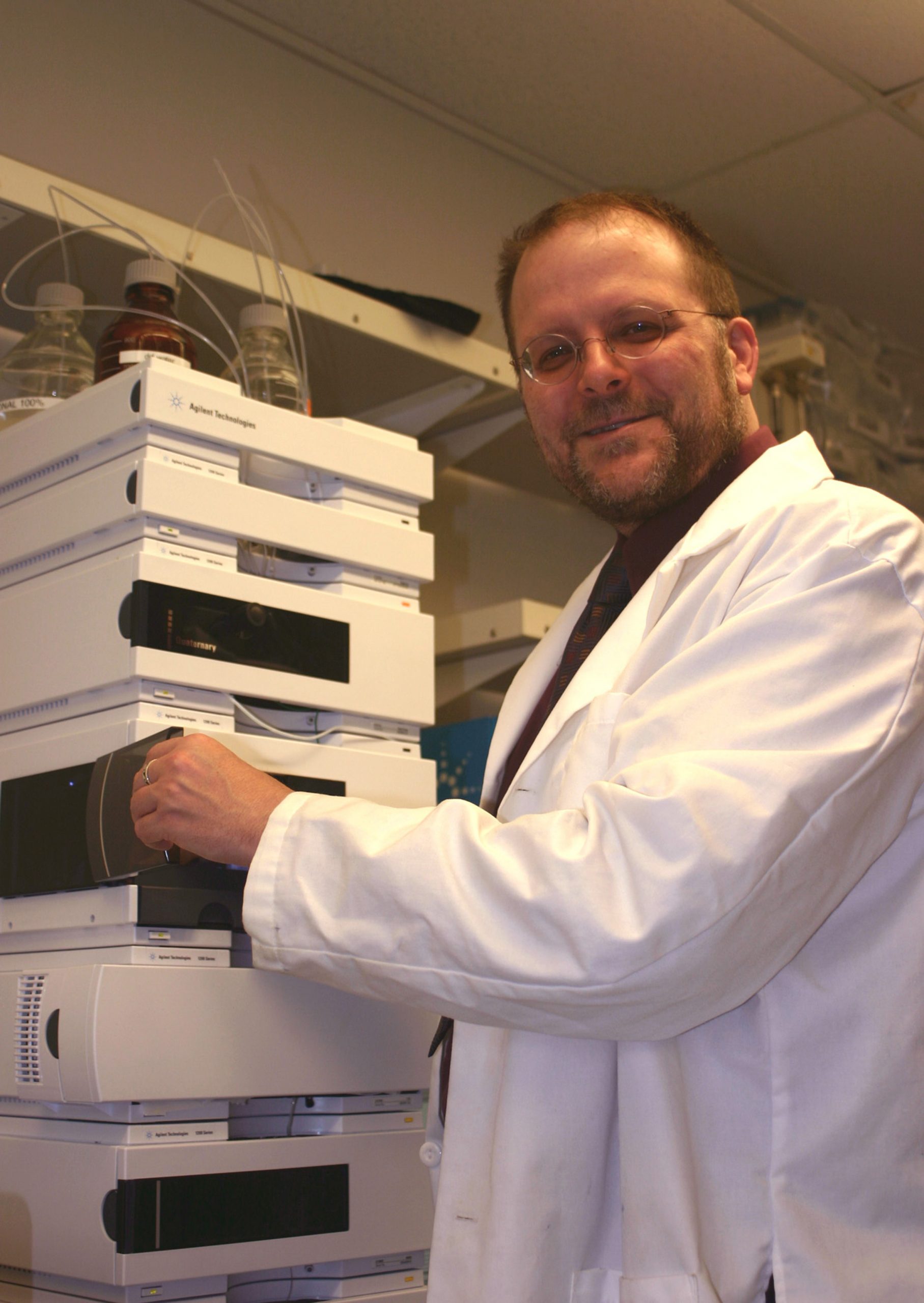 Sept. 23, 2011 – University of Utah researchers have discovered a new class of compounds that stick to the sugary coating of the AIDS virus and inhibit it from infecting cells – an early step toward a new treatment to prevent sexual transmission of the virus.

Development and laboratory testing of the potential new microbicide to prevent human immunodeficiency virus infection is outlined in a study set for online publication by Friday in the journal Molecular Pharmaceutics.

Despite years of research, there is only one effective microbicide to prevent sexual transmission of HIV, which causes AIDS, or acquired immune deficiency syndrome. Microbicide development has focused on gels and other treatments that would be applied vaginally by women, particularly in Africa and other developing regions.

To establish infection, HIV must first enter the cells of a host organism and then take control of the cells’ replication machinery to make copies of itself. Those HIV copies in turn infect other cells. These two steps of the HIV life cycle, known as viral entry and viral replication, each provide a potential target for anti-AIDS medicines.

“There is a gap in the HIV treatment pipeline for cost-effective and mass-producible viral entry inhibitors that can inactivate the virus before it has a chance to interact with target cells,” he says.

Kiser conducted the study with Alamelu Mahalingham, a University of Utah graduate student in pharmaceutics and pharmaceutical chemistry; Anthony Geonnotti of Duke University Medical Center in Durham, N.C.; and Jan Balzarini of Catholic University of Leuven in Belgium.

The research was funded by the National Institutes of Health, the Bill and Melinda Gates Foundation, the Catholic University of Leuven, Belgium, and the Fund for Scientific Research, also in Belgium.

Lectins are a group of molecules found throughout nature that interact and bind with specific sugars. HIV is coated with sugars that help to hide it from the immune system. Previous research has shown that lectins derived from plants and bacteria inhibit the entry of HIV into cells by binding to sugars found on the envelope coating the virus.

However, the cost of producing and purifying natural lectins is prohibitively high. So Kiser and his colleagues developed and evaluated the anti-HIV activity of synthetic lectins based on a compound called benzoboroxole, or BzB, which sticks to sugars found on the HIV envelope.

Kiser and his colleagues found that these BzB-based lectins were capable of binding to sugar residues on HIV, but the bond was too weak to be useful. To improve binding, they developed polymers of the synthetic lectins. The polymers are larger molecules made up of repeating subunits, which contained multiple BzB binding sites.    The researchers discovered that increasing the number and density of BzB binding sites on the synthetic lectins made the substances better able to bind to the AIDS virus and thus have increased antiviral activity.

“The polymers we made are so active against HIV that dissolving about one sugar cube’s weight of the benzoboroxole polymer in a bath tub of water would be enough to inhibit HIV infection in cells,” says Kiser.

Depending on the strain, HIV displays significant variations in its viral envelope, so it is important to evaluate the efficacy of any potential new treatment against many different HIV strains.

Kiser and his colleagues found that their synthetic lectins not only showed similar activity across a broad spectrum of HIV strains, but also were specific to HIV and didn’t affect other viruses with envelopes.

“The characteristics of an ideal anti-HIV microbicide include potency, broad-spectrum activity, selective inhibition, mass producibility and biocompatibility,” says Kiser. “These benzoboroxole-based synthetic lectins seem to meet all of those criteria and present an affordable and scalable potential intervention for preventing sexual transmission in regions where HIV is pandemic.”

Kiser says future research will focus on evaluating the ability of synthetic lectins to prevent HIV transmission in tissues taken from the human body, with later testing in primates. Kiser and his colleagues are also developing a gel form of the polymers, which could be used as a topical treatment for preventing sexual HIV transmission.