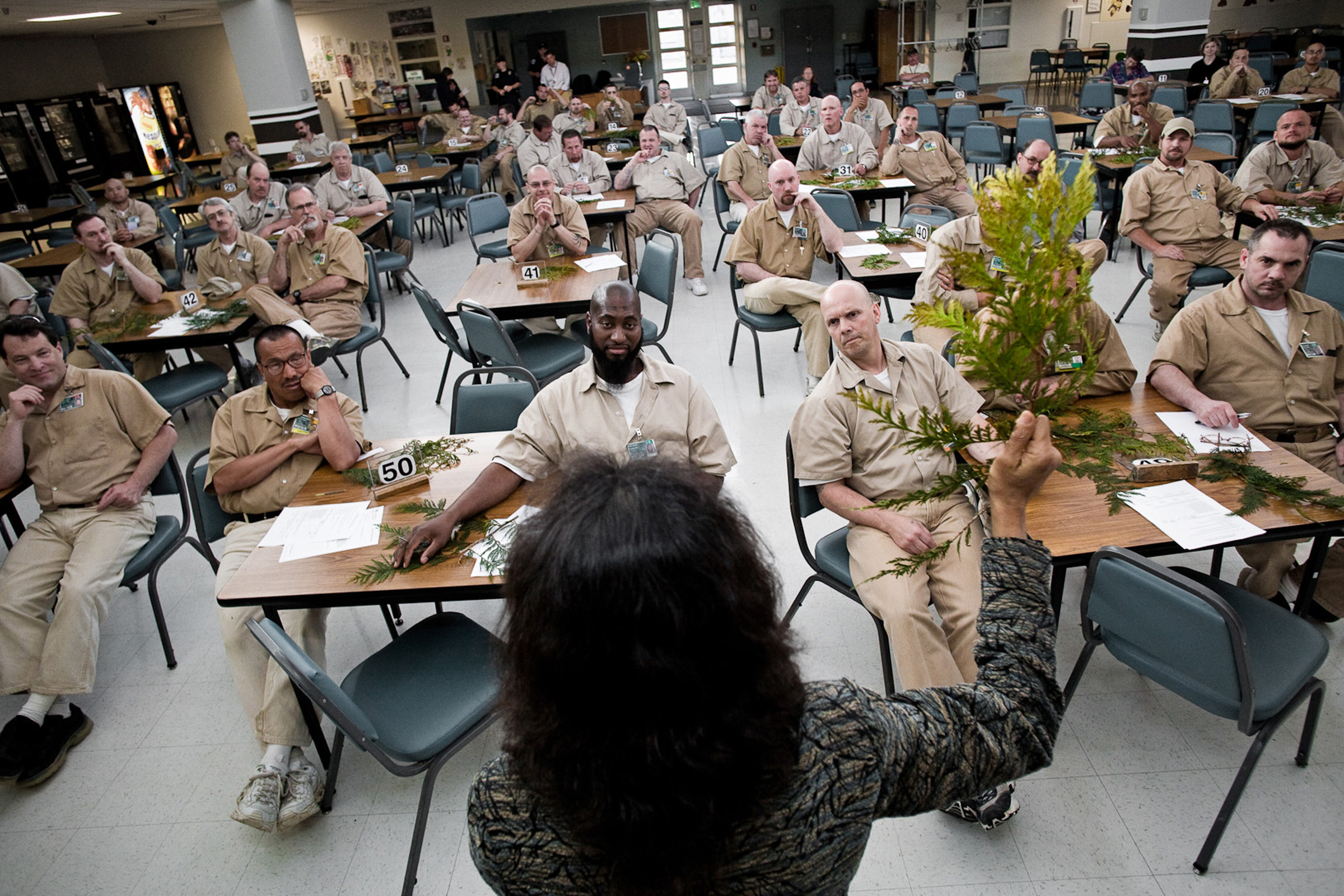 March 18, 2013 – The University of Utah is launching a project to teach prisoners about science and give them job training in recycling, organic gardening, composting and other skills. It is part of a trend toward environmental sustainability in prisons – the subject of a workshop at the university Wednesday, March 20 through Friday, March 22.

The national Sustainability in Prisons Project workshop is being held at Fort Douglas on the University of Utah campus, with a reception at the Red Butte Garden Orangerie from 7 p.m. to 9 p.m. Thursday, March 21.

Media are invited to attend the reception where – beginning about 7:45 p.m. – speakers will explain the Sustainability in Prisons Project and announce the launch of its Utah counterpart, Utah Science in Prisons Project.

The goal of the Utah project is to bring science education, job training, conservation projects, and sustainable operations to corrections facilities in Utah.

Nadkarni plans to bring science and math education opportunities to offenders, and already has U faculty members committed to giving guest lectures. The Utah Science in Prisons Project has been approached by researchers and community partners who have expressed interest in involving offenders with conservation research and restoration projects. The Utah Science in Prisons Project is currently seeking corrections and community partners, and has been talking to Utah Department of Corrections and others about possible programs.

Nadkarni hopes the project duplicates the successes realized by the Sustainability in Prisons Project that she helped create in Washington state.

“Many science faculty at the University of Utah and many groups in the Salt Lake Valley are eager to present ideas and involve inmates with hands-on science and conservation experiences to reap the economic, ecological and human benefits that have accrued from the work that began in Washington state.”

That effort has reduced the environmental, economic and human costs of prisons by training offenders and Washington State Department of Corrections staff in sustainable practices such as recycling, organic gardening and composting.