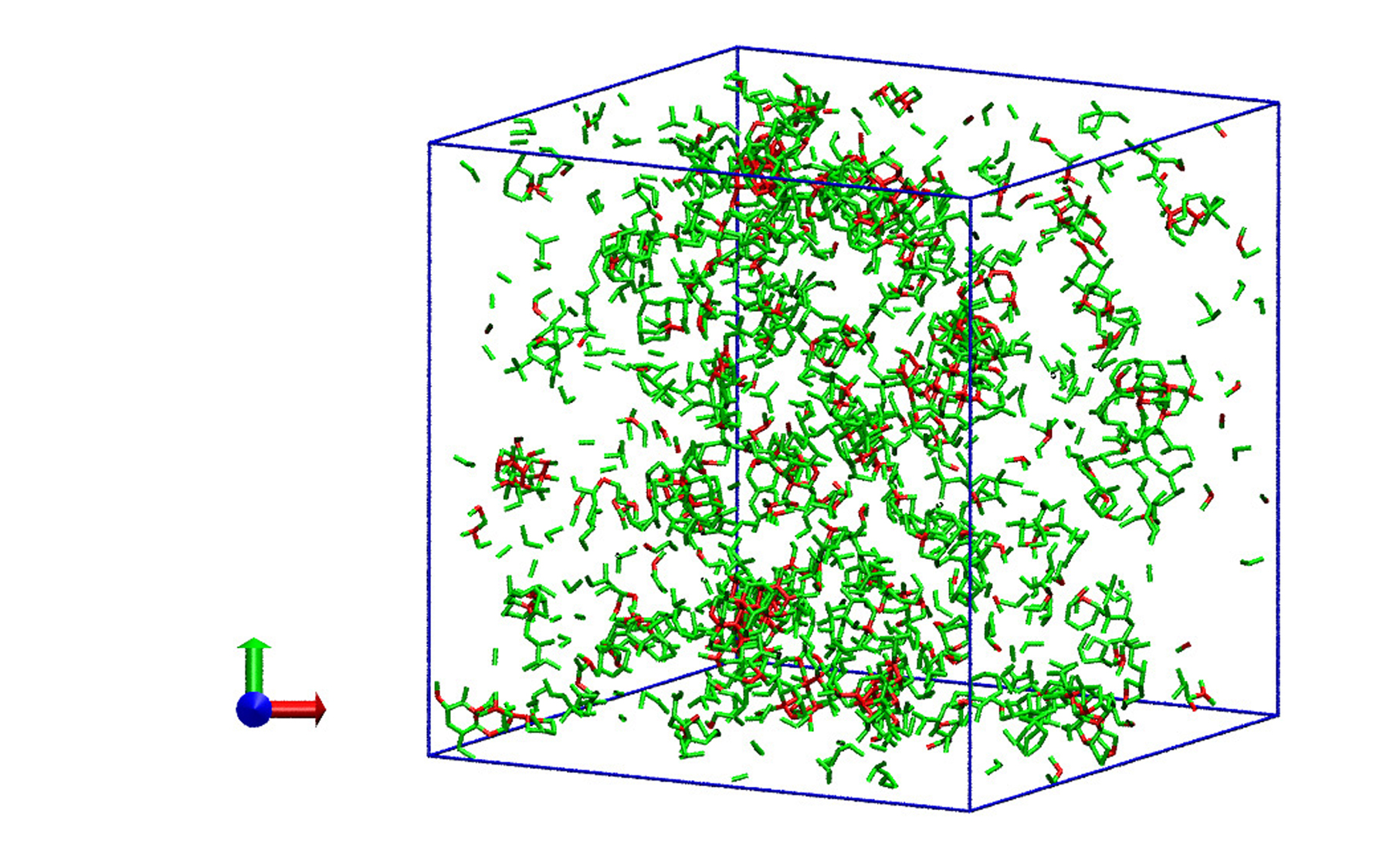 Nov. 23, 2011 – We drink water, bathe in it and we are made mostly of water, yet the common substance poses major mysteries. Now, University of Utah chemists may have solved one enigma by showing how cold water can get before it absolutely must freeze: 55 degrees below zero Fahrenheit.

That’s 87 degrees Fahrenheit colder than what most people consider the freezing point of water, namely, 32 F.

Supercooled liquid water must become ice at minus 55 F not just because of the extreme cold, but because the molecular structure of water changes physically to form tetrahedron shapes, with each water molecule loosely bonded to four others, according to the new study by chemists Valeria Molinero and Emily Moore.

The findings suggest this structural change from liquid to “intermediate ice” explains the mystery of “what determines the temperature at which water is going to freeze,” says Molinero, an assistant professor at the University of Utah and senior author of the study, published in the Thursday, Nov. 24 issue of the journal Nature.

“This intermediate ice has a structure between the full structure of ice and the structure of the liquid,” she adds. “We’re solving a very old puzzle of what is going on in deeply supercooled water.”

However, in the strange and wacky world of water, tiny amounts of liquid water theoretically still might be present even as temperatures plunge below minus 55 F and almost all the water has turned solid – either into crystalline ice or amorphous water “glass,” Molinero says. But any remaining liquid water can survive only an incredibly short time – too short for the liquid’s properties to be detected or measured.

“You need that to predict how much water in the atmosphere is in the liquid state or crystal state,” which relates to how much solar radiation is absorbed by atmospheric water and ice, Molinero says. “This is important for predictions of global climate.”

Liquid water is a network of water molecules (each with two hydrogen atoms and one oxygen atom) held loosely together by what is called hydrogen bonding, which is somewhat like static cling. Molinero says that depending on its temperature and pressure, water ice has 16 different crystalline forms in which water molecules cling to each other with hydrogen bonds.

Molinero says that “what makes water so strange is that the way liquid water behaves is completely different from other liquids. For example, ice floats on water while most solids sink into their liquid forms because they are denser than the liquids.”

Water’s density changes with temperature, and it is most dense at 39 F. That’s why fish survive under ice covering a pond by swimming in the warmer, denser water at the bottom of the pond.

But the property of water that “is most fascinating is that you can cool it down well below 32 degrees Fahrenheit and it still remains a liquid,” says Molinero.

Liquid water as cold as minus 40 F has been found in clouds. Scientists have done experiments showing liquid water can exist at least down to minus 42 F.

Why doesn’t water necessarily freeze at 32 F like we were taught in school?

“If you have liquid water and you want to form ice, then you have to first form a small nucleus or seed of ice from the liquid. The liquid has to give birth to ice,” says Molinero. “For rain, you have to make liquid from vapor. Here, you have to make crystal [ice] from liquid.”

Yet in very pure water, “the only way you can form a nucleus is by spontaneously changing the structure of the liquid,” she adds.

Molinero says key questions include, “under which conditions do the nuclei form and are large enough to grow?” and “what is the size of this critical nucleus?”

Computing What Cannot Be Measured

Molinero says that “when you cool down water, its structure becomes closer to the structure of ice, which is why the density goes down, and this should be reflected in an increased crystallization rate.”

Supercooled water has been measured down to about minus 42 F, which is its “homogenous nucleation temperature” – the lowest temperature at which the ice crystallization rate can be measured as water is freezing. Below this temperature, ice is crystallizing too fast for any property of the remaining liquid to be measured.

To get around the problem, Molinero and chemistry doctoral student Moore used computers at the University of Utah’s Center for High Performance Computing. The behavior of supercooled water was simulated and also modeled using real data.

Previous computer simulations and modeling were too slow and had to last long enough for the freezing process to occur. And it was necessary to simulate thousands of nucleation events to make valid conclusions.

Molinero and Moore devised a new computer model that is 200 times faster than its predecessors. The model simplified the number crunching by considering each three-atom water molecule to be a single particle similar to a silicon atom and capable of sticking together with hydrogen bonding.

Even so, it took thousands of hours of computer time to simulate the behavior of 32,768 water molecules (much smaller than a tiny drop of water) to determine how the heat capacity, density and compressibility of water changes as it is supercooled, and to simulate how fast ice crystallized within a batch of 4,000 water molecules.

The Birth of Ice

The computers helped Molinero and Moore determine how cold water can get before it reaches its theoretical maximum crystallization rate and must freeze. The answer: minus 55 F (or minus 48 degrees Celsius).

The computers also showed that as water approaches minus 55 F, there is a sharp increase in the proportion of water molecules attached to four others to form tetrahedrons.

“The water is transforming to something else, and this something else is very close to ice,” says Molinero. She calls it intermediate ice.

If a microscopic droplet of water is cooled very fast, it forms what is called a glass – low-density amorphous ice – in which all the tetrahedrons of water molecules are not lined up to form perfect crystals. Instead, low-density ice is amorphous like window glass. The study found that as many as one-quarter of the molecules in the amorphous “water glass” are organized either as intermediate ice or as tiny ice crystals.

When water approaches minus 55 F, there is an unusual decrease in density and unusual increases in heat capacity (which goes up instead of down) and compressibility (water gets easier to compress as it gets colder, unlike most liquids). These unusual thermodynamics coincide with liquid water changing to the tetrahedral structure.