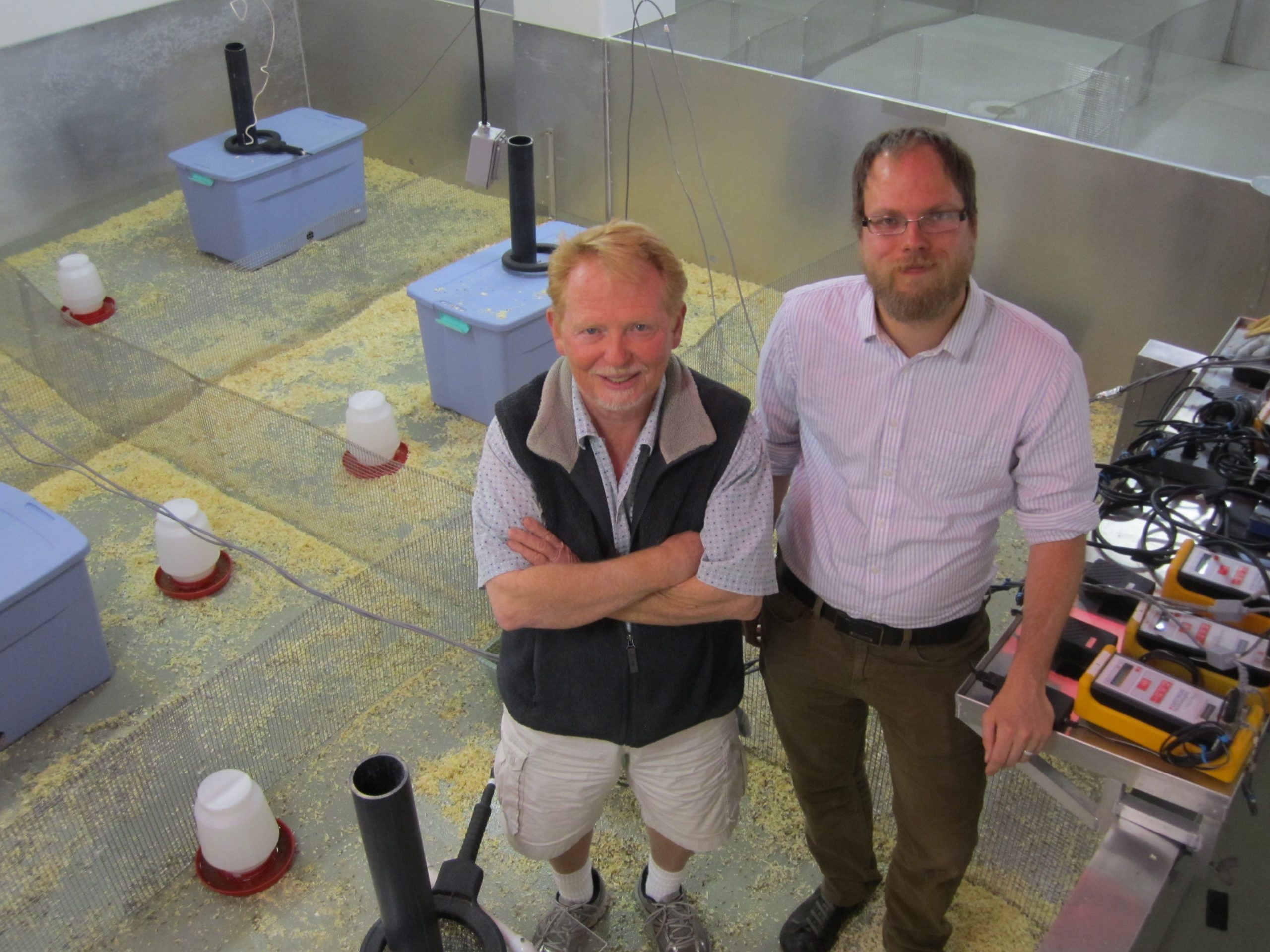 Aug. 13, 2013 – When mice ate a diet of 25 percent extra sugar – the mouse equivalent of a healthy human diet plus three cans of soda daily – females died at twice the normal rate and males were a quarter less likely to hold territory and reproduce, according to a toxicity test developed at the University of Utah.

“I have reduced refined sugar intake and encouraged my family to do the same,” he adds, noting that the new test showed that the 25 percent “added-sugar” diet – 12.5 percent dextrose (the industrial name for glucose) and 12.5 percent fructose – was just as harmful to the health of mice as being the inbred offspring of first cousins.

Even though the mice didn’t become obese and showed few metabolic symptoms, the sensitive test showed “they died more often and tended to have fewer babies,” says the study’s first author, James Ruff, who recently earned his Ph.D. at the University of Utah. “We have shown that levels of sugar that people typically consume – and that are considered safe by regulatory agencies – impair the health of mice.”

“This is a sensitive test for health and vigor declines,” he says, noting that in a previous study, he used the same test to show how inbreeding hurt the health of mice.

“One advantage of this assay is we get the same readout no matter if we are testing inbreeding or added sugar,” Potts says. “The mice tell us the level of health degradation is almost identical” from added-sugar and from cousin-level inbreeding.

The study says the need for a sensitive toxicity test exists not only for components of our diet, but “is particularly strong for both pharmaceutical science, where 73 percent of drugs that pass preclinical trials fail due to safety concerns, and for toxicology, where shockingly few compounds receive critical or long-term toxicity testing.”

A Mouse Diet Equal to What a Quarter of Americans Eat

Potts says the National Research Council recommends that for people, no more than 25 percent of calories should be from “added sugar,” which means “they don’t count what’s naturally in an apple, banana, potato or other nonprocessed food. … The dose we selected is consumed by 13 percent to 25 percent of Americans.”

The diet fed to the mice with the 25 percent sugar-added diet is equivalent to the diet of a person who drinks three cans daily of sweetened soda pop “plus a perfectly healthy, no-sugar-added diet,” Potts says.

Ruff notes that sugar consumption in the American diet has increased 50 percent since the 1970s, accompanied by a dramatic increase in metabolic diseases such as diabetes, obesity, fatty liver and cardiovascular disease.

The researchers used a mouse supply company that makes specialized diets for research. Chow for the mice was a highly nutritious wheat-corn-soybean mix with vitamins and minerals. For experimental mice, glucose and fructose amounting to 25 percent of calories was included in the chow. For control mice, corn starch was used as a carbohydrate in place of the added sugars.

Mice often live in homes with people, so “mice happen to be an excellent mammal to model human dietary issues because they’ve been living on the same diet as we have ever since the agricultural revolution 10,000 years ago,” Potts says.

Mice typically used in labs come from strains bred in captivity for decades. They lack the territoriality shown by wild mice. So the study used mice descended from wild house mice that were “outbred” to prevent inbreeding typical of lab mice.

“They are highly competitive over food, nesting sites and territories,” he says. “This competition demands high performance from their bodies, so if there is a defect in any physiological systems, they tend to do more poorly during high competition.”

So Potts’ new test – named the Organismal Performance Assay, or OPA – uses mice “in a more natural ecological context” more likely to reveal toxic effects of whatever is being tested, he says.

“When you look at a mouse in a cage, it’s like trying to evaluate the performance of a car by turning it on in a garage,” Ruff says. “If it doesn’t turn on, you’ve got a problem. But just because it does turn on, doesn’t mean you don’t have a problem. To really test it, you take it out on the road.”

A big room was divided into 11 “mouse barns” used for the new test. Six were used in the study. Each “barn” was a 377-square-foot enclosure ringed by 3-foot walls.

Each mouse barn was divided by wire mesh fencing into six sections or “territories,” but the mice could climb easily over the mesh. Within each of the six sections was a nest box, a feeding station and drinking water.

Four of the six sections in each barn were “optimal,” more desirable territories because the nest boxes were opaque plastic storage bins, which mice entered via 2-inch holes at the bottom. Each bin had four nesting cages in it, and an enclosed feeder.

The two other sections were “suboptimal” territories with open planter trays instead of enclosed bins. Female mice had to nest communally in the trays.

The mice in the experiment began with 156 “founders” that were bred in Potts’ colony, weaned at four weeks, and then assigned either to the added-sugar diet or the control diet, with half the males and half the females on each diet.

The mice stayed in cages with siblings of the same sex (to prevent reproduction) for 26 weeks while they were fed these diets. Then the mice were placed in the mouse barns to live, compete with each other and breed for 32 more weeks. They all received the same added-sugar diet while in the mouse barns, so the study only tested for differences caused by the mice eating different diets for the previous 26 weeks.

The founder mice had implanted microchips, like those put in pets. Microchip readers were placed near the feeding stations to record which mice fed where and for how long. A male was considered dominant if he made more than 75 percent of the visits by males to a given feeding station. In reality, the dominant males made almost 100 percent of male visits to the feeder in the desirable territory they dominated.

With the 156 founder mice (58 male, 98 female), the researchers ran the experiment six times, with an average of 26 mice per experiment: eight to 10 males (competing for six territories, four desirable and two suboptimal) and 14 to 18 females.

— After 32 weeks in mouse barns, 35 percent of the females fed extra sugar died, twice the 17 percent death rate for female control mice. There was no difference in the 55 percent death among males who did and did not get added sugar. Ruff says males have much higher death rates than females in natural settings because they compete for territory, “but there’s no relation to sugar.”

— Males on the added-sugar diet produced 25 percent fewer offspring than control males, as determined by genetic analysis of the offspring. The sugar-added females had higher reproduction rates than controls initially – likely because the sugar gave them extra energy to handle the burden of pregnancy – but then had lower reproductive rates as the study progressed, partly because they had higher death rates linked to sugar.

The researchers studied another group of mice for metabolic changes. The only differences were minor: cholesterol was elevated in sugar-fed mice, and the ability to clear glucose from the blood was impaired in female sugar-fed mice. The study found no difference between mice on a regular diet and mice with the 25 percent sugar-added diet when it came to obesity, fasting insulin levels, fasting glucose or fasting triglycerides.

“Our test shows an adverse outcome from the added-sugar diet that couldn’t be detected by conventional tests,” Potts says.

Human-made toxic substances in the environment potentially affect all of us, and more are continually discovered, Potts says.

“You have to ask why we didn’t discover them 20 years ago,” he adds. “The answer is that until now, we haven’t had a functional, broad and sensitive test to screen the potential toxic substances that are being released into the environment or in our drugs or our food supply.”