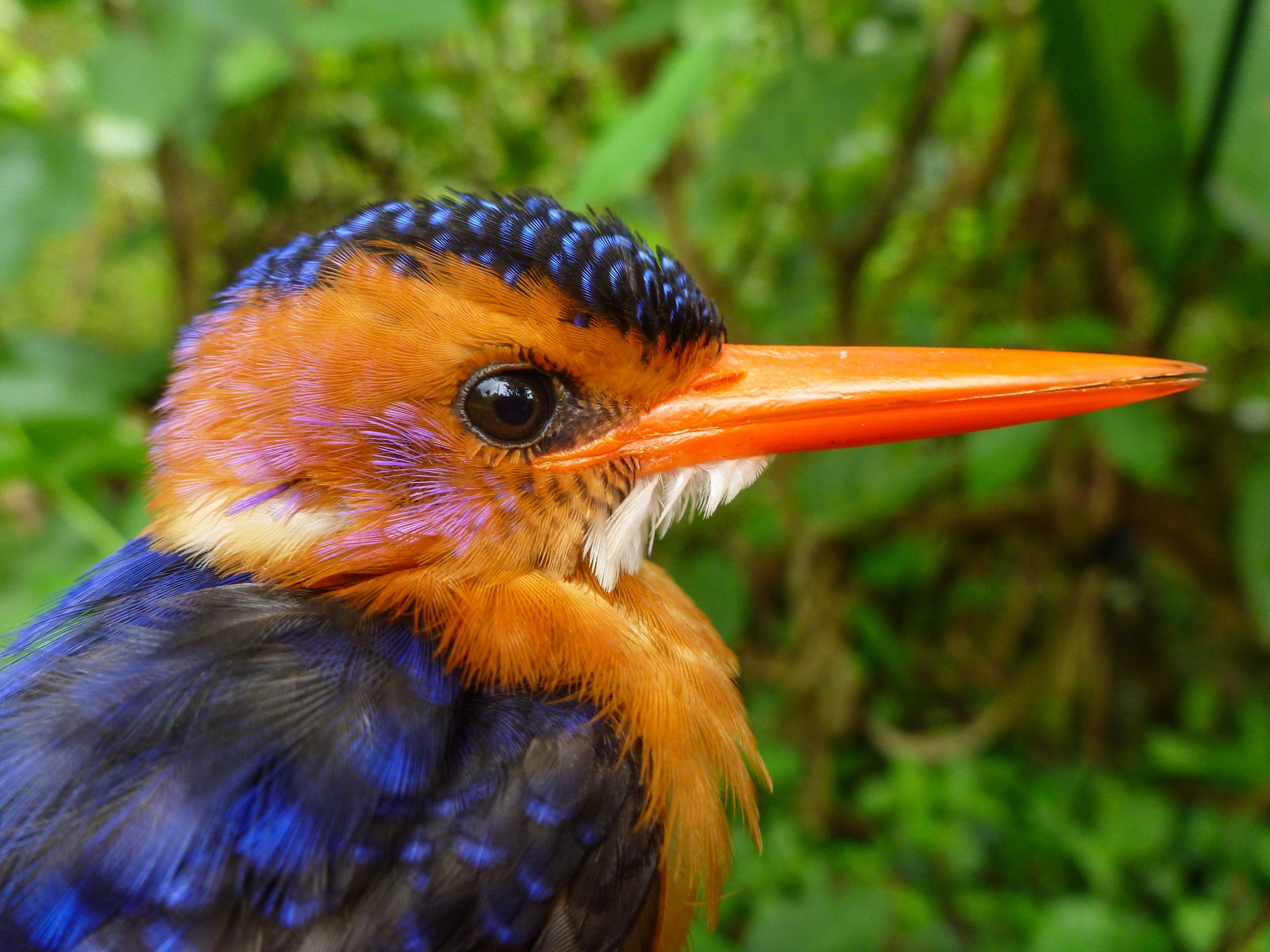 Feb. 5, 2015 – The conservation value of growing coffee under trees instead of on open farms is well known, but hasn’t been studied much in Africa. So a University of Utah-led research team studied birds in the Ethiopian home of Arabica coffee and found that “shade coffee” farms are good for birds, but some species do best in forest.

“Ethiopian shade coffee may be the most bird friendly coffee in the world, but a primary forest is irreplaceable for bird conservation, especially for birds of the forest understory,” says doctoral student Evan Buechley, lead author of a new study that will be published online Feb. 11 in the journal Biological Conservation.

“The best coffee for biodiversity is organic shade coffee in Ethiopia, where the coffee is a native species of the forest,” says ornithologist Çağan Şekercioğlu, the study’s senior author and assistant professor of biology at the University of Utah. “It is grown where it belongs in its native habitat with native tree cover and without chemicals.”

“Not all shade coffee is equal,” Şekercioğlu adds. “Because shade coffee is trendy, there are a lot of commercial plantations in the world where they grow shade coffee under exotic trees, not native trees, so they can call it shade coffee. But it’s not as bird friendly as in Ethiopia.”

“We hope to see increased marketing of Ethiopia shade coffee so the local farmers get a better deal for their beans by keeping the shade coffee intact rather than converting it to open sun farming” by cutting trees, Şekercioğlu says.

The researchers found that all 19 bird species living closer to the ground in the “understory” of forests also were found in nearby shade coffee farms in Ethiopia. However, understory forest specialists – especially insect-eating birds of the forest understory – were found in much lower numbers in shade coffee.

Those forest understory specialists “are among the birds most threatened with extinction globally,” Buechley says. “That they are much more frequent in forests implies forests are really important. Shade coffee isn’t a substitute for forests. But shade coffee provides good habitat for many other species, including migrants from Europe and Asia.”

In 2012, Şekercioğlu conducted a global review of scientific literature and found wooded “shade plantations” for coffee and chocolate have greater diversity of birds than open farmland, but that forests remain the best habitats for tropical birds. He says the new study “gets more specific, and shows that there is shade and there is shade.”

Netting Birds in an African Nation Where Coffee is Crucial

Buechley and Şekercioğlu say coffee is the world’s second-most valuable legal international commodity after oil. Ethiopia is the home of Coffea arabica, the world’s most widely produced and valuable coffee, making up two-thirds of the world market. Coffea robusta – native to tropical highlands in central and western sub-Saharan Africa – is the other main bean used for coffee.

The word coffee comes from ancient Ethiopia’s Kaffa province. Coffee has been cultivated in the region for over 1,000 years.

Coffee is the primary export crop for Ethiopia. The nation produces only 5 percent of the world’s coffee, but nonetheless is the fifth largest producer after Brazil, Vietnam, Colombia and Indonesia, Şekercioğlu says. “Of the top 10 countries that are coffee producers, Ethiopia is the only place where coffee is native.”

Ethiopia is undergoing rapid deforestation from population growth; expansion of open farming for coffee, tea and other crops; and harvesting of trees for firewood or charcoal. The study area is in one of 35 recognized “biodiversity hotspots” on Earth.

“There’s been very limited research on coffee where it’s native. We expect the ecological dynamics will differ from where coffee is an exotic crop,” Buechley says.

The new study was conducted in shade coffee plantations and moist forests at about 6,000 feet elevation in southwest Ethiopia’s Oromia region. The forest canopy contains broadleaf evergreens, including pouteria and olea trees. There are many smaller trees, shrubs, vines, ferns and orchids. In the nearby shade coffee plantations, coffee plants are grown beneath a canopy dominated by silk tree species known as abizzias.

During December-February dry seasons in 2010-12, the researchers studied seven sites: three in forests and four shade coffee plantations ranging from five to 25 acres. They walked to research sites before dawn the day of each netting effort.

To catch understory birds, they set up fine but strong nylon “mist nets” – measuring almost 40 feet long and 8 feet high – by stringing them to bamboo poles. Each net includes pockets into which birds fall safely when they fly into the net.

At least six times every dry season at each site, 20 large nets were set up from a half hour before sunrise to six hours later. The researchers removed netted birds every half hour and recorded the species, age, sex, wingspan, tail length and weight. Then the birds were released.

Ethiopia has 860 documented bird species. Buechley and colleagues netted and identified 1,692 birds from 71 species during 18,177 net hours. Of those, 1,281 were captured in shade coffee and 411 in forest. The researchers then excluded nine species like owls, raptors and ravens too big to be netted, as well as 11 species that don’t consistently frequent the forest understory.

– All 51 species were found in shade coffee, including 19 also found in forests.

– Forest understory specialists, especially insectivores or insect-eating birds, were found in greatly reduced numbers in shade coffee. “That shows if we want to conserve these groups of species, we need to conserve forest,” Buechley says. “And the birds that are found in the forest understory are also the birds that potentially benefit the farmers by consuming insects,” allowing farmers to avoid the costs and hazards of pesticide use.

– “Both species and numbers of forest generalists [birds that can live in forests and other environments] and forest visitors were higher in traditional shade coffee plantations than in forest control sites,” Şekercioğlu says.

– Birds common in forests were specialists with narrow habitat niches; more species in shade coffee tended to be generalists able to live in varied environments.

The biologists said more research is needed to learn if forest species use shade coffee farms to breed or as stepping stones to better habitat, or if the shade coffee serves as a trap where the birds can live but cannot breed due to predators or lack of food.