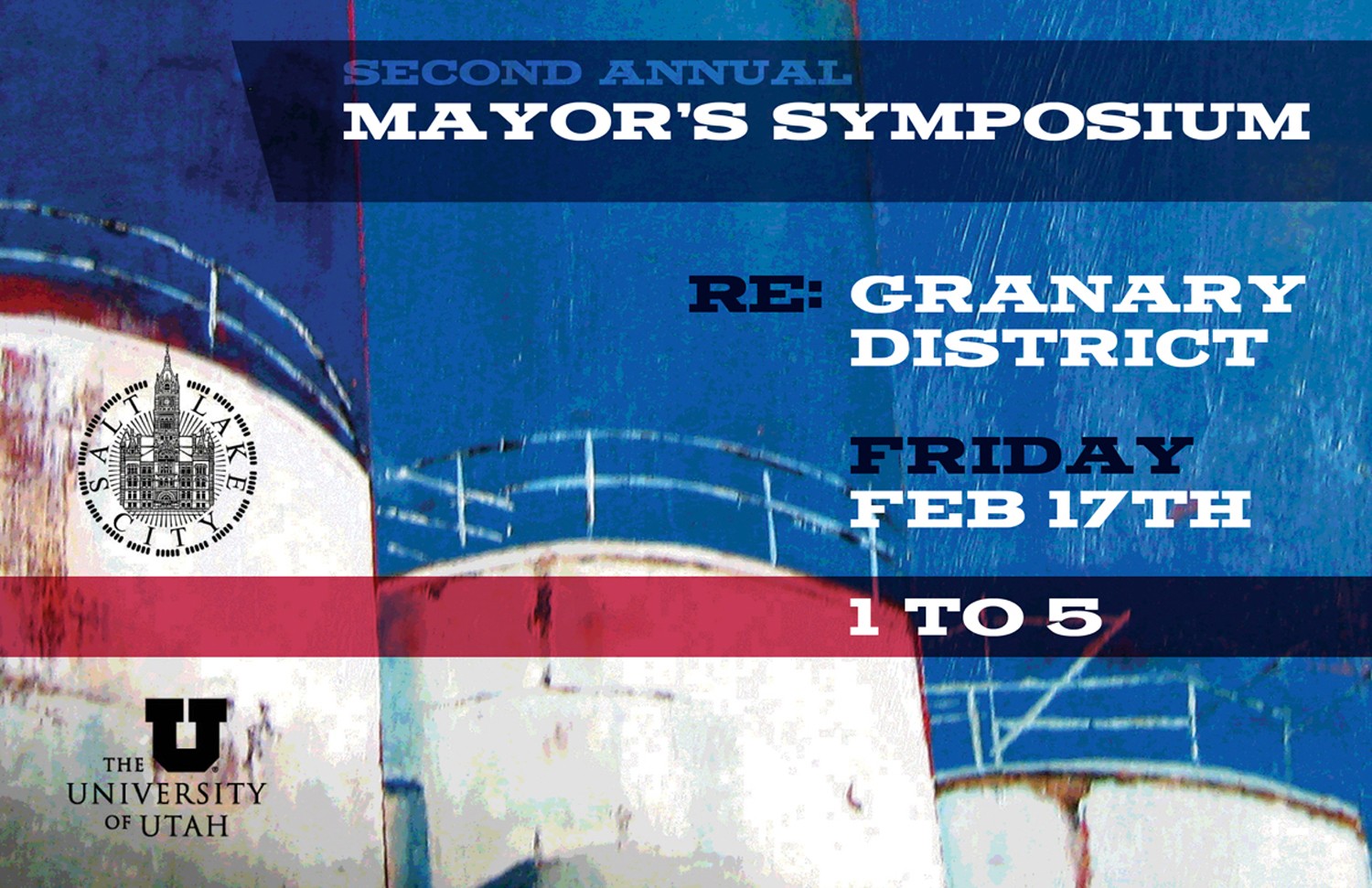 Feb. 16, 2012 – Southwest of downtown Salt Lake is an area of once and possible future vitality, but most commonly driven through—or over.

The Granary District is an area bounded roughly by 600 South, 300 West, Interstate-15 and the I-15 on/off ramp area. Historically, it has been an industrial and railroad corridor. Now it is mainly comprised of low-density warehouses, commercial buildings and many vacant lots. Much is possible say planners, residents and others.

The Salt Lake City Mayor’s Office and the College of Architecture + Planning at the University of Utah are co-hosting a symposium February 17, 2012 to discuss ideas that could transform the area. Proponents believe encouraging new uses and attracting investment could more fully energize a mixed-use neighborhood that is well-positioned between downtown and other urban neighborhoods.

“Opportunities abound in an area that is in close proximity to downtown and transit, has been attracting numerous artists and musicians with affordable studio space, and is home to unique local businesses and a number of historically significant buildings,” says Nan Ellin, chair of the department of city & metropolitan planning at the U. “We find that bringing together stakeholders and experts from the district itself, the city, and around the country can help us build on these assets in the best possible way.”