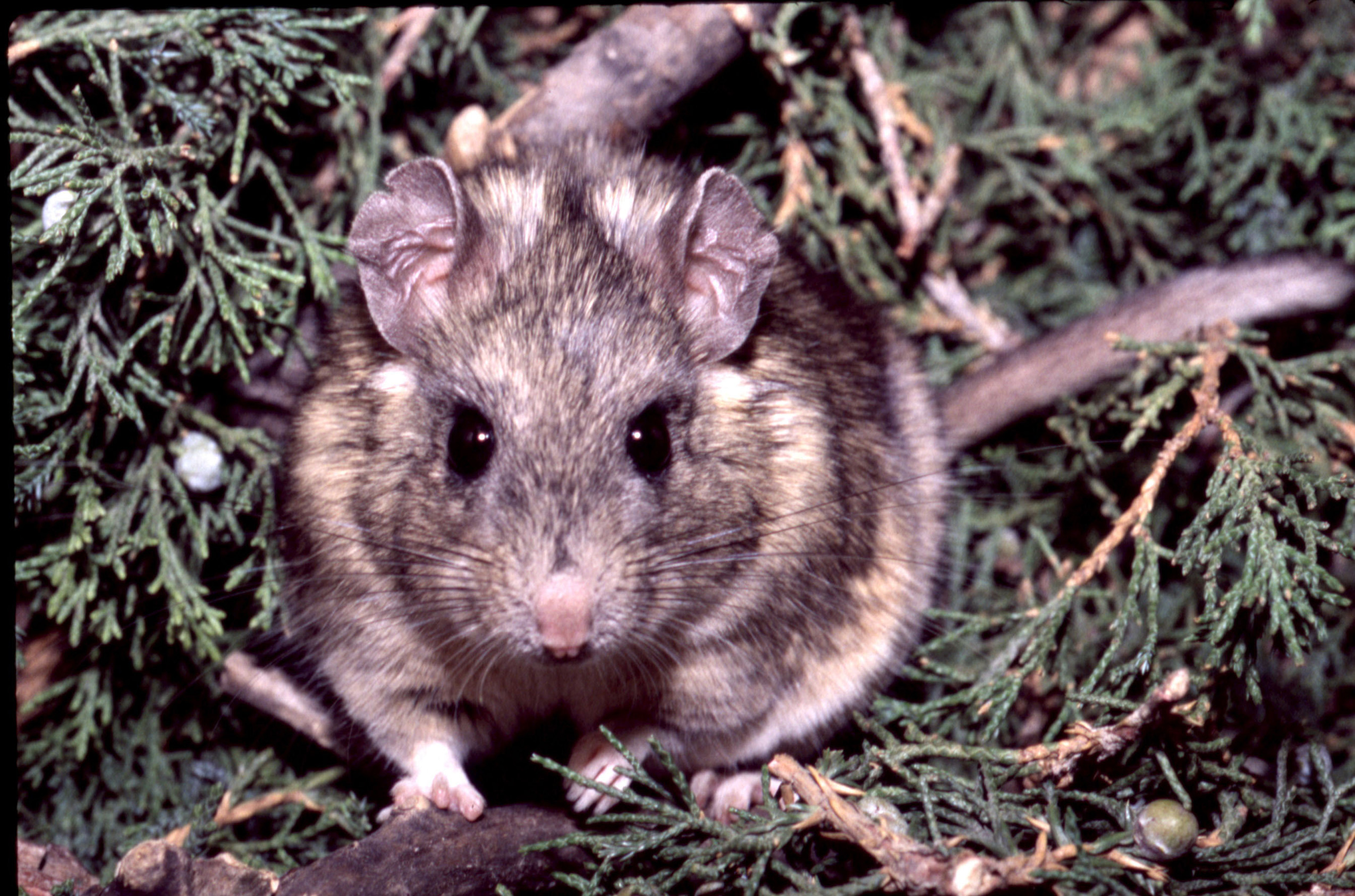 Aug. 9, 2011 – Life is tough for woodrats in deserts of the U.S. Southwest. There are few plants for food, and those plants produce poison to deter rodents, insects and other animals. A new University of Utah study shows how certain woodrats put themselves on a diet to avoid poisoning: They sample a smorgasbord of toxic plants, eat smaller meals, increase time between meals and drink more water if it is available.

“For decades, we have been trying to understand how herbivores deal with toxic diets,” says biology Professor Denise Dearing, senior author of the study, published online Tuesday, Aug. 9 in the British Ecological Society’s journal Functional Ecology.

“This study compares woodrats that eat only a single plant – juniper – with another species that eats several kinds of plants, including a small amount of juniper,” Dearing says. “We were trying to understand how they regulate the dose of toxic chemicals they eat by observing how often and how much they ate.”

The “specialists” – woodrats that eat only juniper – have evolved liver enzymes to metabolize large amounts of juniper toxins, so they did not change the amount of juniper they ate and did not drink more water. But “generalists” – woodrats that can metabolize small amounts of many different plant toxins – actually changed their eating and drinking behavior to avoid an excessive dose of any one plant poison.

Dearing conducted the research with first author and Utah biology Ph.D. student Ann-Marie Torregrossa – who now is a postdoctoral fellow at Florida State University – and Anthony Azzara of Bristol-Myers Squibb in Princeton, N.J. The research was funded by the National Science Foundation and the American Museum of Natural History.

A Tale of Two Species

Plants have evolved an astonishing number of toxins to try to fend off animals that eat them, including rodents and primarily insects. To counter that, animals known as specialists evolved the liver enzymes needed to specialize in eating one or a few species of poisonous plants. Specialist herbivores include koalas, pandas, the greater glider, Abert’s squirrel near the Grand Canyon and some woodrat species like Stephen’s.

Dearing’s research used two species of woodrats from the Southwest’s vast Great Basin. The first is the white-throated woodrat, Neotoma albigula, a generalist that eats several different toxic plants such as juniper, sagebrush and yucca. The second is Stephen’s woodrat, Neotoma stephensi, a specialist that eats 90 percent juniper.

Toxins in a number of desert plants damage the nervous system, disrupt absorption of nutrients, hinder growth and cause water loss and malaise.

“We are interested in knowing how the rats adjust their toxin intake so they don’t poison themselves and die,” says Dearing. “They live in deserts where plants evolved toxins to protect themselves, and the woodrats don’t have much choice in what to eat.”

“A lot people in this field focus on trying to understand how the specialist deals with high concentrations of toxins,” she adds. “But generalists in some ways have it harder than specialists because they eat so many different poisons that they have to know when to stop for each poison. We were interested in whether they do that in the course of a night or in the course of a meal.” The answer: during each meal.

For the study, white-throated woodrats were collected from Castle Valley, Utah, and Stephen’s woodrats were taken from an area near Arizona’s Wupatki National Monument.

Generalist Rats Go on a Diet to Prevent Poisoning

Alpha pinene causes water loss, so rats that doubled their water intake remained healthy enough to stay in the study. Six generalists had to drop out because they lost 10 percent of their body weight, a sign they would die if they continued in the study.

Juniper foliage was collected, ground fine in a blender, dried and mixed with ground rabbit chow. Both nocturnal woodrat species were fed increasing juniper concentrations in their diet for three straight nights each: none, 25 percent, 50 percent, 75 percent and 90 percent juniper.

The rats’ weight, food and water intake, and feeding behavior were monitored during the 15 days. Feeders on electronic balances measured how much each rat ate. A meal began when a rat ate at least 0.1 gram of food. A meal was defined as over when the rat went five minutes or more without eating.

The specialist woodrats maintained or gained weight, and did not significantly change how much or how often they ate. They didn’t change their water intake. But as juniper toxin concentration in the generalist woodrats’ food increased from none to 90 percent, those rats lost weight, cut total food intake and meal size in half, ate 7 percent fewer meals, increased time between meals by 10 percent and drank twice as much water.

The captured animals were given unlimited tap water. How much water the generalist woodrats drank was the only factor that predicted if they were able to avoid excessive weight loss and thus remain in the experiment. They still had to handle the same dose of poison as rats that dropped out, but “we think the water just helps them eliminate it better,” Dearing says.

The findings raise a mystery: how do generalist, white-throated woodrats know when to eat less? What is their poison-detection system? Dearing doubts they simply feel ill and reduce their intake.

“We think there are receptors in the gut that have a way of monitoring the intake of poisons,” she says. “They may be bitter-taste receptors like those on the tongue. Other researchers have found them in the gut of other rodents.” If enough are activated, that may signal the brain to make the woodrat to stop eating as much, she speculates.